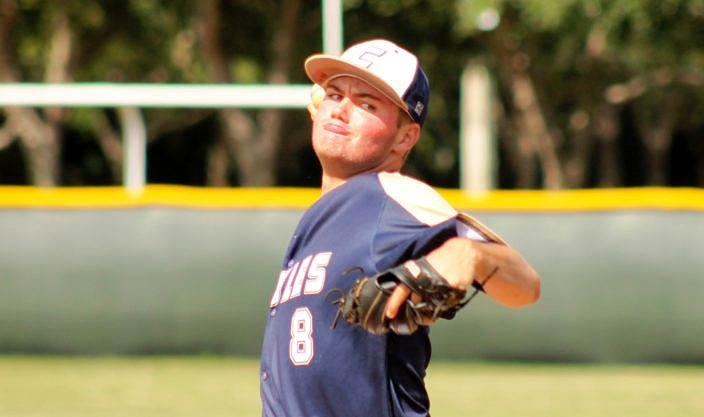 Christian Scott went the distance on the mound for the Eagles.

The Calvary Christian Eagles broke open a tight ball game with a lot of late offense to pull away with a 9-3 victory over Westminster Christian, in a Class 4A regional semifinal Wednesday afternoon. Calvary Christian notched the winning run in the bottom of the fifth, and then created some separation with five runs in the sixth to finish it off.

The Eagles (14-15) will host Florida Christian in next week’s regional championship, with a berth in the state Final Four on the line. The Patriots (21-8) also advanced following a 3-2 win over Westminster Academy on the other side of the bracket.

Knocking the Warriors out of the playoffs for the second straight season was no simple task, as it was a 3-3 contest heading into the bottom of the fifth. Eagles third baseman Roberto Pena helped manufacture the deciding run, as he led off with a double past third base, timed up a pitch perfectly to swipe third and then made an excellent read and slide to avoid a tag and score on a fielder’s choice RBI from Daley Weppner. Pena did not hesitate on the slow roller to the second baseman, and he made a perfect slide to avoid the tag and slap the plate even despite a great throw from the defender.

“I talked to my coach the pitch before and I said that on a ground ball to the right side I think I should go, so I am going to go ahead and take the lead do-or-die right now,” Pena said. “It was already late in the game and we were tied 3-3, so as soon as he made contact with the ball and I saw he started to swing I took off. I was hoping that something could happen, because I know the second baseman has a great arm. I went towards the inside of the baseline, turned towards the other side and touched the inside part of the plate. It was just a lot of energy on that play. It was a momentum change right there.”

With both clubs playing high-caliber, playoff baseball, opportunities were not so easy to come by. Pena succeeded by using his opponent’s aggressiveness against them, as he expected a throw to second that instead gave him an opportunity to capitalize his chances of stealing third base.

“The play before, I knew the catcher’s throw had me, so I knew he was going to try to back-pick me,” Pena admitted. “So I knew if he tried to have me back-picked that I was going to take third. So that was what he did and I took third and took advantage of it.”

The way the Warriors (18-11) battled all afternoon, one run did not seem a comfortable enough cushion. But with one swing of the bat, Mykanthony Valdez helped extend that advantage with a solo blast that ignited a five-run six inning that put things out of reach for Westminster Christian. Valdez came up to lead off the frame and jumped on an offering with a no-doubter that easily cleared the left field fence for his third home run of the season. 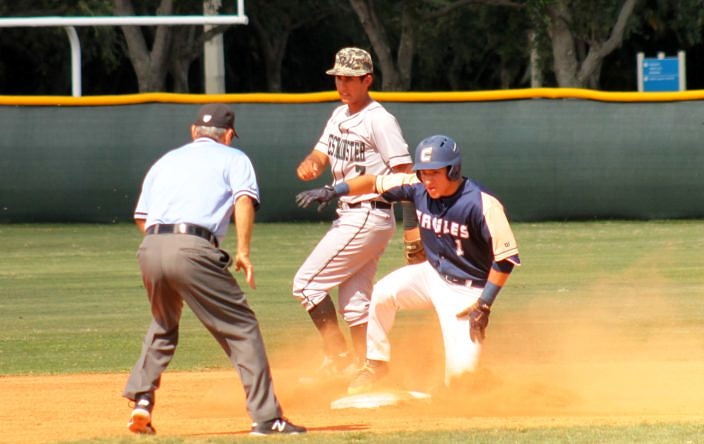 Dante Girardi slides safely into second base, as the sophomore stayed hot by reaching base all four times with three hits and a walk. Girardi is 9-for-11 with a home run, three doubles, four walks and seven runs in the four playoffs games this season.

“Coach has done a great job of keeping us in a tight game every single game, and I had my chance to shine and I did what I had to do to help keep my team in the playoffs,” Valdez said. “Christian got off to a good start and we had some defensive things that we can not change, and we had the spot to tie the game. We just rode the bus after that.”

Calvary loaded the bases to keep the pressure on following the home run. Ben Rozenblum laced a double over the center fielder’s head, Dante Girardi connected for his third hit of the day with a single to left and Raynel Delgado walked. Pena delivered a fielder’s choice RBI, David Judge and Weppner both singled to load the bases again, Ryan Keenan plated two with a single to left and Tyler Knierim capped it off with an RBI single over the shortstop’s reach.

The late offense was the final spark that Calvary starter Christian Scott needed. The senior right-hander finished off his complete-game victory with gusto, retiring the final three batters in order.

“I was confident, especially coming into that last inning after Mykey hit another home run, another big home run in these playoffs,” Scott said. “I didn’t have my best stuff today, but the offense came up big, like they always do. The defense had my back, like they always do. We got outs when we needed to and got runs when we needed to, so it was a team victory for us.”

Scott allowed seven hits and a walk on the day, and he finished with eight strikeouts. He also hit two batters.

“Scott is a grinder; he is a competitor,” Pena said. “Every time we go out there our team is a different team. We are confident and we know that he is going to throw his best game always, and if he does not have the stuff he is still going to pound the strike zone and give us a good shot to win.”

Scott is also one of five players on the roster that was part of the program’s first state title in 2016. Over the time since, Calvary Christian has continued to thrive as a program. Some of the players that helped put this team on the national radar are now enjoying their final playoff run.

“It’s really hard to put into words, but it is amazing what we’ve been able to do,” Scott said. “The culture that we have here is fantastic, and every guy is pulling for every guy and the guy next to him. It is really a team game and we put everybody before ourselves. That’s really what has led to our success.” 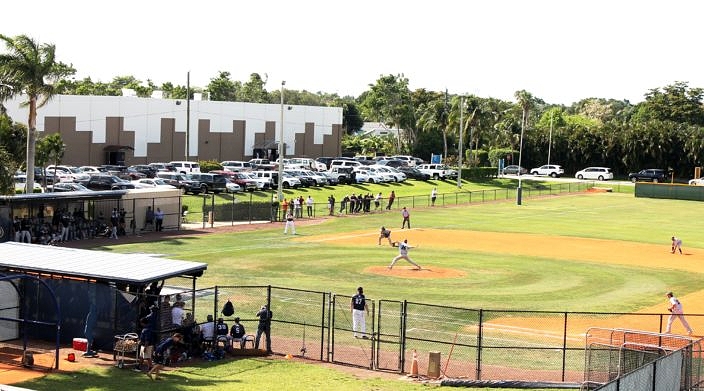