Christmas In May, Coral Springs Headed To Regionals 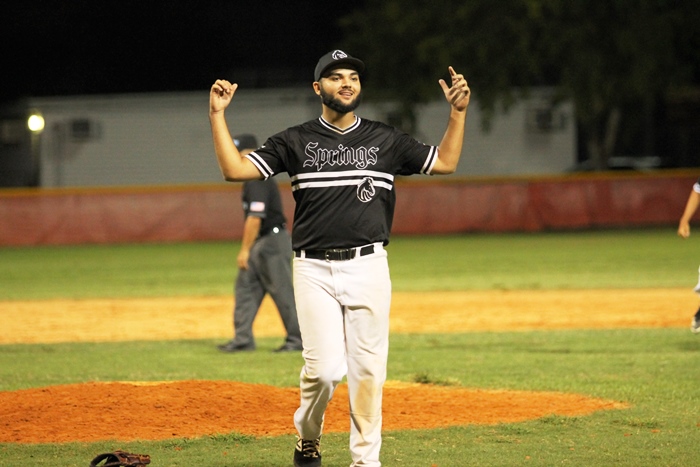 So what is a team to do when facing an opponent that beat them 14-0 and 10-0, while allowing only two hits in two previous matchups this season? In the case of the Coral Springs Colts, their plan was simple. Rely on the magic of Christmas.

Alex Christmas threw a complete game for the Colts, as a couple hundred fans watched the stunner of the district playoffs so far this season, a 4-2 Coral Springs win over crosstown rival Taravella.

“Even though they had beat us twice this year, we felt that if we played mistake-free that we would have a chance to compete and win the game tonight,” said Christmas. “My game plan was to just keep throwing strikes, and when we scored that third run, I knew we were going to win the game.”

The Colts came in with a young squad, and they set the tone for the upset early on. In the top of the second, Jimi Berisko walked, and Julian Henao singled. The runners moved to second and third on a wild pitch, and scored on a base hit by Jordan Brown.

The Colts leadoff man had a rough first at-bat, striking out on four pitches on fastballs that appeared to over-match the sophomore.

It was Brown, however, that made the adjustments necessary between at-bats, and not only drove in the Colts first two runs, but in his next at-bat, launched a home run to left field that appeared to take the air out of the Trojans. 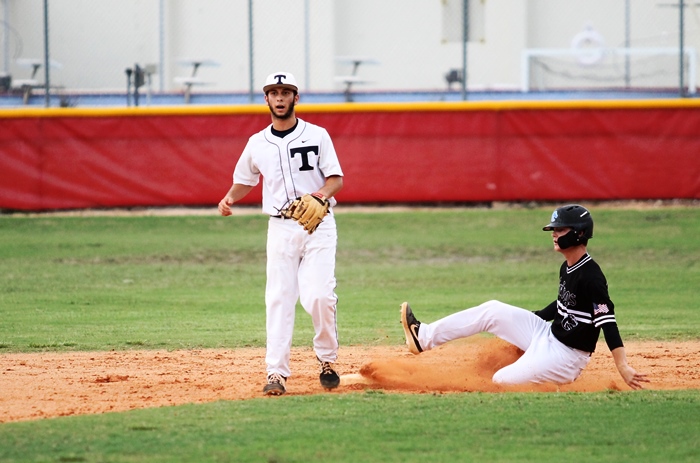 “That first at-bat, I was real late on the fastball,” said Brown. “But in the on deck circle before my second at-bat, I knew I had to get better timing on the pitcher, and I just kept saying, ‘you can’t be late’. Then, I was able to get a pitch I could hit, and the same thing for the home run. It’s just such a great feeling knowing we are going to regionals.”

The Taravella bats could not get anything sustained going against Christmas. Even the balls that were hit hard seemed to find the gloves of Colts defenders. As the innings kept peeling away, Coral Springs was getting more and more confident, and by the end of the seven inning win, it looked as though they felt they were the team that should have been on the winning side.

“We knew we were going to come in here and give it our best shot, and if we played the way we were capable, that we could win the game,” said Colts Manager Mike Federman. “Alex has been good for us all year, and he is always around the plate. He was being aggressive with the first strike, and I’m just happy with the way our guys performed tonight.”

With the win, the Colts now move into the district championship game against Douglas on Thursday afternoon. Coral Springs knows they will once again be big underdogs in that game.

“We get to come out again tomorrow and play another game, go after a district title,” said Federman. “And win or lose, we know we will be playing next week. So we will give it our best shot, and then afterwards start preparing for regional play.” 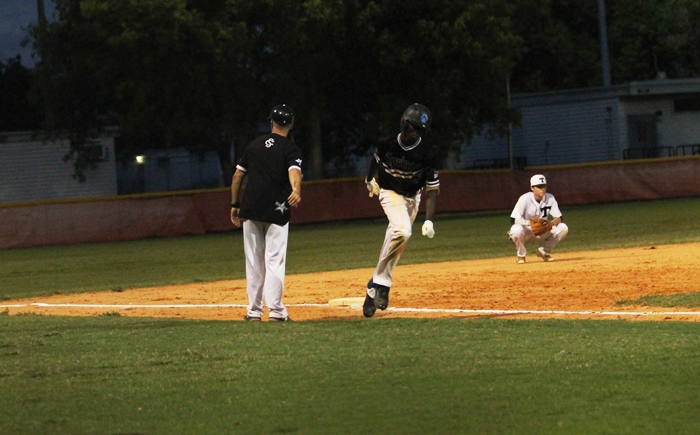 For Taravella, the loss ends what was once a promising season. The Trojans started the year 10-3, but closed the 2019 campaign losing three of their last four. Even before Wednesday, Taravella Manager Joe Giummule saw the writing on the wall.

“It’s no secret that we weren’t playing our best baseball at the end of the season,” said Giummule. “For whatever reason, we just couldn’t put it together at the end. I apologized to the seniors, because when something like this happens, the responsibility to get these guys ready falls on us coaches, and we didn’t get it done.”

Despite the loss and the late-season struggles, the Trojans showed a lot of progress in Giummule’s first season as manager.

“There were a lot of things we couldn’t implement,” said Giummule. “We were getting to know our players, their strengths and weaknesses, and sometimes that takes time. Despite the loss tonight, I am happy to be here, where I am hoping to finish my coaching career, so we will get right back to work and start preparing for next season and beyond.”