Written by Sebastian Caballero on May 8th, 2019 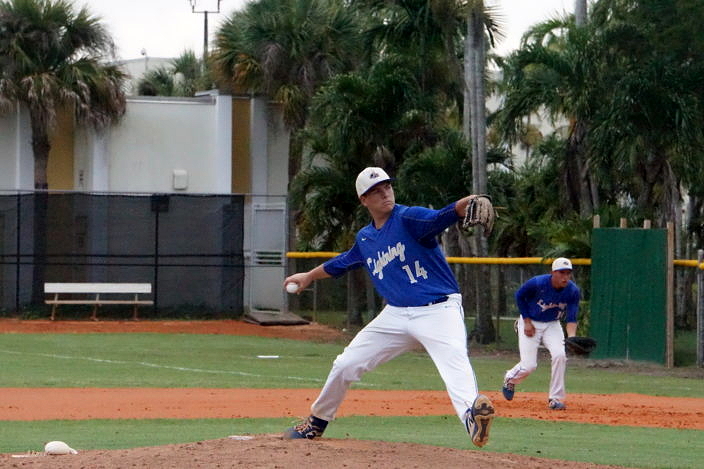 Tyler Nejaime Fans Nine And Picks Up the Win On The Mound.

For the second year in a row, the Cypress Bay Lightning took down West Broward 4-1 to advance to the 9A-12 final.

“Nejaime threw great again,” said Cypress Bay Manager Bo Diaz. “He’s been a bulldog on the mound this year, and always gives us an opportunity to win.”

Cypress Bay jumped out in front early. After Jesus Pacheco reached on an error, and Joaquin Monque singled, Cesar Franco lined one through the right side that allowed Pacheco to score. Juan Correa followed that with a two-RBI double to give his guys a three-run cushion.

“We came out aggressive, and waited for our pitches,” said Diaz.

West Broward starter Nick Hardy settled down after the rocky start, holding the Lighting scoreless until the top of the fourth. In the the fourth it was Cypress Bay’s Nick Boza that came through with a big, two-out RBI single to extend the lead.

But the Bobcats answered back in their half of the frame, with a big solo blast from Roberto Lopez to make it a 4-1 game.

Both offenses were quite the next few innings, as Hardy and Nejaime each found their groove. 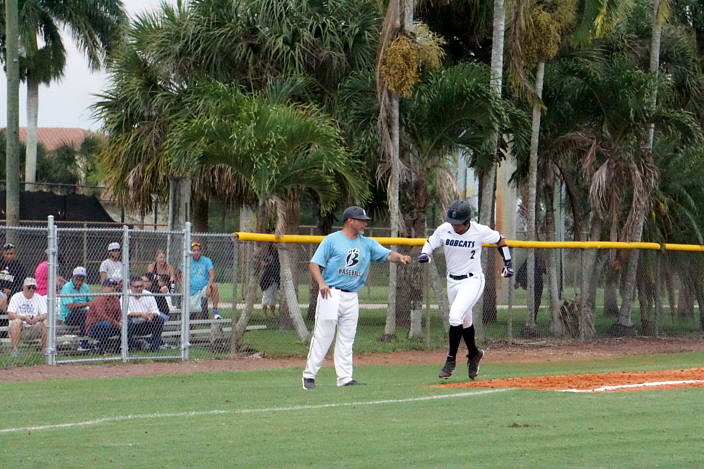 Roberto Lopez Trotting The Bases After His Solo Shot In The Fourth Inning.

Things got interesting in the bottom of the seventh as the game was delayed due to weather. The delay forced Nejaime out of the game. The right-hander said he was disappointed, but had confidence in reliever Jake Isenman to shut the door.

“I was upset because I wanted to finish the game, but I knew Jake behind me was going to get the job done,” Nejaime said.

Isenman came in and got the last two outs on three pitches to end the game, punching Cypress Bay’s ticket to the regional playoffs.

“It’s all about mindset now,” the Lightning Manager said. “By this time of the year, you should be ready physically, but now it’s about to manage emotions through seven innings, and be able to go out there and perform.”

The season comes to a close for West Broward, finishing (11-10-1) on the season.

“At the end of the day they played better than us,” Bobcats Manager Howard Stein said. “It’s unfortunate that it’s been back to back years our seniors have had their season end with a loss to our rival, but I could not be any more proud of my guys.”

Cypress Bay will take on Flanagan in the 9A-12 championship.