District 8A-11 Preview: Who Wants It The Most?

Coral Springs has been dominant in District 8A-11 over the past three seasons, taking the district title each time.

Do the Colts have what it takes to win four in a row, or will a new top dog emerge this year? The top spot is pretty much up for grabs, and the hungriest team may be the one to get there.

Here is a preview of what to expect from the district competitors this season.

“We take a very ‘blue collar’ approach to our game preparation. For me as a coach, it’s a way to teach my players to have that same attitude and effort in life, helping them become future professionals at whatever endeavor they choose.” 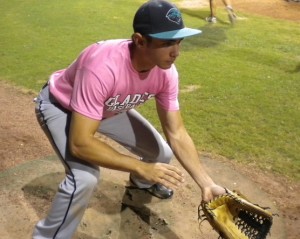 Jacob Melton is Coral Glades’ number one pitcher for 2013.

After several years of frustration of trying to crack the top two spots in the district, Coral Glades finally broke through last year and finished second going into the district tournament.

But in the end, it was only frustration that Coral Glades felt by ultimately losing 10-0 to a perennial thorn its side, Douglas.

The Jaguars are hoping for a better finish this year and know the areas in which they need to improve to make the regional playoffs. Behind a handful of solid returning players, Glades will count on some promising players coming in from the junior varsity team to help it swim rather than sink in District 8A-11.

“To be more successful this year, we have to improve our pitching,” senior pitcher Jacob Melton said. “We’ve got to be solid all seven innings in every game. Right now, it doesn’t look like we may be as strong as we were last year, but we need to work on that as well as we need to get some offense because we lost some good hitters and need kids to step up. In order to compete with all the teams in our district, we need to eliminate errors in the field and make sure we get some offense going so we can score runs and make sure our pitchers throw strikes so we can win games.”

“…our pitching and defense come through.” 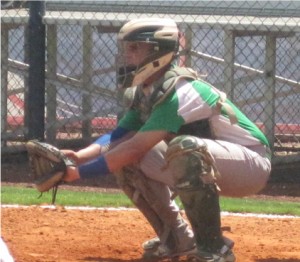 Ryan DeNardo moves up from JV to catch on the varsity team this year.

After losing 13 players to graduation this summer, the Coral Springs baseball program found itself with a lot of voids to fill at all areas.

The Colts this year will rely on quality players coming up from the junior varsity squad to help make up for the loss of all their key pitchers in addition to the loss of big bats Lewis Brinson and Alan Sharkey, both of whom were drafted in June.

Despite the challenge that lies ahead for the three-time defending district champions, a sense of optimism abounds among the players and coaches.

“We’ve got a good group of players coming up from JV that were very successful at that level, and we’re trying to get them experience through the summer league and the fall league so that when the regular season starts in the spring, they will have been playing together against this level of competition and hopefully they’ll be able to produce on the field,” Colts manager Frank Bumbales said.

Bumbales will be counting on several players with little or no varsity experience to maintain the success the program has become accustomed to over the past few years. One of those players is catcher Ryan DeNardo.

“We play with hand we are dealt and don’t go out and get players to come in. We play with our players.” 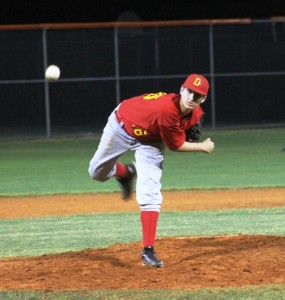 Matt Simons will pitch for the Bucks this year.

The Bucks are decidedly young this year after losing eight players to graduation. Some of the players who are seniors this year are looking for big things from freshman players such as John Barnwell and Frankie Machete.

Senior infielder JP Holgerson, who is going into his fourth year on the team, is among the players who are welcoming the freshman with open arms.

“We’ve got a couple of freshman who are good in my eyes,” he said. “They’re going to help us a lot.”

Holgerson plans to guide those younger players and help them along.

“I’m going to try to be a senior leader, step up, just try to help us whenever I can and do whatever I can, do the little things to help the team,” Holgerson said.

BJ Johnson is another senior player who is going into his fourth year on the varsity team. He was once a promising freshman and believes in fresh-faced players trying to make a name for themselves.

“We are hungry and will fight to the end. There will be no quit in this team.” 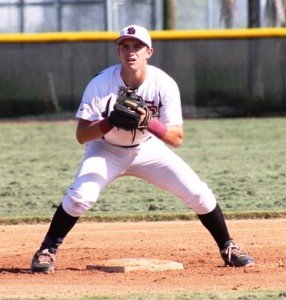 KJ Mayo returns for the Eagles this season.

These are unfamiliar waters for the Douglas baseball team. The Eagles and their fans have grown accustomed to winning district championships, but the past three years, Douglas has passed the district torch to Coral Springs and now the Eagles are hungry to get back on top.

Last season, former American Heritage manager Todd Fitz-Gerald took over the reigns at Douglas, and it has been a process for Fitz-Gerald to get his players to fully understand his system.

“Last year, everything was new,” said Fitz-Gerald. “I spent the year installing a system and getting to know players, and the players spent the season getting used to the way me and my coaching staff does things. It was a learning process for all, and now with a year under our belt, I think things are running much more smoothly.”

The 2013 version of the Eagles team will be much different than last year’s squad. In 2012, Douglas rode the arms of John Valek, Brandon Dreichler and Jonathan Lipinski. The three seniors combined to go 15-2 and helped the pitching-strong Eagles to a 2.94 ERA. All three of those standout pitchers have graduated, and it has left a void on the mound. Seniors combined last year to throw 137 out of 150 innings for Douglas.

“We may be a young team, but we will battle and fight in every game.

Stability is something that has been lacking at Piper as the program is on its third manager in just a few years. 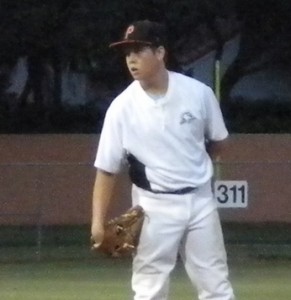 Zach Crosno will be Piper’s ace this year.

Don Collins, an assistant football coach at the school the past two years, recently accepted the job and plans on molding the quality pieces he has to work with into a masterpiece.

If the name sounds familiar, it’s because Collins was the manager from 1996 to 1998 back when Piper was a Class 5A school. He led the program to a district championship his first year, and the 1998 team finished as district runners up.

Collins brings college experience to the Bengals, having coached at Tennessee Tech.

Because of previous commitments at the school, Collins, an advanced placement U.S. and European history teacher, hasn’t been able to coach the team much this fall, although he is leading the effort to get the team more physically fit with a weight-training conditioning program. On the field, Mike Cuminale and Mark Lindsay are doing the coaching.
Continue reading…

“I would want people to know that this is a great group of young men that is driven both academically and athletically. I would want them to also know the pride that they have for their baseball team and school.” 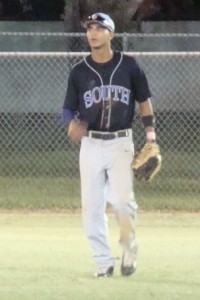 Kendrick Gomez has been through the good times at South Plantation when the program was competitive.

The team’s new manager, a former assistant coach at the school, said times are different now after the program has been left unstable through the course of managerial changes over the past few seasons. Gomez is working to change the negative attitudes and turn around the program.

“We’re going through some rough times because the kids are just not used to winning. They’ve had three different coaches in the past three years,” Gomez said. “They just don’t trust what I’m trying to build here. They don’t trust what I’m telling them, especially the seniors. We return nine starters, so we should have a successful season in that sense, but by the same token, having those seniors back again, is having a bunch of seniors who have had three different coaches. If it was only three or four seniors, I would only have to have three kids believe in me, but right now, I have to have nine guys believe in me. That’s the hurdle we have.”

Gomez, who served as assistant coach for former managers Mike White and Paul Liotti, said he has the respect of the players through his position at the school. The players are familiar with him and that has made the transition manageable.

A new era is beginning at Taravella, where Alan Clark begins his first year as the team’s manager. The former assistant coach will be tasked with trying to help the Trojans regain the glory days when the program was neck and neck with Douglas for the top spot in a district that has seen Coral Springs evolve into the team to beat. 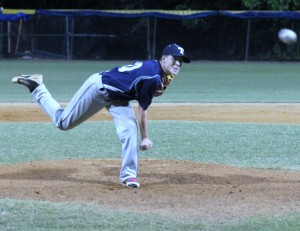 Chris Verardi could be an innings-eater for the Trojans.

Clark takes over for Jason Stein as the program, coming off a 7-13 campaign last spring, is on its third coach since last year and will try to bring a sense of stability. Already some of the players are buying in and are expressing confidence in Clark.

Jack Kelley is entering his third year on the varsity team, so he has been through the coaching changes.

“[Clark] brings organization,” Kelley said. “He brings talent. He brings fun, because if we’re not having fun out here, we’re not winning. We’re having fun this year. He’s teaching us how to hit, how to pitch and fundamentals. He’s doing everything he can.”

Kelley’s teammate Matthew Majewski said Clark has the traits of a successful manager.

“He brings experience because he knows how to get everyone ready for a game, how to keep us energized,” Majewski said. “It’s fun having him around. He actually understands the kids.”