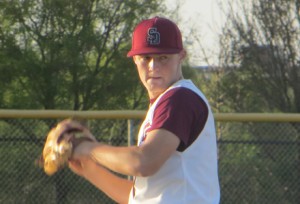 Despite having a ridiculously young pitching staff, the Douglas Eagles are back on top of 8A-11 again.

Powered by a shutout from sophomore starter Max Boling, Douglas held off Coral Glades 4-0 on Thursday night as the Eagles claimed their first district title since 2009.

“We graduated 154 innings of pitching last year,” Eagles Manager Todd Fitz-Gerald said. “We had zero innings of varsity experience coming into this season, so for him (Boling) to do what he did tonight, along with all the other guys, it’s been a testament to them.”

Boling got himself out of a massive first-inning, bases-loaded, no-out jam and then thrived from there, allowing just six hits and striking out four.

“He’s a strike-thrower,” Fitz-Gerald said. “He kept them off balance, got ahead and didn’t walk anyone. He didn’t get loose enough in the first inning, but he got out of it, and that was a big momentum-killer.”

Coral Glades (13-8) got a nice outing themselves from starter Christian Dominguez, but that first inning took a lot out of the rowdy home crowd, and the team never really recovered. 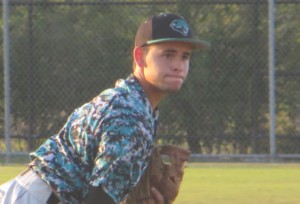 Only in the fifth inning did the Jaguars really threaten again, when they left runners on second and third. That was the only time in the final six innings that they got anyone past first base.

“We wanted to get greedy,” Jaguars Manager Jorge Miranda said. “We accomplished a goal, but we set a new one to win a district championship. We didn’t play great defense, gave up a couple of runs early. Boling shut us down, and when we hit the ball, we hit it right at people. Still, we were competitive.”

The Eagles (18-4) opened the scoring in the first inning when a Luis Silvero single was misplayed in the outfield, allowing Daniel Ruiz to score from first.

Another error contributed to the second Douglas run, as Silvero drove in Derek Fritz, who had advanced to second on an error after reaching on a single.

The lead grew to three in the fourth when K.J. Mayo knocked Boling in with a single, and then the Eagles tacked on their final run in the sixth when Zach Johnson doubled and then scored on a wild pitch.

Dominguez tried his best to keep his team in the game, going the distance himself, allowing three earned runs, striking out seven and picking up a hit at the plate, but it just wasn’t enough.