Bengals Claw Their Way To A Key District Win 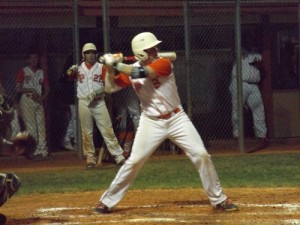 Ryan Taylor went 1-for-3 with a SAC, and run scored in Pipers district win.

In a rearranged District 8A-12, two familiar schools clashed Wednesday night in the first of two big district meetings over the next eight days. Five teams make up the new district, but only four of those five will make the tournament when the season comes to an end.

Despite the new district arrangement, Piper and South Plantation have been battling for years in the same division. Wednesday night was just another fight between two teams trying to make the postseason.

With two big, four-run innings, Piper was able to overcome South Plantion 8-5 in front of their home crowd.

“District win, we needed that,” said Piper Bengals Manager Donovan Collins. “We came out hitting the ball, which is something we haven’t done early in games. Then we had one of our typical bad innings where we made some errors and mental mistakes, which let them back in the game. But I am proud of them, they fought back and scored some more runs after they tied the game. That’s what I’ve been looking for. I have a young ball club here and that’s the key. We keep making small steps and we will get there.”

In the first inning fireworks exploded for both teams.

Visiting South Plantation took an early advantage that was started by leadoff sophomore Tyler Hudson. Hudson walked and later scored on an RBI single by Mike Mele. South Plantation had to settle for just one run in the first after leaving two runners on, which seemed to be a theme for them last night.

“Our choices at pitches we were swinging at is shaky as best,” said South Plantation Manger Ryan Manuell. “We’re a better offensive team then we are showing. I felt like the pitching we faced and five runs was not even close to what we should have had. Timely hitting on their part, poor defensive plays on our part and that’s the result.”

In the home half of the first, Piper answered with a bang. Michael Cuminale reached on a double to get things started for the Bengals. Immediately following the double, Eric Rath pulled a ball to right field, which drove in the first run of the inning.

A lineup full of sophomores, Piper sent cleanup batter Ryan Taylor to the plate. Taylor delivered the Bengals’ third straight hit. Gregory Snyder then stepped in the box looking to keep the chain moving. It was four sophomores in a row, four hits in a row, and four runs total. Snyder turned on a ball and hit a three-run homer to deep left to give the Bengals a 4-1 lead.

“It’s an amazing feeling; I didn’t get much at-bats last year as a freshman. I just worked hard in the off-season and it was just a showing of what hard work could do,” said Snyder about his first career home run. “I am used to having pressure put on, and I am naturally just going to play to the best of my ability whether my team backs me up or not. But I have enough trust in them that they will back me up 100%, as they did again today.” 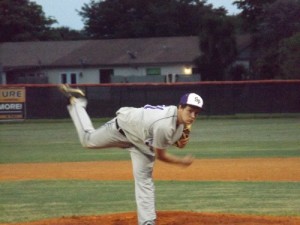 Nick Gado struck out eight, despite the loss for South Plantation

South Plantation’s Nick Gado settled down after he gave up the long ball to Snyder. Gado kept the Paladins in the game by not allowing another run over the next three innings, and struck out six of the next nine he retired.

In the top of the fourth, Piper’s starter Eric Rath was faced with a jam. After the first two batters walked, the Paladins found hope and looked to capitalize on the mistakes.

Jerrell Franklin drove in the first run of the inning to start the rally for South Plantation. Able to take advantage of walks and miscues, the Paladins ended the fourth with three runs of their own, evening the game at four apiece.

In the bottom of the fifth Piper turned back to their sophomores for another big inning. In the first the Bengals jumped on the pitcher and smacked the ball all around the field, while in the fifth they used patience and small ball to open the lead back up. Erick Schlecker delivered the go-ahead, bases loaded two-run double to give Piper a 6-4 lead and knocked Gado out of the game in the process.

“My first couple at-bats were not the greatest, I had some really bad swings,” said Schlecker. “But my third at-bat I saw the last pitch out of his hand and knew a curveball was coming. I swung the bat and good things happened. In relief, I just came in like previous games, pitched the ball, threw strikes and good things happened again.”

Schlecker, who came in relief for Rath, gave himself enough run support with his double to finish the game off. For Piper it brought a much-needed district win.

South Plantation was faced with illnesses from three of their starters, who were unable to play, and they made untimely errors leading to the loss. Not being able to get the big hit when needed, nor getting the out in the clutch moment, resulted in disappointment for Manuell and the Paladins.

These two teams will face off next Thursday in another key district game, which Manuell believes will be a different outcome with a healthy lineup.