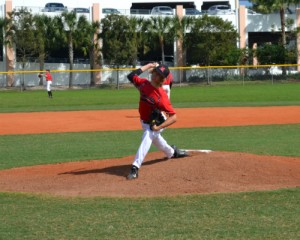 Overview – Monarch has secured a spot in the district championship, as well as earning a berth in the regional playoffs. Now the Knights await the winner of the semifinal to see who they will face off against for the district crown that has alluded them the last two years.

1. Monarch – It has been a special season for the Knights this year. Not only has the club been successful, but the players have done it by playing excellent team baseball. The results have been a product of the effort, and the club is hoping it will lead them to a lot more than just a regional playoff berth.

“We’re tired of losing in the first or second round; we want to go farther,” Monarch Manager Joe Franco said. “One of our goals is to win a district championship, but our main goal is to get to the dance and give ourselves an opportunity to get to the state tournament. It will be nice to win the district championship, but we really want to get to that state tournament. That’s our goal and that’s our focus. I think all the guys are pulling in that one direction, and that is to get to states.”

A group of newcomers with regional playoff experience have helped boost the offense this year, as Manny Rojas and James Buckley both came to the team from successful programs the year before. The duo have led the Knights hitters, while also helping to manufacture runs by leading the team in stolen bases.

Monarch has gotten pitching beyond what it ever could have asked for. Joey Hennessey, Matt Rumpf and Joey Gerber have all emerged as reliable hurlers capable of leading the team to victory. The trio has combined to account for nearly all of the team’s innings this year.

2. Northeast – The Hurricanes have been a tough bunch to figure out. The team has had some quality wins and also some tough losses, but has still played its best baseball in district games. This led to a season sweep of the Flying L’s to earn Northeast home-field advantage in the semifinal meeting. The final swings could be crucial in such an even pairing. 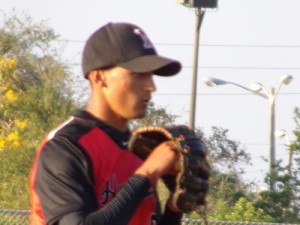 Northeast is led by some stellar seniors, such as Isaiah Blackwell and Aaron Cooper. Blackwell has emerged as the team’s top arm, while Cooper has been valuable both as a pitcher and also a one of the top base-stealing threats in the county. How these guys go is typically how the team goes too.

The club has some nice young talent that is still just beginning to blossom. Freshman catcher Nico Rendina is one of the most promising young players in the area, and shortstop Robert Robinson is also improving with every game.

First-year Manager Dave Hollingsworth has his team headed in the right direction, and getting them into the playoffs could be a big step forward for the program. In order to do that the Hurricanes will have to get past Hollingsworth’s mentor, Flying L’s Manager Terry Portice.

3. Fort Lauderdale – The Flying L’s are the reigning district champions, although it will be a tough task to hold onto that crown this season. After graduating the majority of its roster this year, Fort Lauderdale has slowly come along with a young new crop of regulars. There have been some growing pains, particularly on the defensive side of things.

The team has been led by senior Reese Blankenship, who has split time between his natural position at shortstop and also behind the plate. Blankenship has helped to provide some stability in the infield corps.

While most teams often struggle at the plate, a few good young hitters have emerged. Trevor Jones leads the club in hitting, while Daniel Silva and Hassan Westbrook have shown improvement this year. Silva also leads the club on the mound, where he splits time with Michael Reiskand as the top two starters.

Manager Terry Portice always gets the most out of his guys, and that expectation will never change. Effort is the first step towards success, and the Flying L’s are always regarded for the way they go after it.

“The biggest thing is respect,” Portice said. “If your team respects you then they will do what you say. You’ve just got to show them what to do and lead by example. You’ve got to do it first. Your attitude and your hustle everyday at practice is what will show in the games for us. Our teamwork in general is just always 100%.”