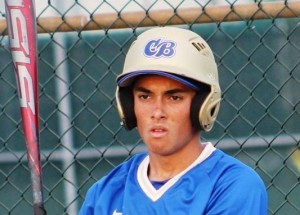 Overview – This district is as much up for grabs as any, which is an indication of the deep talent represented by the four teams vying for the title. It was a close race all season for seedings, and the top spot was determined until the final inning of the final district game when Cypress Bay walked off on Western to steal the coveted top spot. Those two longtime rivals could make for an exciting rematch in the district championship, as it is typically a close and thrilling battle between them.

Cooper City and Piper could have plenty to say about that. Cooper City is strong on the mound and on defense, which is also the strength of the Bengals. The championship meeting could just as easily end up being these two lower seeds.

With these teams so close, predicting which will prevail is nearly impossible. Over the past two seasons since these clubs were pitted into this district together there has been a lot of clean and competitive baseball played between them. Expect plenty more of the same in the district playoffs.

1. Cypress Bay – The Lightning are the defending district champions, and the club has more than enough ability to make another run to defend that crown. After a rollercoaster season, a repeat championship would be a great ending to the ride. The Lightning feature a young offense that is still learning on the fly, yet succeeding thanks to the chemistry and togetherness the players have shown.

Cypress Bay may lack the veteran experience and leadership to make a serious run at a state title, but it certainly has the strength of an ace on the mound that is capable of carrying the team there on his own. That ace is senior Luis Sucre, who finished as one of the top hurlers in the district. The right-hander posted career highs in his second season leading the pitching staff.

Sophomore Greyson Fletcher has slowly come along as the team’s second starter, posting valuable innings in his first full varsity season. The team may lack depth and experience right now, but Fletcher has been a great example of the full measure of heart these players exhibit.

“This team always plays with a lot of heart and we did not give up,” Sucre said of his teammates.

Christian Nehls, Alex Abella and Anthony Figueroa have come up with big hits down the stretch for the team. No hit was bigger than that delivered by the sophomore Nehls, when he connected for the winning hit to lift the Lightning past Western for the top seed.

The players have shown they have the grit and determination, and now it is about channeling that energy and using it to their advantage in the playoffs. 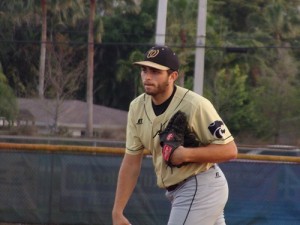 2. Western – Western will have its hands full with Cooper City. It is tough to beat a good team three times in the same season, but that is exactly what the Wildcats must do in order to extend their season and finally get to the regional playoffs.

George Helbig was crucial to the team’s success this season, and most particularly against the Cowboys. The senior emerged into one of the top pitchers on the squad, and he delivered two complete-game victories in the two meetings against Cooper City. Now Western has the option to let him continue his dominance or throw some new looks at them in the playoff contest.

The Wildcats have some other good options on the mound. Trent Massaro has been a workhorse for the team the past two seasons, and Anthony Gutierez, Alex Bertot and Alex Pousa lead a deep and talented bullpen.

The team has had to lean on the pitching and defense, as the offense has not been as successful in scoring runs and staking big leads. The team has hit well, led by Anthony Urso and Weylin Cleri, but David Flores leads the squad with just 15 RBIs and Erik Lassman added 11 as the only other player with double digits in this area.

“There has just been no real consistent offensive success,” Manager Paul Barnes said. “We have manufactured one or two, but it’s come down to getting one big hit.”

The formula still led Western to a winning record and a top seed, and the club was a few outs away from being the top overall seed. If ever there was a season the Wildcats can put it all together and make a historic run, now is that time. 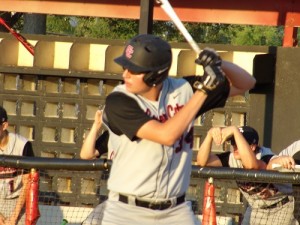 3. Cooper City – The Cowboys are also under the leadership of a new Manager this year, with Chris Delgado leading the charge. Cooper City finished with its second consecutive winning season and comes into the district tournament as capable as any to make a run.

The Cowboys were able to string together some wins at the end of the season to bring some momentum into the meeting with rival Western. The Wildcats swept the season series by a combined score of 11-1, so the club will take any positive advantage it can find.

Cooper City mixed a lot of different pitchers at Western in the two games this season, and that sample should help all of them be prepared to take another crack at it. Pitching has been the strength of the squad, with senior Joey Cutrone leading the staff. Jeremy Brower and Angel Almonte have also been strong additions to the starting staff, while Luis Maldonado, Tyler Sabine and Chris Diaz headline a deep bullpen. Lefty Jack Schmidt is another dangerous arm at the team’s disposal.

The offense has not been as successful in getting runs across the plate. Steve DiPuglia has had a strong season to lead the club, and Robert Shanley has also hit for a strong average. Jonathan Miller and Cole Kantor have been the top guys to drive guys in, although the club continues to work to improve in this area.

“We’ve got pitching and we’ve got hitting; we’ve really got it all. Now it’s just about coming together and getting them clicking on the same cylinder,” Delgado said at the start of the season.

4. Piper – Under first-year Manager Pat Pisani the Bengals posted their first winning season since 2010, and now the club is seeking its first district playoff victory since 2013. Piper has always been an unpredictable squad, the sort of underdog one never wants to overlook.

“I think we are a good ball club and we are making good strides,” Pisani said earlier this season. The Piper Manager believes in his players and knows they have worked hard for the team.

In a division as tight as this, even as the lowest seed against the top club the Bengals are still an even match with Cypress Bay.

Over the past two seasons since this district formed Piper has not fared well against the Lightning, however. The Bengals have gone 0-4 against them over that stretch, with the most encouragement coming from a close contest their last time out in a 4-1 defeat in mid-March.

Both sides have an ace, and for the Bengals that guy is junior Eric Rath. With Rath on the hill, Piper is capable of winning against most anyone. They also have the added benefit of hard-throwing junior Joe Sallustio as an excellent second option on the mound.

These two classmates are also a major part of the team’s offensive production. Piper has not been as successful in scoring runs even though the squad has hit for a decent team average. There is no better time than now for the club to deliver a few timely hits.

Junior Greg Snyder is enjoying a career year in his third varsity season. The catcher leads the team in home runs, and is among the leaders in hits and RBIs, while posting career highs across the boards.