Chaminade Tops University To Advance In 4A-14 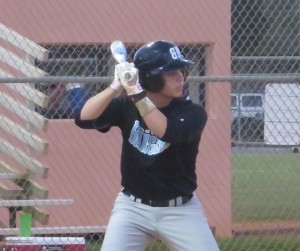 Nick Izquierdo hit a sacrifice fly to drive in a run in the eighth inning.

Chaminade-Madonna and University School split during the regular season with the two games decided by a combined three runs. So it was fitting Monday that the two teams battled to eight innings, with the Lions scoring three runs in the final inning to come away with a 4-1 win in a 4A-14 play-in game at Nova Southeastern University.

Seventh-seeded Chaminade (12-13) advances to a quarterfinal against third-seeded Somerset at 7 p.m. Wednesday at NSU.

The Lions scored the decisive runs in the top of the eighth on a two-run error, allowing Brendan Tuttle and Shane Stockelman to score. Nick Izquierdo added a sacrifice fly. Stockelman finished 2-for-4 with two runs, and Tuttle went 3-for-3 with a run.

Aaron Antonini hit a sacrifice fly in the top of the third to score Stockelman to give the Lions a 1-0 lead.

Evan McKendry tossed a gem for the Suns, going seven innings, striking out six and allowing four hits. The Suns (13-14) plated their only run in support when Evan Klugerman scored on an error in the sixth. Klugerman went 2-for-3 with a double.

Junior right-hander Michael Blanco got the win in relief for the Lions, pitching two innings and allowed no runs. Starter Michael Callari struck out five in six innings, allowing no earned runs.