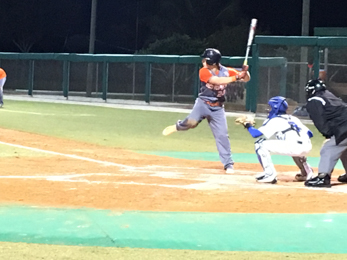 Joe Spano collects the first two RBI's of the night.

Piper got a strong performance on the mound to earn a 10-1 win over Community School on Friday night. The Bengals starter Eric Rath pitched five innings and struck out seven to give the Bengals the victory.

Seahawks starting pitcher Peter Barthlome started the game with back-to-back strikeouts in the top of the first before giving up a single to Eric Rath. Greg Snyder found his way on after being hit by a pitch. With two runners aboard Joe Spano hit a double to score both runners and give the Seahawks an early 2-0 lead.

Eric Rath gave up a single to the Seahawks leadoff hitter Dyllan Chappel, but he then proceeded to retire the next twelve batters he faced before giving up a walk in the fifth inning.

“I had all my pitches working for me tonight,” said Rath.

The Bengals came to life in fourth inning, scoring a total of four runs. Joe Sallustio got the inning started with a hard line drive hit past a diving shortstop. He was then able to advanced to second on a ground ball, where TJ Samler then moved him over with a sacrifice bunt.

The number nine batter, Enrique Guilbee, then draw a four-pitch walk to put runners on first and third. An infield error allowed both runners to score. Two more runs would cross the plate before Peter Bartlome would strike out his fifth batter on the night to end the top of the fourth inning. 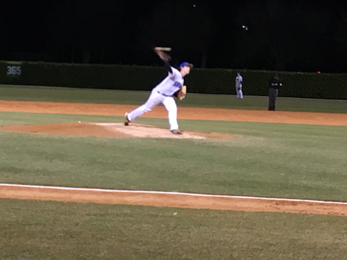 Peter Bartlome started the game for the Seahawks.

“Bunting the baseball may be a small thing but sometimes it ignites an inning for your team,” Piper manager Pat Pisani said.

After Joe Sallustio collected his seconded hit of the night in the top of the fifth Ryan Taylor reached on an infield error, putting runners on first and second with no outs. TJ samler lay down his second sacrifice bunt of the night, putting both runners in scoring position. The Bengals scored a run in the fifth, bringing their lead to seven.

“I just tried to move the runners over and do my job,” said TJ Samler.

The Seahawks refused to be shut out and had a late rally in the bottom seventh. Seahawks first baseman Otto Preston hit a hard ground ball double down the third base line. He was then replaced by pinch-runner Enrique Taboada. Sam Dedio hit a single up the middle to score Taboada, giving the Seahawks their first run of the game.

“The thing I was happy with tonight was the way my team hung in, and was able to score a run late in the game,” said Community Seahawks manager Chad Ott.