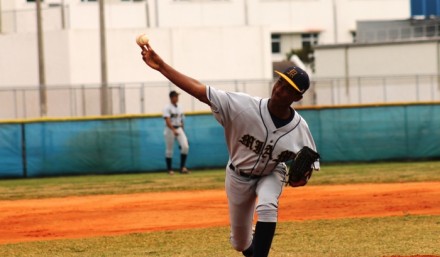 Javier Alvarez and the #9 Miami Senior Stinagerees pulled off a 5-2 upset over #8 Keys Gate Charter.

The Madness was in full swing in Saturday’s Black Bracket action, as three underdogs pulled off upsets to shake things up.

The Stingarees will now face top-seeded Coral Glades, as the Jaguars won 3-2 over #16 Boynton Beach. Coral Springs Charter will square off with #2 Miami Sunset, an 8-1 winner over #15 Coconut Creek. The Cobras are set to face #5 Ferguson, after the Falcons edged #12 Hialeah Educational Academy 4-3.

The quarterfinal meeting between South Miami and Ferguson pits two longtime friends and fellow coaches in managers Howard Cuervos and Daniel Barnard. Both served together as assistants for years on the Ferguson staff, and Cuervos remained as assistant when Barnard took over as manager this year before taking over at his South Miami alma mater just before the season began. Earning a chance for their teams to play is all both sides could ask for, and now the reward will be a semifinal berth.

While the Cobras thrived offensively behind big days from Aaron Cox, Randy Garcia and Jerred Rodriguez to run away to victory, Ferguson had to battle to extra innings before walking off to earn the narrow win. Daniel Irasarri doubled and eventually came around for the winning run in the bottom of the eighth, after the Falcons tied it up in the bottom of the seventh to force extra innings.

“I’m proud of our guys today,” Barnard said. “We had a good practice yesterday after a tough loss the night before. I like the way we were able to grind. We had to grind today to pull this game off.”

Irisarri was 2-for-4 with two runs and Cesar Reyes struck out three to earn the win in relief of starter Alejandro Vieiro. Jayson Gomez and Enrique Cabrera also scored for Ferguson.

The Stingarees earned a shot against the top-seeded Jaguars thanks to a strong start from Javier Alvarez. The right-hander allowed one earned run in five innings to earn the win, as he held the Knights to one hit and three walks while striking out four. Christian Torres tossed two scoreless relief innings for the save.

Jordan Ibarra paced the Miami offense with a 2-for-3 day that included a triple and an RBI. Yiovanni Matias added an RBI single and also scored as the Stings capitalized on some defensive miscues for five unearned runs. 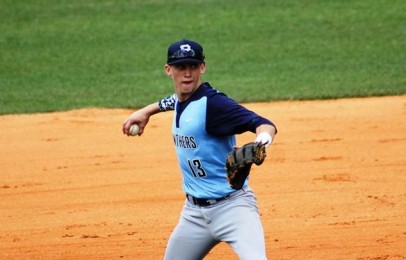 Dennis Leon and Coral Springs Charter pulled off an upset.

#1 Coral Glades had its hands full with #16 Boynton Beach. Robert Joy had the winning hit to lift the Jaguars (6-6), who move on to play Miami Senior. Nick Donatucci allowed three hits, walked three and struck out five in four innings.