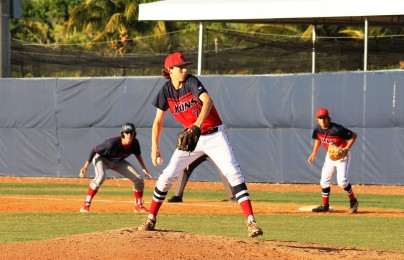 Ryan McManigal closed out the win for Chaminade-Madonna.

Chaminade-Madonna broke out with a big lead early and then just held off Westminster Academy to earn a 7-5 victory in a 4A-7 quarterfinal playoff Tuesday evening at Westminster Sports Complex. Chaminade (13-11) scored all of its runs over the first three innings and then turned to their pitching to make that margin hold up to advance to a district semifinal meeting against Calvary Christian.

It was a win that did not come easy. Reliever Ryan McManigal got a called third strike to record the final out with the bases loaded.

“We got our feet back on the ground with a win. We’ve had a tough couple of weeks, so this gets us back on the plus side,” Chaminade manager Mike Moss said. “We have a lot of things to clean up tomorrow before we play Calvary. They are a heck of a team and we aren’t going to be able to beat them with this effort. We’ve got to do a better job on Thursday than we did today if we expect to win. That’s the bottom line.”

Chaminade scored four runs in the bottom of the first to erase a 1-0 deficit, after Westminster’s Zach Warenius singled to drive in Christian Sosa in the opening frame.

Mike Drag walked and Kevin Rodriguez was hit by a pitch, before then giving way to courtesy-runner Eric Bonkowski. Matt Johnson walked to load the bases, and Chris Schoeller worked an RBI walk. Roberto Petit singled to plate two and Robert Kildea followed with an RBI single. 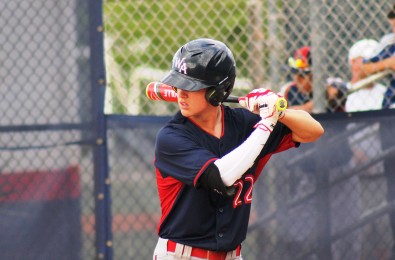 Cory Acton was 4-for-4 for Westminster Academy.

Chaminade added a run an inning later when Chris Vickers singled and scored on a sac-fly. An inning later Vickers collected his second hit of the day to drive in its last run.

Cory Acton sparked a rally in the fifth to get Westminster back into it, as he singled with one out. Warenius walked and was replaced on the bases by Dylan Cappadona, and Thomas Messer singled to load the bags. Ramon Ripoll singled to plate Acton, Zach Goberville had a fielder’s-choice RBI and patience at the plate led to two more runs coming in on bases-loaded walks.

Goberville walked and Felix Torres was hit by a pitch to start a rally in the seventh. Acton followed with his fourth hit of the day to load the bases, before McManigal dug in to finish it off.