Fort Lauderdale Rallies Over Piper In Game Of The Week 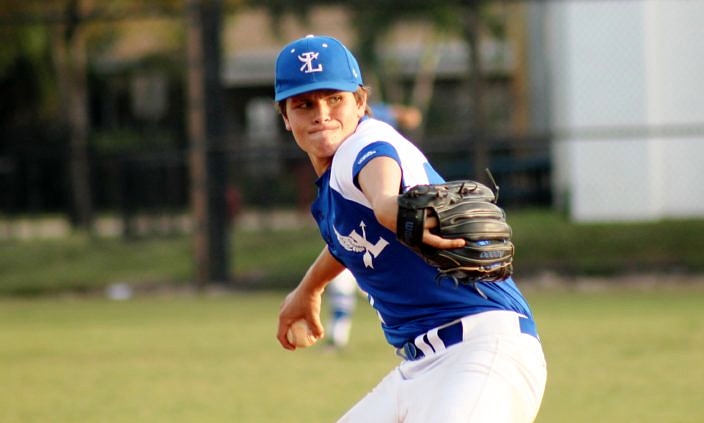 Chris Brucks earned the complete-game victory for the Flying L’s.

Ever since Fort Lauderdale and Piper landed in the same district together a few years ago the two clubs have waged some memorable battles. Friday evening brought the latest chapter in the seesaw series, as host Fort Lauderdale rallied late to earn a 6-3 win over the Bengals in the HSBN Broward Game of the Week.

The Flying L’s scored four runs in the bottom of the sixth inning to steal an important district victory. Lauderdale (5-6) improved to 2-3 in 8A-14 to deadlock with the Bengals in the third position of the district chase. The two clubs split the regular-season series, after Piper (5-6) earned a shutout victory earlier this month.

Fort Lauderdale had dropped some tough district contests of late, and manager Terry Portice admitted Friday was a game that they had to have. The Flying L’s had already lost to Piper the first time around this year, then lost leads late on a late home run to South Plantation and a rally to St. Thomas Aquinas, and another district loss may have been too much to overcome.

“At St. Thomas we played a really hard-fought game and now we finally get the win,” senior Michael Reiskind said. “We can finally carry this into Plantation, South Plantation and the next time we play St. Thomas. Those are all big games that we need to win so that we can get a higher place in the district, so we can really capitalize on this big win.”

It was Reiskind who came through with the biggest hit of the night to cap off the sixth-inning rally. Lauderdale had just tied things back up after Alexander Rodriguez reached on on error that allowed Owen Sloane and Sean O’Connell to cross the plate, and Reiskind swung hard through a pitch and nailed it deep to center for a double that drove in two more base runners to give Lauderdale a much more comfortable lead.

“The first three at bats I was early on him, so I knew that I just really needed to sit back,” Reiskind said. “Coach Kashdin has been helping me this whole year and I have been hitting so much better, and he kept telling me just to sit back on it and I would get that one. Then I just saw it and knew that was the pitch I needed to hit and that was the hit I got.”

The comeback seemed unlikely the way Piper starter Jorge Vega was throwing. The right-hander came into the contest having already gone the distance for a complete-game shutout victory over the Flying L’s two weeks before, and he took the mound Friday with the same command of his pitches. Vega went the full seven innings once again, allowing six hits and six walks while striking out four. 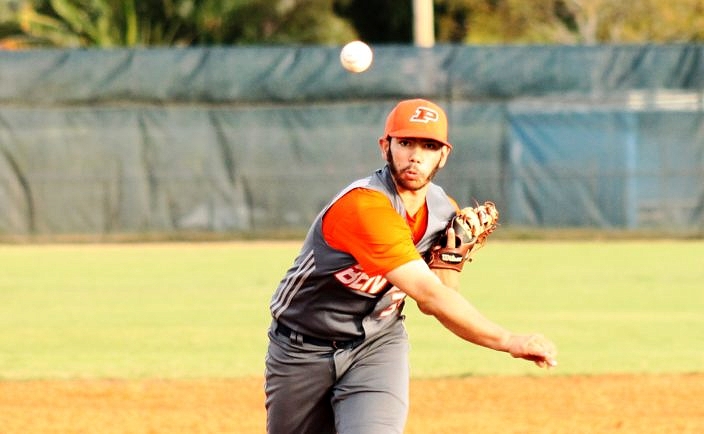 Across the diamond Fort Lauderdale starter Chris Brucks matched Vega’s performance to also go the whole way on the hill. The junior cruised through the order the first time, with the only base runner ending up erased thanks to a 6-4-3 double play turned by his defense. Through the later innings things got tougher for the right-hander, but he buckled down and made his pitches when he needed it the most.

“I knew I didn’t have my best stuff, so I relied more on my teammates and my defense and they picked me up the whole night,” Brucks said. “They had clutch double plays, ground-ball outs, and it was just all them. They battled hard.”

Piper had its best inning the second time through the batting order in the fourth. Myles Solomon ripped a single to right field and Vega rolled a base hit through the left side, before giving way to courtesy-runner Jordan Storey. A walk to TJ Samler loaded the bases to put ducks all over the pond for shortstop Alejandro Rodriguez, and he delivered by stroking a shot deep to center that cleared the bases for a three-RBI double that put Piper in front with a 3-1 advantage.

Brucks held the rope after that, working out of a bases-loaded jam in the top of the sixth. Vega walked and was erased on a fielder’s choice off a bunt attempt from Samler, and Alejandro Rodriguez came through with another double that had two runners into scoring position. The Flying L’s defense came in on the grass and recorded a force-out at home on the next play, and then Brucks got a called third strike that ended the threat.

Fort Lauderdale then handed their pitcher the lead when he returned to the mound in the seventh. Although Cliff Rouzeau was hit by a pitch to give Piper a base runner, the next three batters went down in order to close things out. Lauderdale second baseman Ryan Kanner made a leaping grab on a liner up the middle to record the final out.

“To be on the mound with the lead after being down on myself and my teammates picking me up, to get the win for them was great,” Brucks said. “I love it and it is fun. Baseball is fun.” 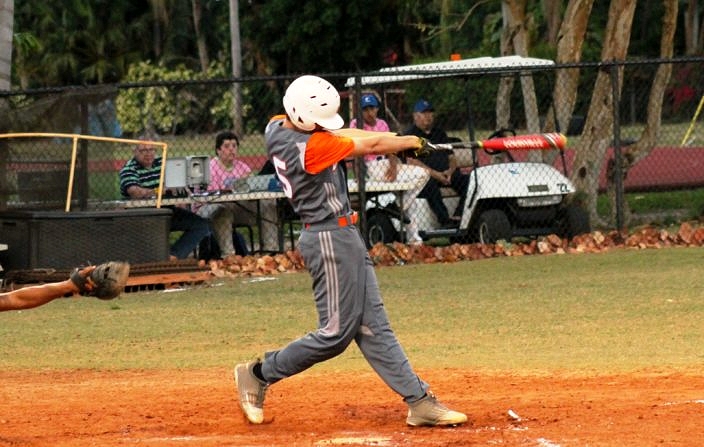 Piper’s Alejandro Rodriguez connects to drive in three runs with a double in the fourth inning.

These two clubs enjoy competing against one another, and the results have shown. Since joining the same district a few years ago, they held a 2-2 record heading into Friday’s action. Each game had been decided by a small margin of victory and no lead ever seemed safe.

Fort Lauderdale's Chris Brucks talks about what helped him go the distance on Friday.

“I enjoy playing against them; it’s passionate and that is the way baseball should be. I think both teams get into it extremely well,” agreed Fort Lauderdale manager Terry Portice. “The games have all seemed to be one or two runs and there seems to be base runners all the time, somebody in scoring position all the time. We got a little lucky tonight, as well as fortunate with Michael Reiskand after that.”

Both Portice and Bengals manager Pat Pisani had their hands full all night, working pieces on the chess board against one another. With two district opponents that know each other and compete so well against one another, circumstances kept both managers busy with maneuvers all game long. Nothing came easy for either side.

That is par for the course all across 8A-14, as the Flying L’s have already seen this season. There are still three more district contests left on their schedule as they look to get some payback the second time they play them.

“We have to take care of business with the district teams this time around to put ourselves in the best position possible as we can,” Portice said. “I think it is a pretty evenly-placed district, so we have to come back on Tuesday night against Plantation and do our job again.”

Piper also has three district games on the immediate horizon against the same common opponents. The Bengals will play two of those contests at home as they also look to bounce back and improve their district position heading into the postseason. 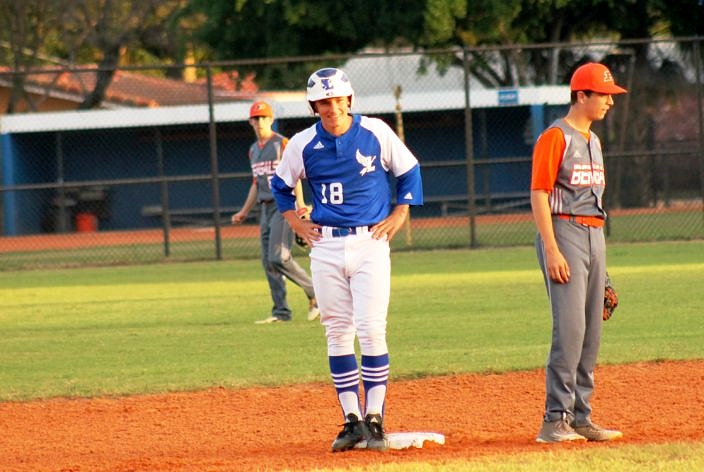 Cameron Pitzer was all smiles after hitting a double in the second. He later scored.