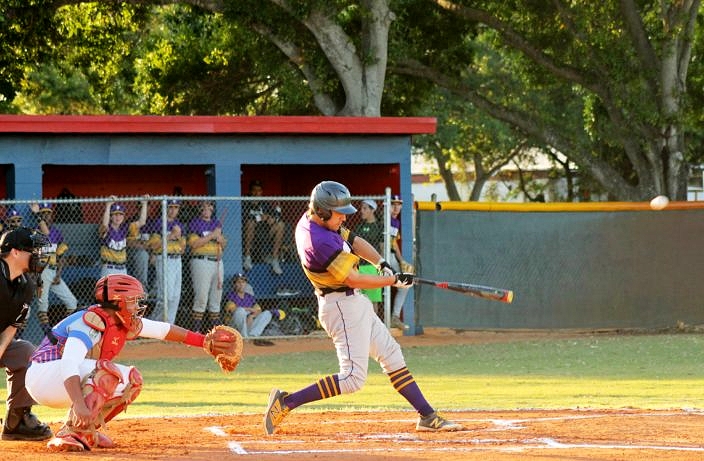 South Plantation’s Luis Morel connects to reach base in the first inning.

The Mayor’s Cup is going back to South Plantation High. The famed cup is the reward of the annual showdown between crosstown rivals Plantation and South Plantation, as the victor then keeps possession of it for the year leading up to the next meeting. Tuesday night the visiting Paladins came back with three runs in the top of the sixth inning to grab a 4-3 victory for the cup.

The Colonels broke a tie score to gain the lead in the fifth thanks to an RBI groundout from Cameron Vadnais that drove in Juan Taveras. But the Paladins (4-5) rallied back in the sixth to jump back in front for the final time, in a contest in which the score changed hands three times.

“Last year I think we embarrassed ourselves and didn’t put up a good game, so we wanted this pretty bad to get back to our school,” South Plantation manager Trevor Chang-Leung. “The guys came prepared. They know that our district is like the NFC East where everybody beats up on each other, so you cannot take anyone lightly no matter their record. Both teams battled out here.”

Christopher Campi got it started by lining a base hit into left field, and then moving from first to third on an errant pickoff attempt. Luis Morel delivered a liner past the shortstop for an RBI single that tied things back up, Ivan Sola singled to third base and Austin Koehler reached on an error that loaded the bases. Tyler Zirbes then slapped a high, outside pitch over the third baseman and into the left field corner for a double that drove in the two decisive base runners.

The comeback would not have been possible if not for the efforts of sophomore right-handed reliever Jeffery Cohick, who helped get South Plantation out of trouble in the fifth to keep the team in the game. Tavares and Jeremy De La Cruz singled to start the inning, which prompted a call to the bullpen for Cohick. After Vadnais’ fielder’s choice RBI, Dalton Price was hit by a pitch that loaded the bases and put the Colonels (3-6) in position to break things wide open. 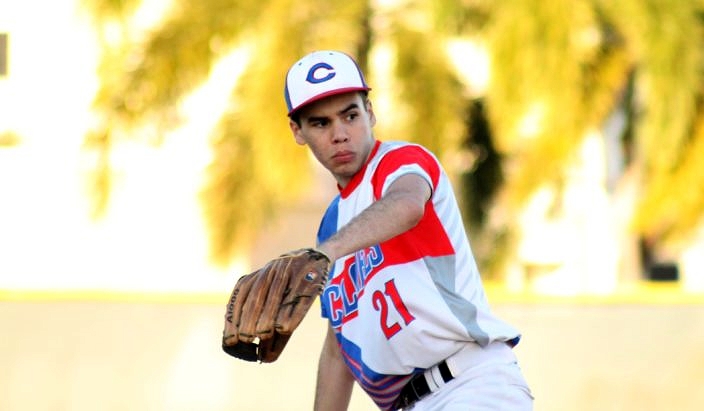 Plantation starter Gabe Cruz delivered a quality start in allowing two earned runs on five hits and a walk, while striking out five.

With the pressure on and the defense drawn in, Cohick buckled down and recorded three straight outs to end the threat. After inducing an infield popout, Cohick trusted his curveball and used it to record strikeouts to the next two batters.

“I always throw my curveball a lot; it is one of my best pitches,” Cohick said. “I just always have confidence in it, just like throwing a fastball. It was definitely working today. I wish it could have been better to some of the other batters, but it still worked for that moment.”

Cohick stayed in the game after South Plantation took the lead, again working out of trouble in the seventh to secure the victory. Antonio Cabrera was hit by a pitch, TJ Butler singled on a high infield chopper and Enders Vargas walked to load the bases for the fourth time for the Colonels. Cohick dug in and came up with his fourth and final strikeout that ended the game.

“It was a lot more comfortable for me to go out there and get them out, but it was also a lot harder because we had the lead and I did not want to give that up,” Cohick said about the seventh inning.

Both sides opened the game with a run in the first inning. Brandon Holifield led off the contest by drawing a walk, advanced when Morel reached on an error and came home for the Paladins’ first run on an RBI single to center off the bat of Blake Butler. Plantation answered right back when Hayden Seager and Tavares both walked, and Vadnais delivered an RBI double to center field.

South Plantation improved to 3-1 in 8A-14 competition, as the victory moves the Paladins into the second position in the district chase. But the win also means a lot more between these two longtime rivals, and bringing the Mayor’s Cup back to the South Plantation campus comes as a great reward for the team.

“I think they have a trophy case, or else it goes in the Athletic Director’s office,” Chang-Leung said. “South Plantation likes to show it when they beat Plantation in these things.” 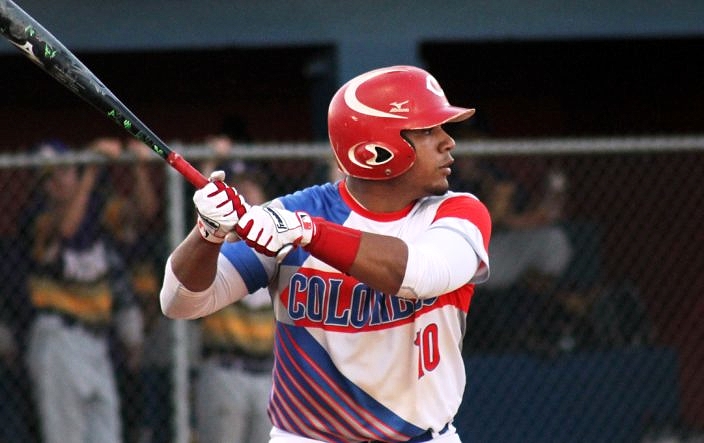 Plantation’s Juan Tavares went 2-for-2 with two walks to reach base four times.