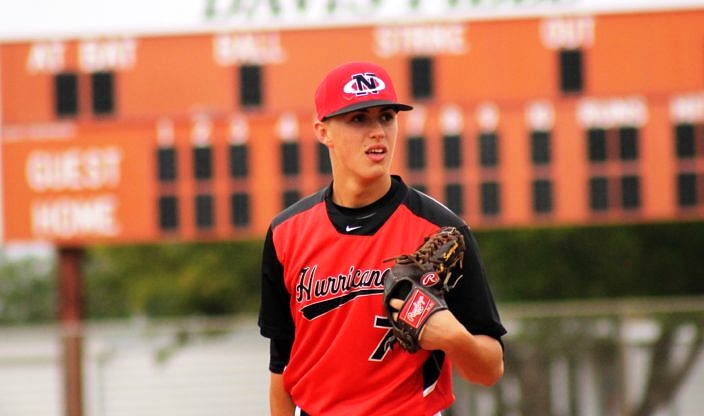 Jesse Haven struck out 10 to earn a complete-game shutout in his final home start.

The Northeast Hurricanes have come a long way in a short period of time. When manager Mike Goulette came aboard just before the start of the season the team set a goal of earning ten wins and trying to make a run to the district championship game. Monday night Northeast earned its eighth win of the year to pull closer to that goal, earning a 22-0 shutout over Ely on the team’s Senior Night.

Senior Jesse Haven led the way on the mound and every starter got in on the action at the plate for the big win. The victory moves the Hurricanes (8-10) into the third seed in 7A-15, with a 2-3 final mark in district play. The team has already surpassed last year’s win total, and Goulette is pleased with how hard they have worked and how far that hard work has already taken them since their first game.

“We are still coming along, but it is like night and day since then,” Goulette said. “They are a totally different bunch from when we first started; they believe now that they can actually do some things. But they’ve got to show it on the field now, because now is when the fun starts. Now that the playoffs are coming they have to actually play solid baseball.”

Ely came into the year in a similar situation, as first-year manager Robert Robinson Sr. was also hired just before the season began. The Tigers (0-10) are also a young group, without any seniors on the roster.

“I got in only about ten days before our first game, and I have 14 dedicated players that show up every day,” Robinson Sr. said. “We don’t have a lot of experience but they are determined to get better, and they are committed to myself and each other in learning the game of baseball. We are really young, with four or five juniors and the rest are sophomores and freshmen. Basically it is a JV status team playing a varsity schedule. We are learning more than when we started and just preparing to be together for the next two or three years, getting better and creating something that goes from a baseball team to a baseball program.” 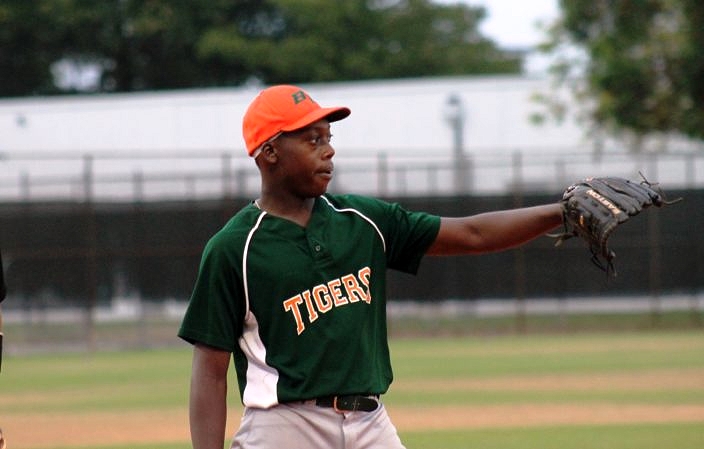 While the process is going to take some time to evolve, leaders are already beginning to emerge for Ely. The Tigers are definitely better now than they were at the beginning of the season, even though the record does not show it. Sophomore Robert Moffett Jr. is leading the way to help develop the pitching staff, and he got the starting nod on Monday evening and went the distance for his team. Junior left fielder Adrian Juene is helping to set the dugout culture by showing leadership and setting the example how to stay in the game regardless of the results.

It wasn’t as difficult for Jesse Haven and the other seniors to stay focused, as they knew it was their final home game they played in their high school careers. Haven has not been pitching for very long, so his personal focus was on improving and moving forward. He set his attention on throwing strikes and staying ahead in counts, and, after issuing a lead-off walk to Ely freshman Uclair Saintilaire, he only allowed one more base runner on a free pass to ChrisRoy Gregg. Havens finished with 10 strikeouts in his final home start.

“I think we had a good amount of fun and also got some work in,” Haven said. “It feels good to finally have a good team this year and there has been a lot of practicing over the four years, but it’s all worth it. We have a good coach and a pretty good team and we’re trying to put it all together. We’ve been working hard, but we can still cut some things out and we can always get better. Hopefully, it is not over yet.”

The Hurricanes got going right away to support their starter. Northeast scored four runs in the first, before breaking things wide open with a massive second inning. Edward Quezada led the way from the leadoff spot, as he reached base all five trips to the plate while going 4-for-5 with two doubles, two RBIs and four runs. Quezada ripped a lead-off double past first base to start the first, and the Canes never looked back from there.

“They are just now starting to play seven innings,” Goulette said. “They are in games now and we just have to tweak it a little bit more. They have got to learn to fight when they get down, and once they learn that they’ll be fine. They believe, so all they have to do now is show it on the field.” 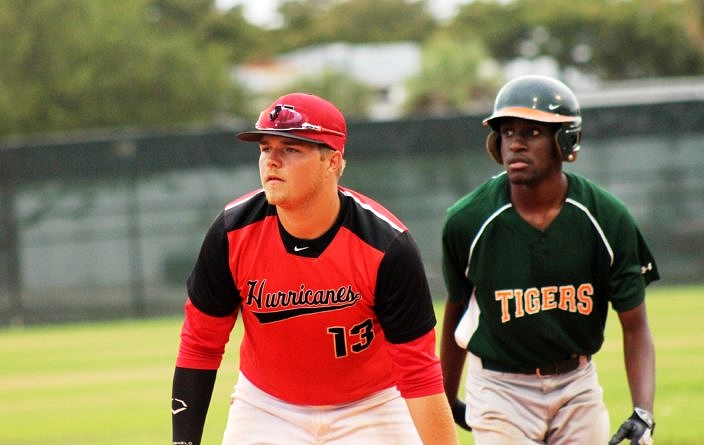