S. Plantation Falls In Opening Round Of Madness Shootout 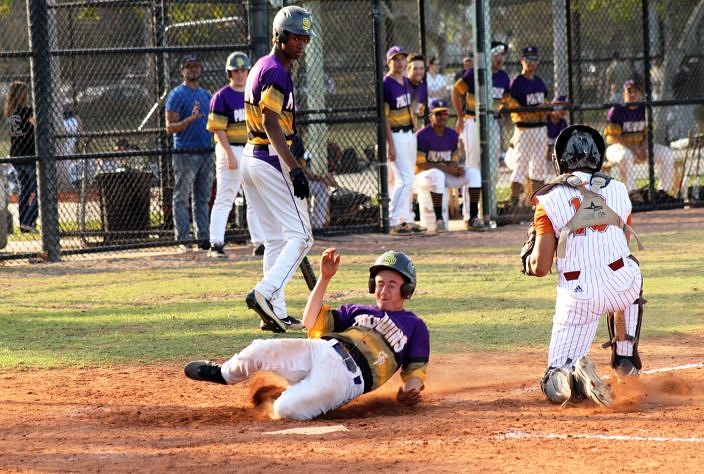 Mater Lakes has been a force to be reckoned with in the HSBN March Madness Shootout in the three years of the tournament. The Bears advanced to the semifinals in 2015, and bounced back well last season after a tough, extra-inning loss in which the team performed very well. On Saturday Mater Lakes continued that trend of being a tough opponent to start off against, earning a tough 6-2 decision over the South Plantation Paladins.

South Plantation proved every bit as scrappy, as it was a one-run ball game before the Bears broke it open in the bottom of the sixth inning to pull away. Mater Lakes (7-10) now awaits the winner between Keys Gate Charter and Reavis, Illinois.

Rolando Leyva reached on an error, and Javier Cruz lined an RBI single into left field to give the Bears their first insurance run of the sixth. Andrew Morales was hit by a pitch and Jose Artiles walked to load the bases, setting up Jose Rojas for the RBI on a 6-3 groundout. Christhian Caro then broke things wide open with a base hit to left field that drove in both base runners.

South Plantation battled to get on the scoreboard in the sixth, as Briston Dearmas doubled to left, Brandon Schreiber gave himself up to move him over and Christopher Campi drove him in on an infield groundout. The Paladins (5-9) were aggressive with their final outs to try and rally back. Blake Butler walked and stole second and third, and Zach Koehler walked to put runners on the corners. A double steal brought in Butler as the defense opted for the out, and Bears reliever Bastyan Hernandez got a swinging strikeout to end it.

Ronald Delgado and Rolando Leyva also scored in the fourth inning to break open a tight, scoreless game and give Mater Lakes a lead it never surrendered.