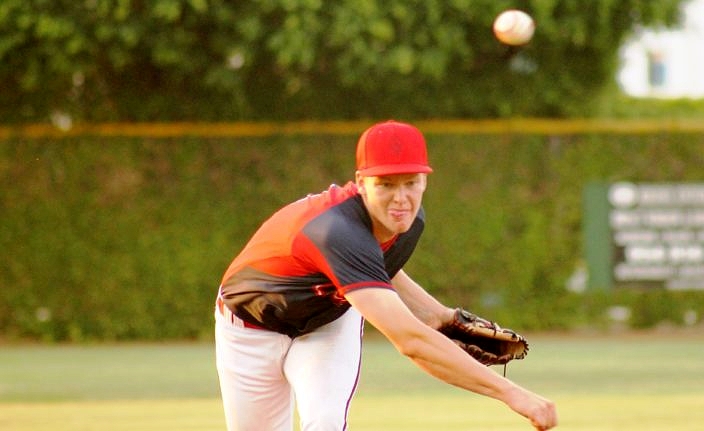 Westminster Academy manager Nick James could not have been happier with the way his team performed in Wednesday’s home contest with the Boca Raton Bobcats. The Lions ran away to victory behind a pitching staff that allowed only one base runner all night, a defense that did not commit an error and an offense that pounded out 14 hits and two booming home runs for an 11-0 decision.

“You can’t ask a whole lot more,” James said. “We’re still just a group that is trying to find out their identity; some nights offensively we’re really good and some nights we have been shut out. Tonight we worked some approaches and were able to move some runners, the hitters were patient and waited for good pitches, and when they did they didn’t miss barrels tonight. It sure makes everything a lot easier.”

The Lions (10-5) scored in nearly every inning and kept plugging away to maintain control. Every starter got into the action and contributed by reaching base. They then broke things wide open after heading into the fifth with a 3-0 lead, scoring six runs on the strength of two monster home runs.

Lions shortstop Cristian Sosa delivered a towering grand slam home run that highlighted the big frame. Ben Kalbaugh singled to lead off, Felix Torres reached on a bunt single and Alec Villanueva was hit by a pitch. Sosa then jumped on a 0-1 offering and sent it soaring over the left field fence for the grand slam that effectively put things away.

Westminster was not finished though, as Ramon Ripoll followed suit by crushing a 2-0 pitch high and deep over the left fiend fence for back-to-back jacks that had the Lions’ dugout exploding with excitement. Ripoll’s shot was estimated to have traveled 415 feet and there was no doubt of where it was headed the minute the bat hit the ball.

“Cristian is my brother, and after that I was just feeling it,” Ripoll admitted. “I just went up there and hit it. I for sure got the swing I wanted. I got the pitch, I got the swing and the perfect timing. There was lots of energy and I was just hyped. I love playing with this team and this is the best season I have ever had.”

Ripoll also got the scoring started in the first by rolling an RBI single up the middle that drove in Sosa, who singled past the shortstop to reach base. Sosa singled and scored again in the third, this time thanks to an RBI single to left field from Dylan Tako. Ripoll contributed another RBI single in the fourth, reaching on a bunt single that pushed Villanueva across the plate.

While the offense provided the fireworks, the way the pitching staff worked one run was all that was ultimately needed. Three hurlers combined for the six-inning shutout, and the Lions retired the first 16 batters in order while facing just one hitter over the minimum.

“Just like all the other coaches in this area, we really feel like if we pound the strike zone and force contact and let our defense play than we’re going to give ourselves a pretty good chance to be successful,” James said. “Our guys did that tonight and we were ahead in a lot of counts and made some quality pitches.” 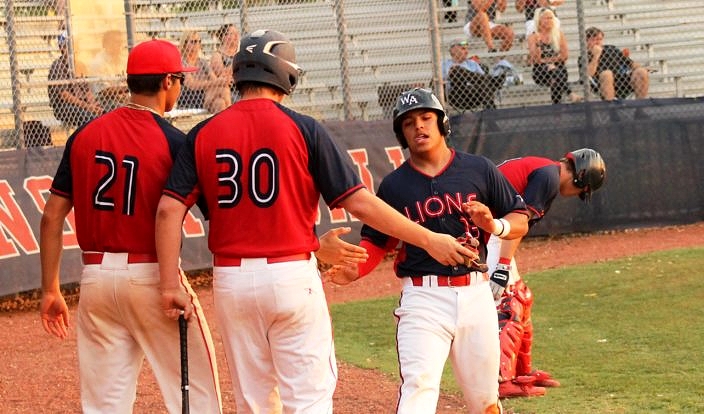 Cristian Sosa is congratulated after scoring the first of his three runs.

Thomas Neuman cruised through the first three innings to earn the win, needing just 39 pitches to record the first nine outs. The right-hander struck out three and only fell behind in the count once.

Logan O’Neil followed with two perfect frames and a pair of strikeouts, and JD Johnstone struck out the side in the top of the sixth.

Although each hurler was throwing so well on the night, the club had a strict plan in place to limit their workload. With a district game followed by the HSBN March Madness Shootout up next, Coach James and the rest of the Lions knew it was a wise plan to keep everyone fresh for the heavy innings on the horizon.

“The good thing about the HSBN tournament that you guys run is that it is a four-game event in five days, and that’s as close as we can get to a deep district run,” James said. “So we are just trying to keep everybody on a short leash, and that is the beauty of it next week is we will have to run some guys out there that haven’t really gotten a lot of opportunities. They have been working hard in practices and we are going to see what they do for us.” 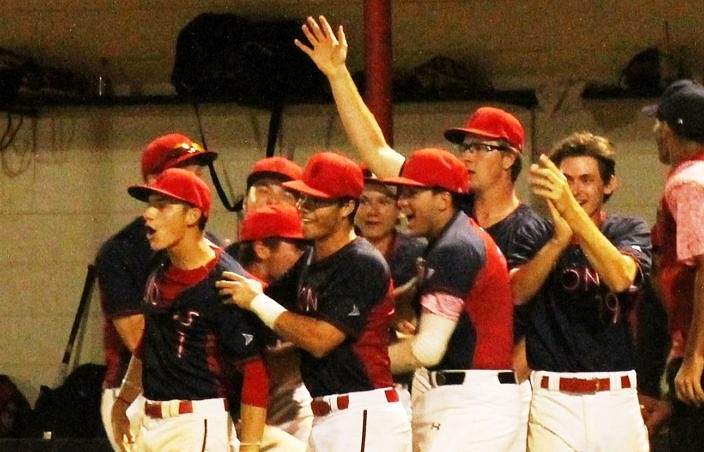 The Lions had a lot to celebrate on Wednesday night.