Special Year Ends In 4A Semifinal Loss For University School 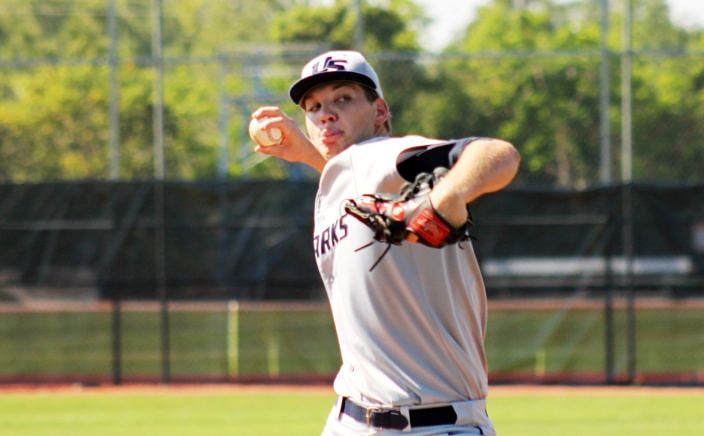 The 2017 baseball season is one that the University Sharks will not soon forget. A special group of players and coaches came together to set a new standard for the program, while earning recognition around South Florida for its scrappy and relentless play. Wednesday afternoon the “Cardiac Kids” could not manage one more late-game rally, as University fell 7-1 to host Westminster Christian in a 4A regional semifinal.

The team said its final goodbyes and the coaches offered one last salute to a strong senior class that helped take this program to new heights. As is the case during the playoffs, the reality that it was over had only begun to sink in. Nobody wanted it to end, and it wasn’t just because they had dreams of chasing state glory. Senior Jack Schmidt summed it up best with just a few simple words.

“This was the most fun any of us have ever had playing baseball,” Schmidt said.

Starting with its very first game of the year, the Sharks proved to be a tough team to beat. University (25-4) walked-off to victory to open the season, and then did it again the next night. No matter the situation or circumstances, the players continued to find ways to rally to victory night in and night out. University won 19 straight games to open the year, and did not suffer its first loss until a seventh-inning rally fell a run short six weeks into the schedule on April 10th.

Knowing what they were made of helped to keep anyone from panicking after the club fell behind early on in Wednesday’s action. Even as the outs began to diminish and hope seemed lost, the players remained upbeat and continued to believe that they had another rally left in them. When that rally fell short and the season ended, there were too many positive memories that they had forged together for anyone to let their emotions drag them down. 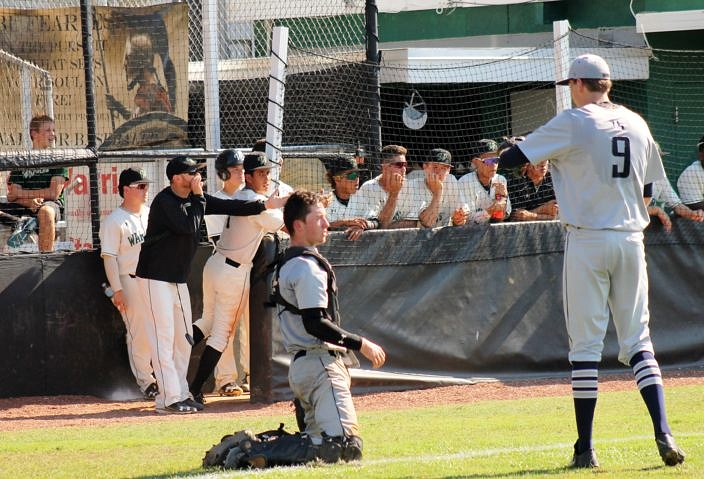 Sharks catcher Jake Pfundstein collects himself after making a great lunging catch on a foul pop off a bunt attempt.

“That is exactly what we talked about is that one game does not define us. We did something really special this year,” Sharks manager Josh Snyder said. “Something that fans did not see is the bond and the brotherhood that we had going on this year. Guys truly came together and our motto from the get-go has been family. Every time we get in a huddle the guys put their hands up and they yell, ‘Family!’. They truly, truly mean that. When a talented group of guys come together and form that bond and that brotherhood, that’s when you can string out 19 wins in-a-row.”

Trailing by a touchdown and down to its final swings, University rallied the family one last time to try and rewrite ita future. Josh Laprest singled to right field and Cole Standifer followed with a liner past the diving shortstop. Two batters later Andrew Grinberg laced a shot to left field for an RBI double that ended the shutout and finally chased Warriors’ starter Jamar Fairweather from the game.

Reliever Sam Fernandez came on and recorded the final two outs with a strikeout, followed by an infield groundout. Suddenly the rally was over and the season was left only for the memories, but thankfully those are going to last for all eternity.