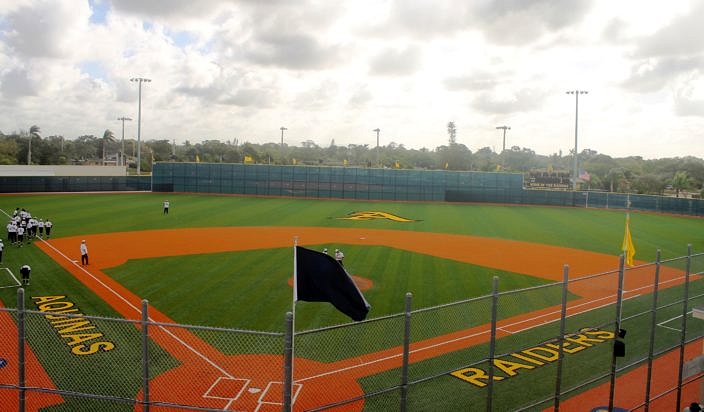 A look at the new turf playing field at Ed Waters Field at St. Thomas Aquinas.

The start of each baseball season brings with it a heavy dose of joy and excitement, and yet no other program may be quite as electrified for this season as the St. Thomas Aquinas Raiders. Long before Tuesday’s season opener culminated in a 7-6, walk-off victory over Cypress Bay, St. Thomas has had plenty of reasons to celebrate lately.

It certainly is an exciting time for the Raiders. Nine of the team’s seniors recently signed their college letters-of-intent, something that was made even more special because the majority of them have grown up in the school together. The team is playing for the first time on their newly-renovated, turf field, which presented the opportunity to host a First Pitch Classic tournament for the very first time this season.

Wade Iben with the walk-off RBI single to lift St. Thomas Aquinas to a 7-6 victory.

Yet even with all this positive energy pulsating throughout Ed Waters Field, it also comes at a time of great loss within the community. None are unaffected by the tragedy at Douglas High, which came right on the heels of the passing of Cypress Bay manager Paul Liotti. Thankfully, these positive moments help balance the circle of life right now.

“When the game is going on you just hope that both teams are able to escape that for a little bit and play some baseball and have some fun,” Raiders manager Troy Cameron said. “You’ve got Cypress Bay in the dugout over there, and I was friends with Paul, so it is tough to put your emotions aside and just get back to baseball and try to play the game without thinking about Paul or what happened over at Douglas. I mean, we played Douglas the night before that happened. But today was a good game. For the two-and-a-half hours that we were out here playing it was nice to get away from some of the things that are going on around us. Everybody needs that escape for a little bit.”

The afternoon tilt as part of the inaugural First Pitch Classic turned out to be a game of momentum, as the Raiders had control early on, before the final frames turned into a seesaw battle to victory. After watching a 3-0 lead slip away into a 6-3 deficit in the sixth inning when the Lightning rallied for all their runs against the Raiders’ bullpen, St. Thomas answered back with four runs in the bottom of the seventh to claim the victory.

The first four batters of the bottom of the seventh all reached base, with Andres Antonini drawing an RBI walk to get the scoring started. Riley Rosario lined an RBI single into left and Raheem Salmon drove in the tying run with another RBI walk. Wade Iben then delivered the winning run by lining the ball back to the middle of the field.

A contest that started as a pitching duel concluded in an offensive shootout. 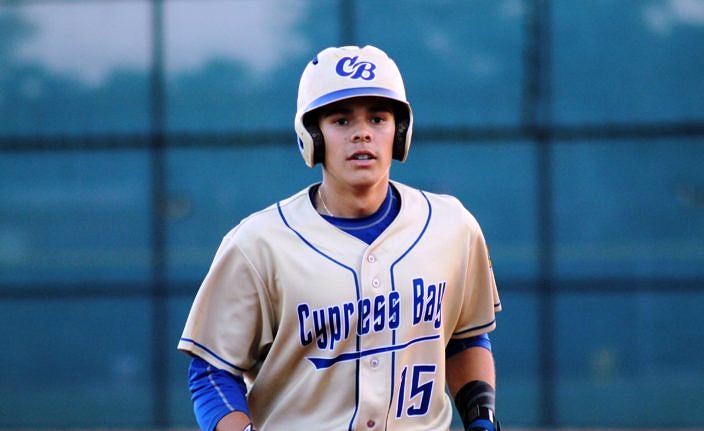 Joaquin Monque delivered a clutch, two-RBI double that gave the Lightning the lead in the sixth inning.

“Don’t get me wrong, we’re happy to get the win, but I wish our guys out of the bullpen had pitched a little better,” Cameron said. “Shoot, you wish to see their guy pitch a little better at the end too, because you don’t want to see that either. But it’s our first time playing on the new field, so we are glad to get the win tonight.”

Raiders starter Blake Hely tossed five scoreless frames and exited with a 3-0 edge, before the Lightning struck for all their runs. Carlos Salaverria walked and Al Ortiz was hit by a pitch, before Jonathan Linder came in as a courtesy-runner for Ortiz. Elliot Rodriguez then came up with a liner to left for an RBI single, and Linder also scored on an error. Joaquin Monque came next and delivered a dagger into the left field corner that drove in two runners to put Cypress Bay ahead. The next four batters all walked, resulting in two more runs.

Early on it was all St. Thomas. Matt Archer helped showcase the speed advantage with the new turf field by singling up the middle, stealing a pair of bases and then scoring the first run to give the Raiders a 1-0 advantage in the first. Richard Grund got into the act with one swing of the bat, blasting a solo home run to lead off the fourth. Iben reached on a fielder’s choice and came in thanks to an RBI single form Caleb Roberts later in the fourth. 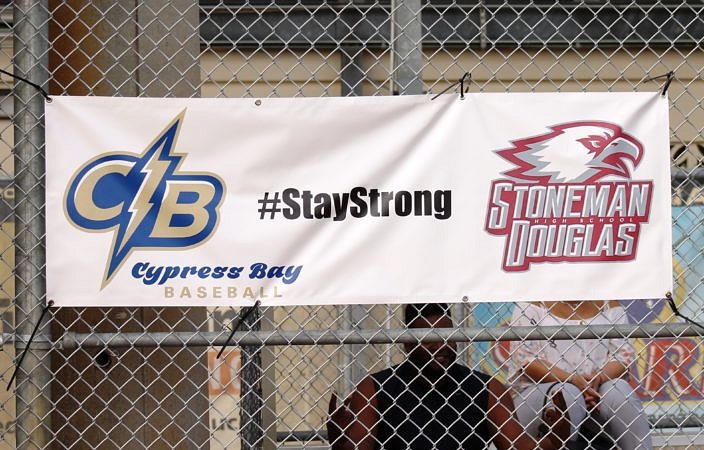