Colonels Take Back The Mayor’s Cup From South Plantation 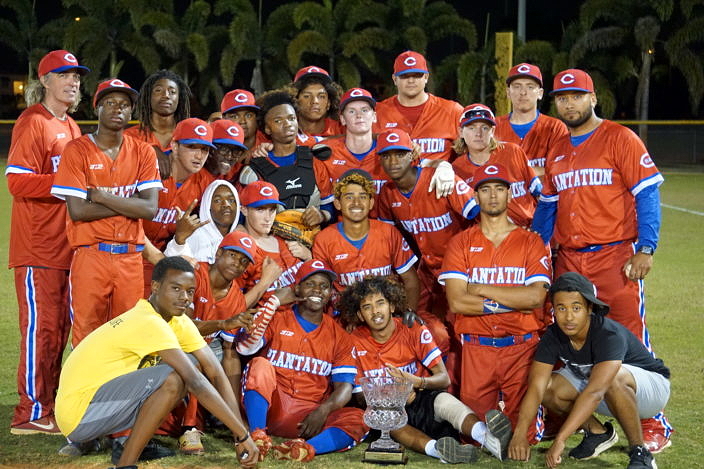 The Plantation Colonels brought back home the Mayor’s Cup on Monday.

After losing The Mayor’s Cup in 2017, the Plantation Colonels got it back with a 7-5 win Monday night against the South Plantation Paladins.

The Plantation Colonels Take The Mayors Cup Back From South Plantation!

Colonels manager Manny Aguilar was pumped up after the victory.

“It’s exciting to bring this back to Plantation after losing it last year. This is a huge win for us, and swings the momentum our way for the rest of this week,” Aguilar said.

The Colonels (4-4) jumped on Paladins’ starter Jeffrey Cohick in the bottom half of the first. Back-to-back base hits by Jacob Lindermann and Cameron Vadnais and a walk to Antonio Cabrera filled the bases, the all came in off errors.

The Colonels chipped away in the bottom of the third after a big RBI single by Manuel Paz.

“I knew I had to do my job and drive in the run,” Paz said. “We came through when we needed it to, and that put us back in the game.”

The Colonels struck again in the bottom of the fourth with two more runs and added another in the fifth to make it 7-5.

That’s all Colonels starting pitcher Cameron Vadnais needed. After a rough start to the game, Vadnais settled in the rest of the way, only allowing one hit after the second inning. 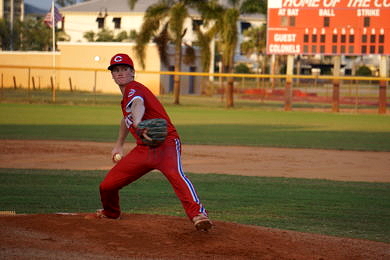 “I was just trying to get into my groove, and once I did, I tried to stay focused to get the job done. Adrenaline started to kick in and got me through the rest of the game, and hopefully that carries the rest of the season for us,” said Vadnais, who threw for a complete game in the win.

“Any time we play this game it’s a dog fight,” Chang-Leung said. “We jumped on them early on, and got content. Guys weren’t committing to plays and making them. They did.”

Plantation will look to sweep the week on Thursday against the Miramar Patriots, as the Paladins will look to bounce back on Wednesday in another district showdown with Piper.