Nova Offense Delivers In The Clutch For Key District Win 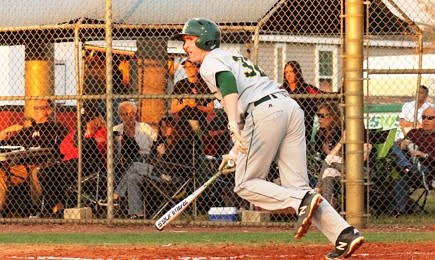 Nova first baseman Dylan Khan runs out a base hit in the third inning.

Clutch hitting helped put the Nova Titans well ahead in the district on Tuesday, as the Titans defeated host Cooper City 11-1 to open a huge lead at the top of the 8A-15 standings. The Titans were particularly strong with runners in scoring position Tuesday to keep piling on runs for their third straight victory in district competition, putting Nova (8-0) at 3-0 while the rest of the pack is all currently tied with a 1-2 district record.

Senior ace Trace Moore backed his own start on the mound with several big swings of the bat. Moore reached base three times and drove in three runs, pushing two across with a single to right in the second inning and adding another RBI single in the fifth.

Moore also got the job done on the mound. The left-hander improved to 4-0 on the season with his third complete-game shutout this year, scattering four hits while recording nine strikeouts. He did not issue any walks and has issued but one free pass thus far this season.

Freshman Joey Goldstein had a monster day at the plate to account for most of the Cowboys’ offense. The second baseman was 3-for-3 on the night, each time reaching base on a single to the right side. Goldstein also scored the only run of the night for Cooper City (2-4), as he singled in the bottom of the first, advanced thanks to a fielder’s choice from Andres Dilone and then crossed the plate off an RBI ground out from Jordan Schulman that made it a 2-1 deficit. 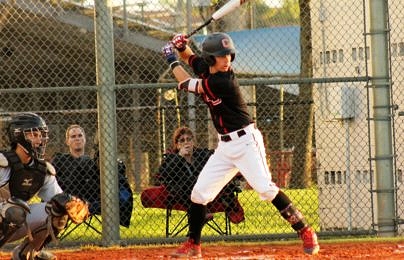 Joey Goldstein went 3-for-3 with a run to lead Cooper City.

Nova got out in front with a 2-0 lead in the first thanks to some solid at bats from the middle of the lineup. Jared Campbell lined a two-out double to center, Dylan Khan walked and Matthew Patella got the Titans on the scoreboard with an RBI single to center. Jordan Campbell then followed with a hit to left field that drove in another.

After Moore’s two-RBI single in the third gave Nova a little more breathing room, the Titans closed things off with a six-run scoring burst in the sixth. Isaiah Goodman reached on an error, Andre Martinez walked and a passed ball put them both into scoring position. Khan then delivered an RBI ground put with a grounder to the right side.

Nova kept it going and eventually sent 13 batters to the plate in the inning. An error brought in Martinez, Patella and Jordan Campbell both walked to load the bases and Moore reached on an error that scored another. Dylan Choi then provided another clutch hit with runners in scoring position on a flare to shallow left field that drove in two more.

Nova outscored its opposition 45-2 the first time through the district schedule, and the Titans have won eight straight regular-season district games dating back to their last district defeat on April 1st, 2016, a 6-5 loss to the Cowboys.