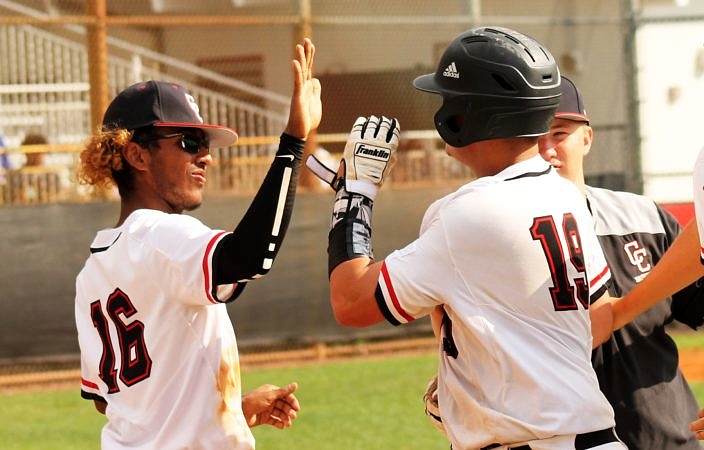 The Cowboys played one of their most complete games of the season to advance into the regional playoffs.

There is no greater feeling in the game of baseball than showing up in a big game with your greatest performance. Monday afternoon Cooper City senior Douglas Weimann turned in that type of performance, holding visiting McArthur without a base hit to lead the Cowboys to an 8-0 win in an 8A-15 semifinal.

Cooper City advances into Wednesday’s district championship, where it will take on the top-seeded Nova Titans. Nova advanced following a 16-1 win over Hollywood Hills in the other semifinal. While the Titans advanced thanks to offense, Weimann made it so even the slightest bit of run support was enough. The right-hander went the full seven innings for the complete-game shutout, scattering five walks while recording eight strikeouts.

“Right now this is our most important game of our season,” Weimann admitted. “Now it’s about Wednesday, but we’re guaranteed a game next week. That’s all that matters; we’re going on.”

By advancing into the championship game, both the Cowboys and Titans also earned a berth into next week’s regional playoffs. The winner of Wednesday’s title game will host its 8A Region 4 quarterfinal, while the district runner up will travel south to Miami to take on the 8A-16 champion.

The Cowboys (7-14) did all of their scoring early on. They loaded up the bases in the bottom of the second on walks to Hunter Fiori, Jimmy Michaels and Justin Rabinowitz, and courtesy-runner Zayne Centi then scored the first of three runs on the day thanks to an RBI ground out from freshman shortstop Joey Goldstein. 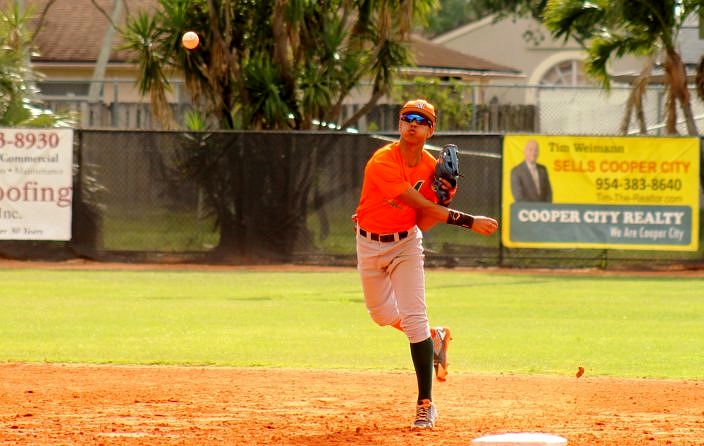 McArthur’s Yordys Valdes makes a strong putout throw on a tough ground up the middle.

Fiori then delivered again his next trip to the plate, lining a double to right field with the bases loaded in the third that scored all three runners. Michael Hebding got it going when he put a clean swing on the ball and lined a double into the right-center field gap. Jordan Schulman was then intentionally walked to set up the force play, and Max Jefferies singled to third to load the bases for Fiori. Rabinowitz added another run in the inning with an RBI single.

The Cowboys turned the order over again in the fourth and struck for their final three runs. Elijah Baxter and Steven Suarez both walked, and they again filled the bags when Hebding put down a great bunt for a base hit. Schulman followed with a fielder’s choice, as the Mustangs got the lead runner at the plate, and Jefferies then executed a perfect suicide-squeeze bunt to drive in another run. Nick Villalonga followed by closing out the scoring with an RBI single past second base.

“There is nothing like pitching with a lead, because you have a lot more confidence in pitching to contact and letting your defense do its job,” Weimann said. “When you do that, you lower your pitch count and you last a lot longer and a lot more innings. There is also nothing like having the defense behind you, being able to trust when a ball goes into play that the defense will back you up, because you cannot strike out everybody. It really puts you in the game and lets you get into a rhythm, and it lets you do your job.”

The Cooper City defense has struggled at times throughout the year, but it came up strong when it was needed on Monday night. Although two late errors erased an otherwise clean showing, the Cowboys were reliable when it counted. They also turned a double play to grab some early momentum, after Jose Hernandez started off the game by working a walk to immediately give the Mustangs (7-12) a base runner.

Although McArthur struggled down the stretch in losing their final four games of the season, the program fielded a very young roster that will return the majority of the players in 2019. There was an unmistakable improvement in many areas, most particularly in the defense. The players brought a lot of youthful energy to the dugout and clearly showed they bought in to manager Oddibe McDowell’s system. 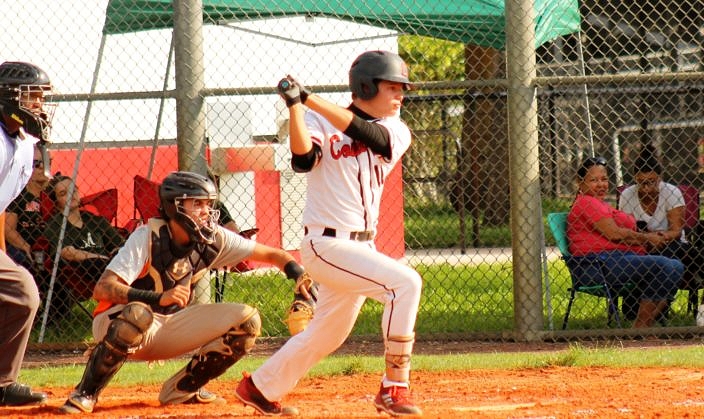 Nick Villalonga connects for an RBI single to close out the scoring for Cooper City in the fourth inning.