Written by Sebastian Caballero on May 10th, 2018 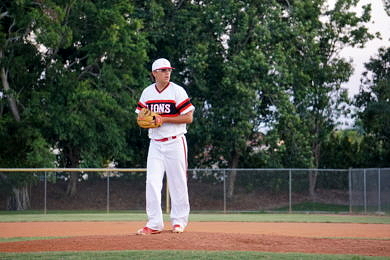 In his first year as manager, Armando Sierra has taken the Sagemont Lions to the 3A regional finals, after defeating Berean Christian 11-0 in Wednesday night’s match up.

“These guys keep doing what we’ve worked on since day one; making the pitchers work, being disciplined at the plate, and making plays on defense,” Coach Sierra said of his team.

The team was led to victory by the younger Armando Sierra, who threw a complete-game shutout for the Lions. Berean Christian could not figure out the junior right-hander, as they were only able to produce three hits.

“I felt good,” said Sierra. “All my pitches were working. We played good defense and got the win.”

Sierra struck out six, and allowed no walks in his outing.

The Lions got off to a hot start, scoring two in the bottom of the first. Jonathan Vega led off with a single, and later scored on a fielder’s choice. They tallied another run later in the inning to make it 2-0 in their favor.

Sagemont kept their foot on the pedal in the second inning. The Lions scored a run on a bases-loaded walk to extend their lead. The next batter, Eric Verdara, wasn’t satisfied with just the one. The Lions’ first baseman doubled and drove in two more runs to make it a 5-0 game. 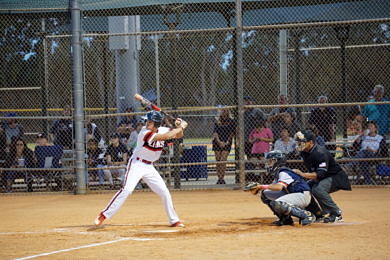 “I was just trying to do what I’ve been doing all year, and put the ball in play, trying to find a hole to get those guys in,” Verdara said.

Verdara’s offensive show continued in the bottom of the fourth, when he drove in his fourth run of the game. The hitting clinic continued, as Sagemont loaded the bases for pinch hitter Lermit Pages, who tripled down the right field line to clear the bases, giving the Lions a 9-0 lead. They added two more runs before the inning was over.

The Bulldogs offense finally found some life in the top of the fifth inning. Josh Rodriguez and Seth Anderson both singled to set up a scoring opportunity for Berean Christian to try to extend the game. Unfortunately, Sierra was able to regroup, and struck out the last hitter of the game.

“I’m proud of the job our guys did this year,” Berean Christian manager Dave Lawler said. “This is our second time being in regionals, and we took a big step forward this year. Our future looks bright.”

Sagemont will now face John Carroll for the chance to go to states.