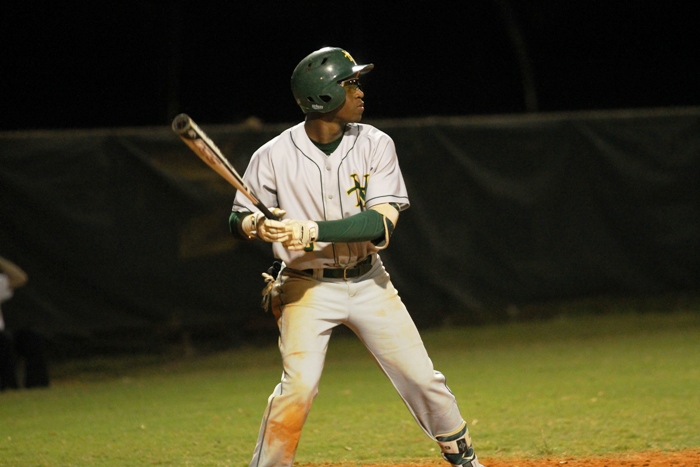 The Nova Titans record of 15-0 coming into Monday nights district matchup with McArthur suggests the Titans have been perfect this season. Against the Mustangs, the Titans were anything but perfect, making several errors, and leaving many scoring opportunities on the field.

But, the mark of a great team is one that can win even on the days they don’t bring their best. Nova did that, with their second tight win over McArthur, this time 6-4, and secured the top seed in the district heading into the playoffs.

“They have some real good players over there,” said Nova Manager Pat McQuaid. “We have had two great games with them. Our guys have been doing this all year, and it’s been fun to watch. They find ways to win games.”

Those ways on Monday included answering every time McArthur closed the gap. The Titans jumped out to a 2-0 lead in the first, and when McArthur scored one in the third, the Titans answered with two more in the top of the fourth.

The trend continued when the Mustangs tied the game with three in their half of the fourth, and Nova’s offense again responded with two in the top of the fifth.

“Our ability to answer all the times they scored was the difference in the game tonight,” said McQuaid. “They kept battling back, but we did a good job of scoring every time they took back the momentum. It’s been like that in several games this year. This team just seems to respond when things get tight.” 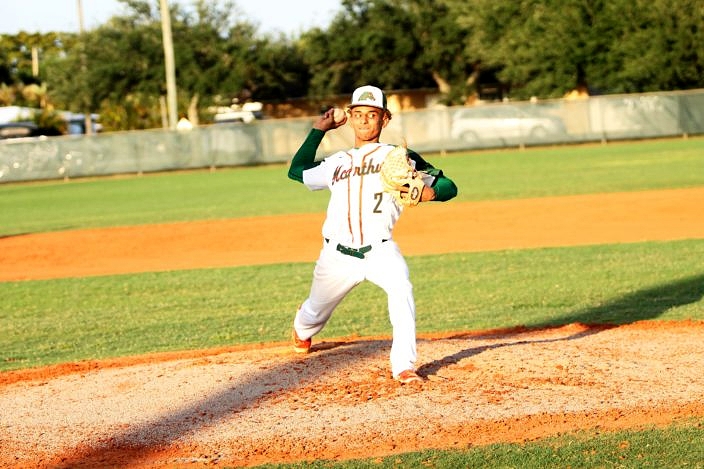 McArthur came into this game believing they were the equal of Nova. In the teams’ first meeting, the Titans won a nine inning thriller 2-1. In the rematch, the Mustangs fell short again, but it did not deter the team from believing things could be different down the road.

“They know they can play and compete with Nova,” said Mustangs Manager Oddibe McDowell. “We outhit them and out-pitched them today, but we didn’t come through in a few situations where you have to come through to win against a team of this caliber.”

The big play for Nova came in the top of the fifth. With McArthur having just tied the game at four, and carrying momentum, the Campbell brothers, who have been instrumental in the Titans perfect season so far, struck again.

Jared led off the inning with a walk. After a wild pitch moved Campbell to second, brother Jordan squared to bunt. Jordan then pulled off the perfect slash, pulling the bat back, and driving a shot to the 350 mark in dead center, scoring Jared, and giving the Titans a 5-4 lead. They would tack on another run in the inning on a Jaden James sacrifice fly.

“No,’ said Jordan Campbell, when asked if he had ever seen a slash turn into a 350-foot triple. “I’ve never seen that, but I am glad it happened.”

While the Campbell’s provided the offense, it was James and his 3.1 innings of relief work slowed the McArthur comeback attempt.

“He has been doing that all year,” said McQuaid. “He has been coming in and getting outs and shutting teams down, and he did it again tonight.” 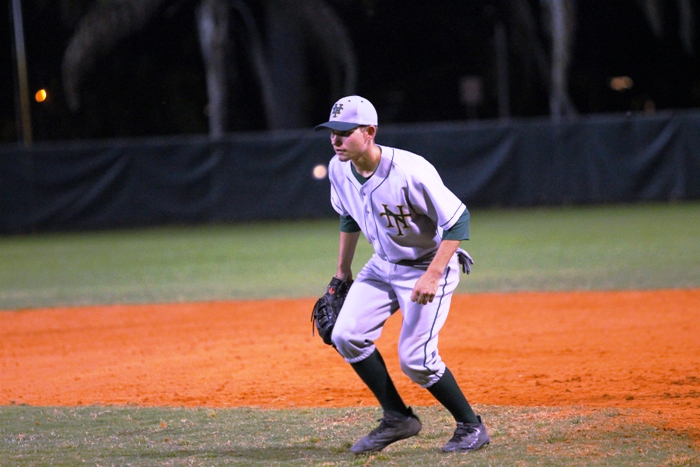 While the win locked up the district, and with two games left this week, the Titans are already looking forward to next week, when rival St. Thomas comes to town.

“We have two more games to play this week, but it is impossible to not be thinking about that game,” said Jared Campbell. “All of the emotion that goes into a game against a rival, and being my senior year. That game is definitely one we are looking forward to.”

While the Titans have played a tougher schedule than they have in the past, their 16-0 record will be put to the test in the coming weeks. The #4 Titans will play Broward’s #3 team in the Raiders, and then #14 Northeast, #13 Coral Springs Charter, and #15 West Broward over the final two weeks.

“You never want to lose a game, but we have some tough games coming up,” said McQuaid. “We’ll take them one game at a time, but the goal is to be playing our best ball come playoff time.”

The same goes for McArthur, who knows they will likely see Nova again.

“To get where we want to go, we are going to have to get over the hump and beat them,” said McDowell. “Our guys know they can play with them, so it just comes down to execution. Hopefully when we see them again we will execute better than we did tonight.”