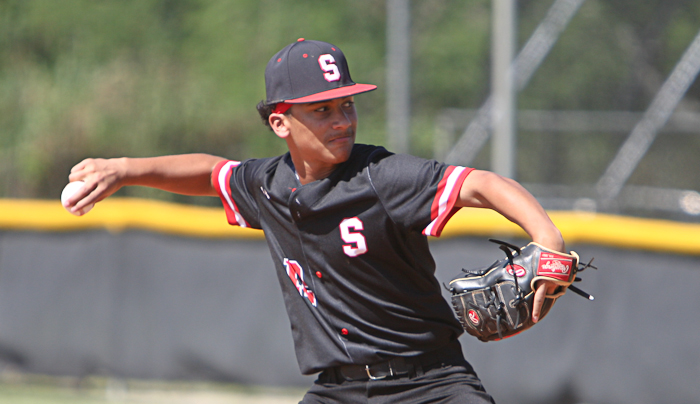 Sagemont erupted for seven runs in the sixth inning to break a 2-2 tie and roll past hosting Archbishop Carroll, 9-2 on Tuesday afternoon to clinch the top seed in 3A-8.

The Lions, now 5-0 in district play (9-8 overall), batted around in the sixth. They played small ball, using a pair of consecutive bunts from Jonathan Vega and Danny Moreno to produce a couple of runs, then turned to the long ball for seal the deal.

“I saw a really good pitch and I just took a hack at it,” said Zayas, who didn’t know initially if the ball would carry over the right field fence. “Off the bat no, but I hit it with a lot of back spin and it kept rising. After the first couple of steps I thought, ‘oh, it’s gone.'”

Zayas’ first home run of the season could not have come at a better time for the Lions.

“It feels like a big weight is off my shoulder,” Zayas said of his first homer in 2019. “I just try to keep a simple approach and if I see a good pitch, just try to put a good swing on it and hit the ball hard. I don’t care about the result, but clearly that was a good result.”

It gave Sagemont starting pitcher Fayvan Suarez a cushion to work with. The freshman scattered six hits and struck out 11 in an impressive complete-game performance.

“He’s incredible,” Sagemont manager Armando Sierra said of his clutch rookie starter. “I’m giving him the big games and he’s answering the call. He’s a little rough around the edges but he gets it and once he gets it he starts to relax and he starts to pitch and you see what he can do.” 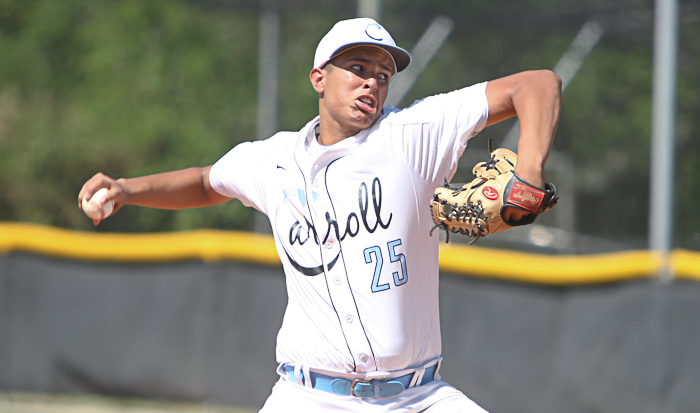 Suarez seemed to get stronger as the game wore on, allowing just three hits from the third inning on.

“I had him on a 60-pitch count in March, a 70-pitch count at the beginning of April, and now I’m letting him go,” Sierra said. “I like where he’s at right now.”

Suarez struggled with fastball command in the early innings but quickly found the strike zone and cruised through the final five innings.

“During the later innings I started finding that touch, started throwing my fastball and curveball for strikes and hitting my spots,” said Suarez, who added that he isn’t satisfied with simply playing another round of baseball this season. “It feels pretty good (to clinch the top seed in the district) but I don’t want just districts, I want to make it all the way.”

He added that it is a huge confidence boost the throw a complete game in such an important one.

“It’s a very big confidence booster,” he said. “Throwing this complete game shows me I can go and pretty much pitch against anybody from here on out.”

The Lions grabbed a 2-0 lead in the second inning on singles by Moreno and Keshav Babu, walks to Dylan Fineberg and Derek Ordaz, who also had an RBI single in the fateful sixth inning, and two of Archbishop Carroll’s six errors. 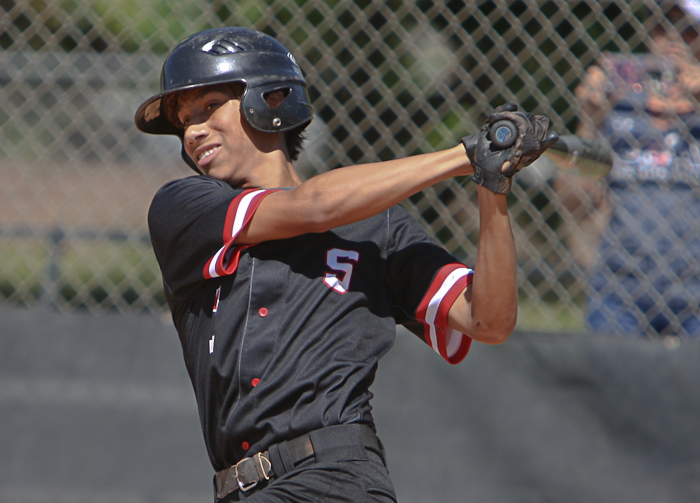 Sagemont banged out 11 hits in its 9-2 win over Archbishop Carroll on Tuesday.

However, the Bulldogs (3-2 in district play and 7-5 overall) answered with two runs of their own in the bottom half of the inning. Alex Perez singled and after a wild pitch and a single by Luis Corniel, scored the first run given up by Sagemont in district play this season.

“We have a young team, a lot of injuries this year,” said Archbishop Carroll manager Servio Borges. “We need to improve a little bit more,” he said of a team with just three seniors on the roster and one of those sidelined by injury. “I want to try to prepare the team for the future. We have a lot of talented kids but I’ve got five freshmen and three or four sophomores.”

The Lions now enter the district playoffs as the top seed in 3A-8.

“It’s important as we saw last year with this same team,” said Sierra, whose Lions won a coin flip for home field advantage last year and then won in walk-off fashion against Carroll in the district playoffs. “This was a big win for us.”