Written by Sebastian Caballero on May 2nd, 2019 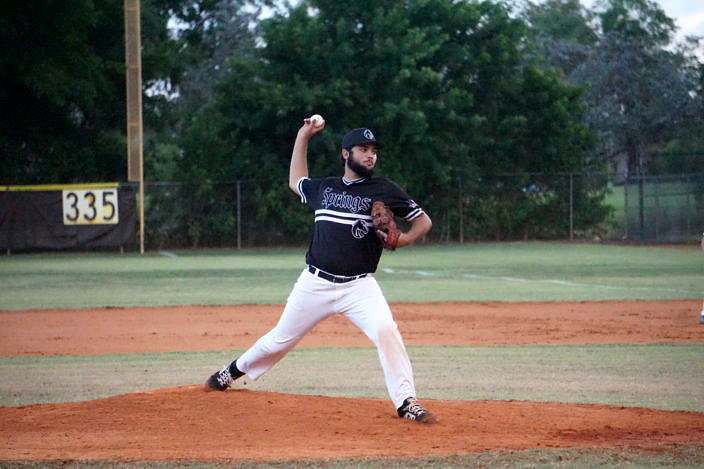 Alex Christmas tossed a complate game, and picked up the victory Wednesday night.

However, the headline for this game was really between coaching staffs, as Coral Springs Assistant Coach Chris Costanzo faced off against his son, Piper Manager Colby Costanzo. Chris Costanzo was the Manager for Piper from 2009-2012, and the family has deep roots at both schools.

“It feels weird being the fact that I coached here,” Chris Costanzo said. “It feels good to see all the success my son is having, but it is tough that we have to play each other, because somebody has to win, and somebody has to lose.”

Colby Costanzo said that this game was about bragging rights within the family, although he’s not letting this one dwell too long.

“It’s always nice to battle against each other,” Costanzo said. “It’s always fun to play against him, unfortunately for us, they had it tonight, so we will take the ‘L’ but with a grain of salt.”

The game began with both offenses putting up crooked numbers.

In the top of the first, Jordan Brown, Ryan Monakey, and Logan Taylor all singled to start the game. Brown came around to score on Taylor’s single.  A couple of batters later, Garrett Drew smacked an RBI double, and Jimi Berisko followed that with an RBI triple to give Coral Springs an early 3-0 lead.

The Bengals would cut the deficit in their half of the inning. Brendan Brady got things started with a single, and later scored on Anthony Andres’s RBI single. Andres came around to score on an RBI triple by Marvin Lopez to make it 3-2. 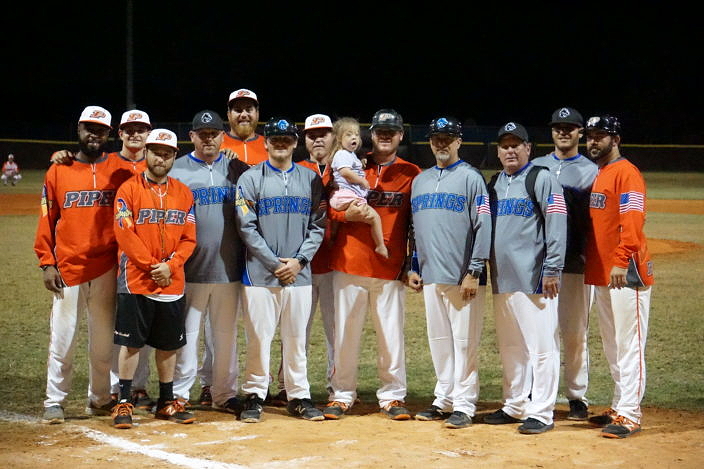 Both Coral Springs & Piper coaching staffs after the game with Landis Costanzo. #LandisStrong

Both pitchers settle down after their rocky starts, and held their opponents quiet until the top of the fourth. After the leadoff man got on base, Taylor singled to drive him in to make it 4-2.

“I know the wind was blowing in so I just tried to let them hit it,” Christmas said. “We just lost a few in a row, so picking up a win to get your team out of a slump is always good.”

The Bengals picked up a run in the sixth on an RBI single by Myles Solomon, but were held in check the rest of the way by the Colts ace.

“It was a good win heading into the district tournament next week,” Colts Manager Mike Federman said. “This gives us a little confidence heading into next week, and that’s what we were hoping for this evening.”

The Colts finish their regular season (8-10), and will prepare for their district playoffs.

AS for the Bengals, they finish their regular season tomorrow in a matchup against Chaminade-Madonna.