Written by Anthony Uttariello on May 16th, 2019 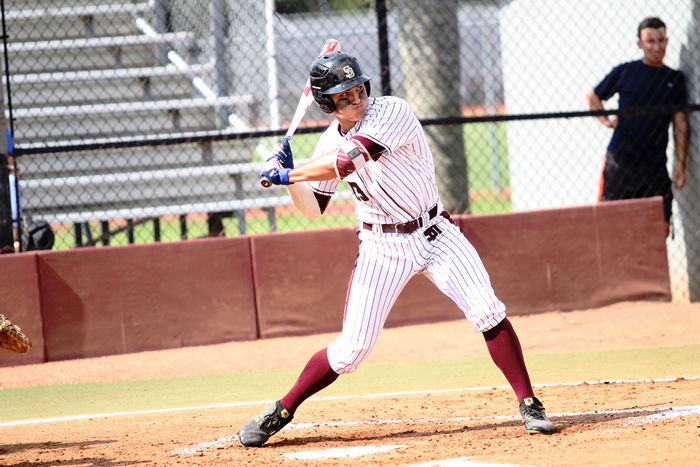 The forecast for Wednesday afternoon’s 9A regional quarterfinal between Cypress Bay and Douglas had strong weather moving in around 5PM. As the afternoon progressed, it looked as though the skies would stay clear, but there was still hurricane forces that came through in the way of the Lightning and Eagles bats.

For five innings, it looked as though a first inning error and bases loaded walk would be enough to put the Eagles into the semifinals. Lightning starter Tyler Nejaime and Douglas’ Kevin Heinrich were locked in a classic pitchers duel, with the Eagles scoring the only run of the game in the first inning.

In the sixth, however, Cypress Bay took the lead with three runs, before Douglas scored four in their half of the inning to secure the wild 5-3 win.

Rewind to the top of the sixth. With Heinrich cruising, Cypress Bay mounted their first threat of the game. With one out, Carlos Gonzalez was hit by a pitch and Joaquin Monque singled. Cesar Franco then singled, and when the ball got past the outfielder, both Gonzalez and Monque scored. Franco would then score on a wild pitch, giving the Lightning a 3-1 lead.

Nico Boza followed with a base hit, and when Jonathan Roach launched a two-run home run, the Lightning had a 5-1 lead, as their dugout erupted.

Soon after, however, the first base umpire ruled that Roach had missed first base, and called him out. The score reverted back to 3-1, and suddenly a deflated Eagles team had life.

“That home run obviously was a huge part of the game,” said Lightning Manager Bo Diaz. “It is a much different game at 5-1 then it is at 3-1 at that point.” 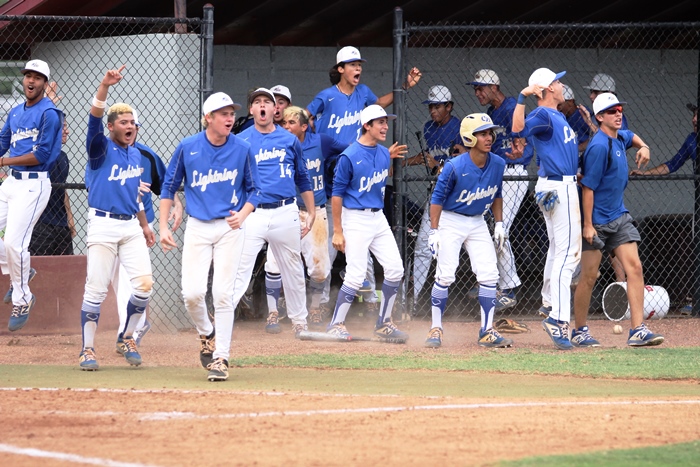 The Douglas offense answered immediately. Hunter Fitz-Gerald hit a lead-off home run in their half of the sixth, cutting the lead to one. The Eagles put two more runners on, and Colin Flynn cranked a three-run home run. Suddenly, it was the Eagle dugout’s turn to erupt.

“I knew how he pitched me earlier in the game, and I was just trying to make an adjustment in that last at bat,” said Flynn. “I was trying to go the other way, and I was able to get the ball up and it carried out. It is an amazing feeling and an amazing game.”

Douglas then closed the door in the seventh, and secured their spot in the regional semifinal.

“Anytime you make a run through the playoffs you are going to have those gut-check type moments,” said Eagles Manager Todd Fitz-Gerald. “Today was one of those days for us, and our kids responded when they fell behind.”

The younger Fitz-Gerald, who cut the lead to one with his home run, agreed.

“They played a great game and it was a real battle today,” said Hunter. “We knew when that home run was overturned that we had a chance to come back. I was just trying to set the tone for the inning, and when I did, the guys behind me all came through. It was a great team win.” 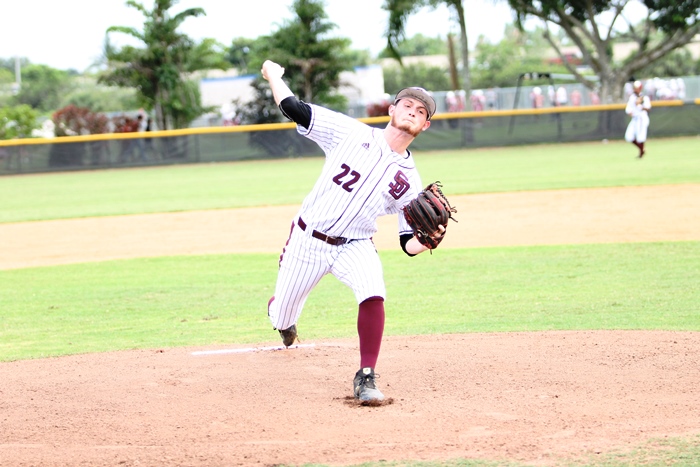 Douglas now has the advantage of sending one of their aces, Kyle Yeoward, to the mound in the regional semifinals.

“Being able to have Kyle pitching that game, I am confident in what we can do as a team,” said Flynn. “We had a goal in mind from before the season, and we still have a chance to reach that goal.”

For Cypress Bay, the loss ends a season when the Lightning dealt with numerous injuries throughout the year, while playing some younger players.

“We are still just teaching these guys how to be mentally tough in situations like today,” said Diaz. “That’s why we played the schedule we did this year. We played a good game today, but sometimes you play a good game and get beat. That’s how the playoffs work. We will get right back to work tomorrow and start preparing for next year.”