Written by Anthony Uttariello on May 30th, 2019 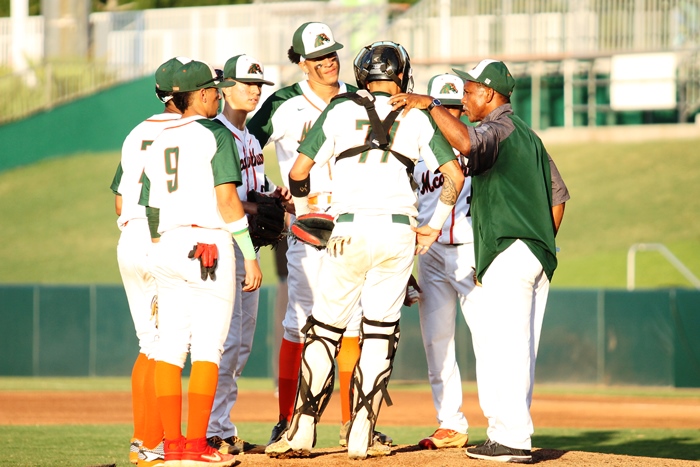 To get caught up in what happened in Fort Myers on Wednesday night would be to ignore the magical run the 2019 McArthur Mustangs have been on. Yes, the Mustangs lost their 8A semifinal game to Plant City 8-0, ending their season, but this is one case where the story was bigger than the game.

These Mustangs started their 2019 campaign 8-1. Their lone loss was to Nova, 2-1, prompting critics to point to a weak schedule as the reason for the quick start. But the players and coaches knew this was something different.

“When we started out, the guys believed they were a good team,” said Mustangs Manager Oddibe McDowell. “We were winning games, yes, but the way we were winning, limiting mistakes, made me believe all things were possible.”

“We went through a rough period,” said McDowell. “But all teams go through those types of up-and-downs. That’s baseball.” 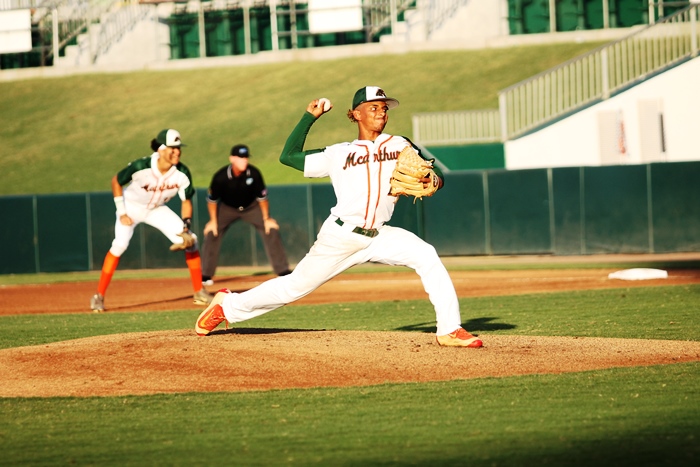 After the four losses, McArthur finished the season with four wins in five games heading into the playoffs. In the district semifinal, the Mustangs defeated rival Cooper City 6-1. But it was the next three games that would define the season.

McArthur defeated Nova, who had beaten the Mustangs twice during the regular season, 7-3 in the district championship.

“Our first goal this year was to win districts, and we accomplished that goal,” said McDowell.”

Up next was a regional quarterfinal win over Mater Academy 5-0.

“Our next goal was to win a regional game, and we accomplished that.”

Then came a winner take all game four between McArthur and Nova. The Mustangs shut out the Titans 3-0 in the regional semifinals, advancing to what surely be their demise, a regional finals matchup with defending 8A champions St. Thomas. 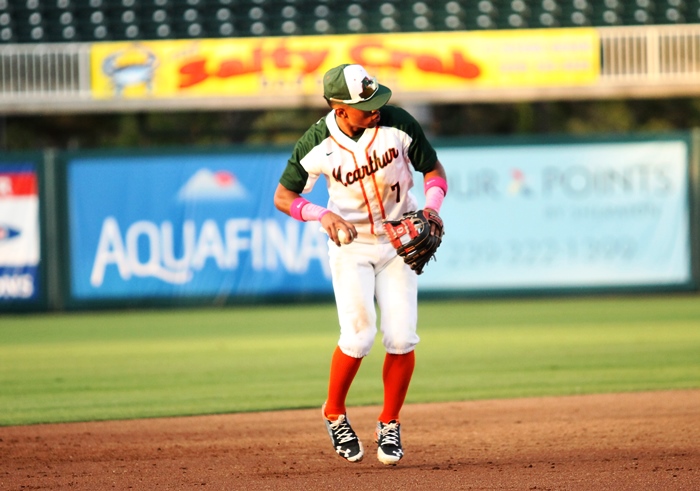 And that brings the timeline to Wednesday, when McArthur ran into a team that went 28-2 this season. The Mustangs again sent Hernandez to the mound, looking to duplicate the magic from a week before. This time, baseball showed how fickle it can be. Hernandez was not the same pitcher against these Raiders, and it quickly became apparent with Parker Messick throwing strong on the other side, that this would not be McArthur’s night.

“I think we got shaken a bit at the start,” said McDowell. “We thought we had the first batter struck out, the pitch went for a ball, and then the lead-off hitter came through with a base hit. That kind of set the tone for the game. We went a bunch of games late in the year without making mistakes, and today we made some. That happens in baseball.”

Despite the loss, McDowell, a former Mustang himself before playing professionally, understood what this group of players had accomplished.

“We came into this season as unknowns,” he said. “We knew what we had, but other didn’t. Through the course of the season these guys made a name for themselves and earned respect. We didn’t play our best game tonight, but for the season, we accomplished many of our goals. It was a great run, and something we can build on moving forward.

Indeed it was. Thanks to the 2019 Mustangs for taking us all along on their magical journey.