Archbishop McCarthy Falls To Miami Springs In 6A Quarterfinal

Written by Sebastian Caballero on May 16th, 2019 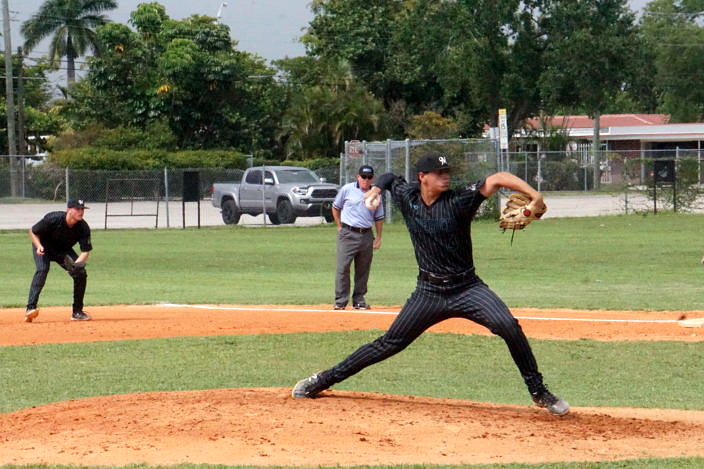 Wednesday afternoon featured a 6A regional quarterfinal rematch between the McCarthy Mavericks and the Miami Springs Golden Hawks. Only this time, the Golden Hawks walked away victorious after defeating Mavericks 2-0.

Miami Springs was lead to victory by their pitching. Starter Carlos Rey, reliever Jesus Gonzalez, and the Hawks defense shutout the McCarthy offense, holding them to just three hits in the contest.

“Carlos came out and threw strikes, and we played really good defense,” said Miami Springs Manager David Fanshawe. “We had a few double plays that were very crucial, our pitchers pounded the zone, and the guys were really motivated for this game. They’ve been looking forward to this game since last year, so they’re excited.”

The Mavericks got a great outing from their starter Adrian Vega, who went toe-to-toe with Rey throughout the game.

After both offenses went quiet in the first, it seemed runs were going to come at a premium.

Miami Springs had a great scoring opportunity in the bottom of the second, after getting runners to first and third. The Hawks elected to go small ball and called a safety squeeze. Justin Steffen executed the play, and allowed Bruce Yanez to score. A batter later, Anthony Nunez came through with an RBI single to give his guys a two run lead.

Vega bounced back from that second inning, and would not allow another run the rest of his outing. He finished the afternoon pitching five and a third innings. 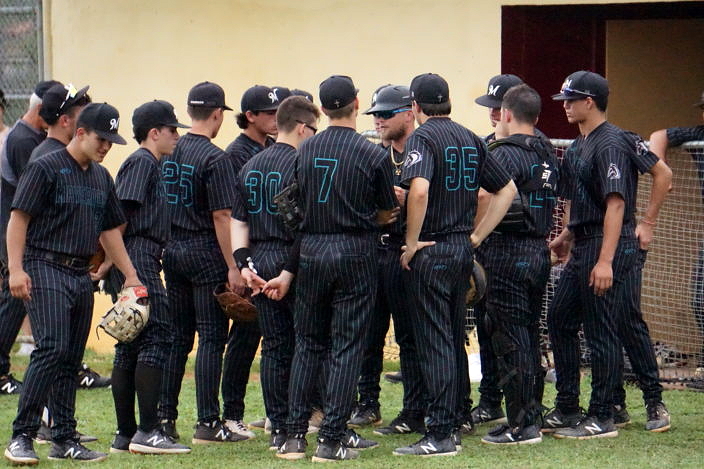 The Mavericks struggled to get anything going offensively.

The Mavericks battled, but could not solve Rey on the mound. The junior left-hander got into some trouble in the middle innings, but found a way out of it, in part due to the stellar defense behind him.

“My game plan was just to hit my spots,” said the left-hander. “I trusted what my coach was calling, and trusted my defense.”

Due to his pitch count, Rey was forced out of the game, and the Hawks brought in their freshman left-hander Jesus Gonzalez.

“I’ve been confident all year long, I’ve been put in this situation before, so I just went out there and threw strikes,” said Gonzalez.

Gonzalez retired the Mavericks in order to seal the win for Miami Springs. It’s the first time Miami Springs has reached a regional semifinal since 2014.

The Hawks will face the winner of American Heritage and Goleman, who play tomorrow morning.

As for McCarthy, their season comes to an end with a (13-14) record. Mavericks Manager Aaron Vorachek says he’s proud of his guys, and looks forward to next year.

“There have been times throughout the year that we have struggled scoring runs, and today was one of those days,” said Vorachek. “It’s a tough way to finish the season, but we’re really proud of our guys who battled all year. We have a good crop of guys moving up next year, and I think the future is bright.”