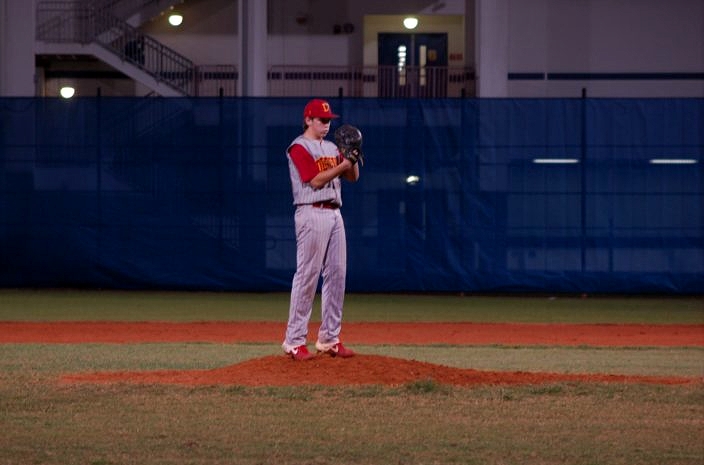 The Deerfield Beach Bucks secured their first win of the season Tuesday night with a 10-1 victory over the Fort Lauderdale Flying L’s. After dropping their first two games of the season, the Bucks have found their offense and are hoping to start a streak with their newfound confidence.

“We came out a little slow, got it together, the sticks broke us out of it, and we come up with a big win,” said Bucks Manager Charles Brown. “It’s good for the program and it points us in the right direction. Uphill from here,” said Brown. “This is the start of a long streak. That’s what I feel, and that’s what we’re hoping for.”

Starting pitcher Colby Lipovsky pitched all but the last out of the game for Deerfield Beach. Ben Hoddinott came in relief for the final out of the night with a strikeout. Lipovsky explained after that game that his coaches pulled him for the final out because of a rising pitch count. While he’d like the complete game under his belt, Lipovsky was more than happy to leave Fort Lauderdale with the win.

“Colby’s been part of our starting rotation for the last two years,” said Brown. “This year, he’s taking it a little more serious. He’s pounding the zone. We’ve just got to keep him pumped up, tell him to trust his arm and do what he’s got to do—throw strikes—and that’s what he did tonight.”

Lipovsky struck out six and gave up one run over the evening. He also made it happen on the other side of the ball Tuesday night by collecting one hit and scoring one run as a hitting pitcher. 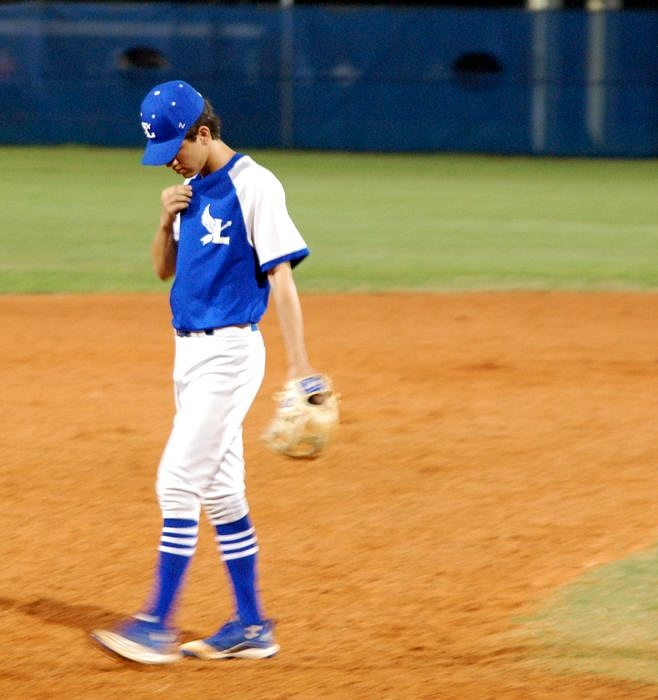 Offensively, second baseman C.J. Williams led the team with three hits and four RBIs. Williams and senior first baseman Alex Stein both saw this game as the start of something big, much like their coach did.

“Looking at our schedule, we can beat everybody on there,” said Stein. “There’s no doubt about it. We believe we’re a big powerhouse team, we’ve just got to show up. Coming out with a lot of focus, we’re going to be one of the hardest teams to beat out here.”

“If we stay locked in for seven, we’re winning that game,” Williams added.

The Flying L’s finished the night with just two hits and were held scoreless after the first inning. Fort Lauderdale Manager Terry Portice said that his team had worked on their two-strike approach and driving pitches up the middle over their last two practices. He gave credit to Lipovsky for throwing a great game by keeping his team off balance.

Portice added that there are always several positive takeaways from a game with this kind of score. 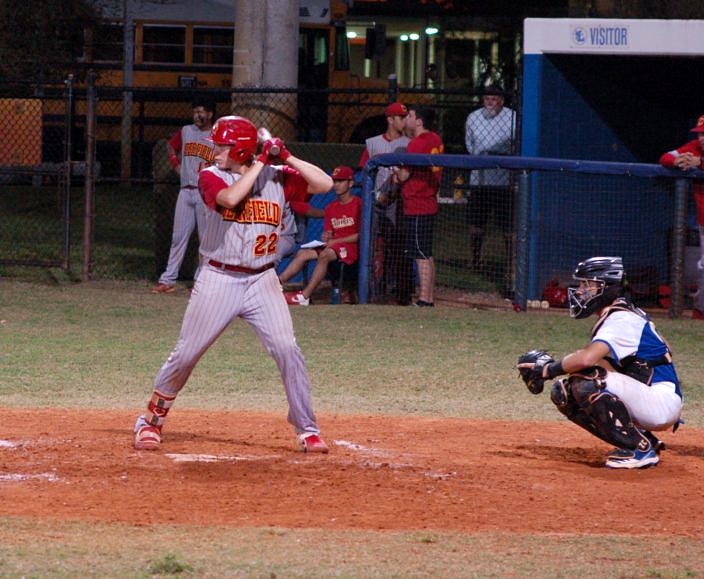 Deerfield Pitcher Colby Lipovsky at bat in the third.

“I didn’t think we pitched terribly,” said Portice. “Jake [Lynch] came in tonight and went six-up-six-down. You’ve got to love those types of things.”

Lynch played ball as a freshman, then acted as the team’s announcer for two seasons before deciding to come back out to play this year. The decision seems to be working out for him as he has yet to give up a run in his first two relief appearances this season.

The Flying L’s executed a steal with their pinch runner, Elijah Koppel, in the bottom of the third but he was unable to score. Then, Deerfield scored four in the top of the fourth. Fort Lauderdale center fielder Leo Mastellone stopped the bleeding with an outfield assist to third. 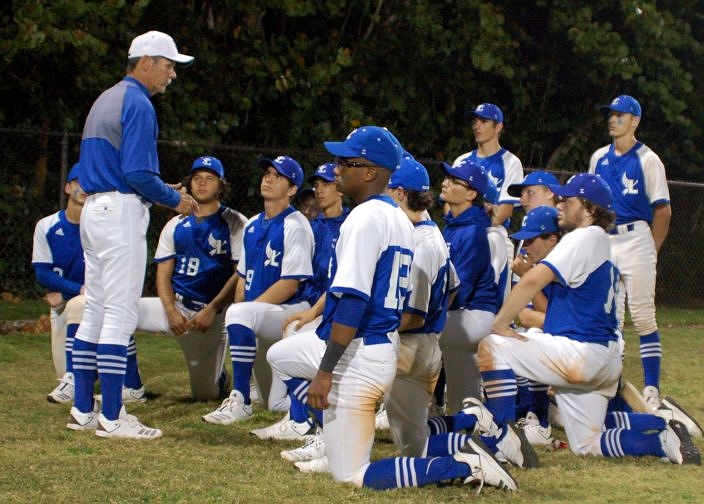 On two separate occasions, the umpire warned the bench for excessive chatter.

“I like passion,” said Portice. “I don’t like attitude directed at another team. Let the other side do what they want to do and act like a young man. I didn’t like some of the stuff I saw tonight and I will be addressing it.”