Chaminade Struggles At The Plate Against Dr. Krop 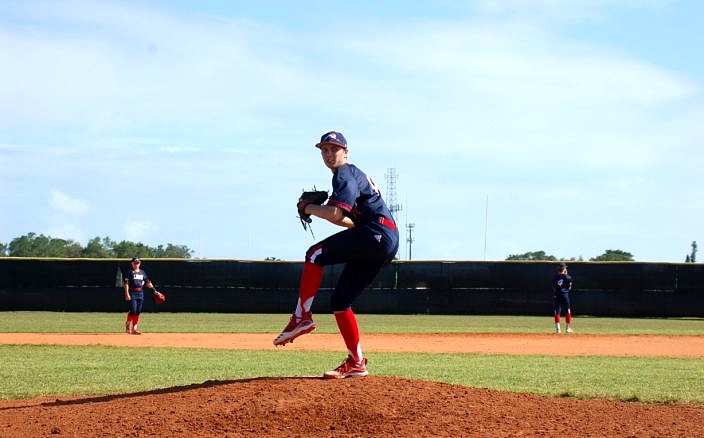 The Chaminade-Madonna Lions (3-6) and Dr. Krop Lightning (4-4) have had very similar seasons. Each team started the year off with a  three-game win streak and then fell into a slump. The Lightning were able to snap their four-game skid in a 3-0 win against the Lions on Wednesday afternoon.

“We needed this,” said Lightning manager Paul Barrios. “It’s been two weeks [since our last win]. We lost games 4-2 or 6-1. Today, we played great on the field and really stuck to our identity—pitching and defense.  That’s how we’re going to win ballgames.”

Senior Sholom Marcus threw a complete game for the Lightning and flirted with a no-hitter until the sixth inning. On just over 100 pitches, Marcus struck at 12 batters and gave up just two hits. He didn’t allow a baserunner until losing control of a pitch and hitting a batter in the third. The runner was later tagged out after jumping early off first.

Marcus continued to face the minimum amount of batters until a leadoff walk came in the fifth. He refocused and struck the next three batters out. Finally, the no-hitter was broken up in the sixth by a base hit to the right side from Chaminade catcher Hunter Fiori. The only other hit Chaminade managed was in the seventh by David Leonardi.

“[Marcus] has been like this all year,” said Barrios. “This is already his third complete game. Listen, he’s been so good, he hasn’t even been mediocre at times. We just have to keep him healthy because he knows how to pitch. He’s one of those special kids that you have, and he’s a good student with good character.” 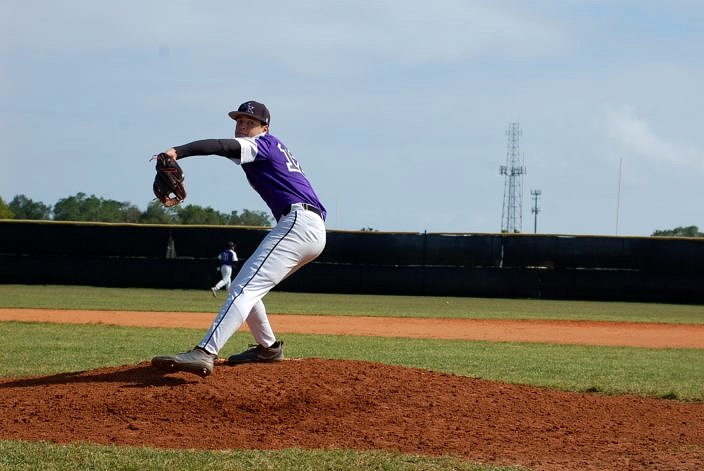 Marcus said he didn’t know about the no-hitter until he lost it. He was too focused on winning. Early in the game, Barrios said he heard Marcus telling his teammates that all he needed was one run to win the ballgame. They came through for him in the fourth inning, scoring the first two runs of the game.

“It was great that these guys were able to put up a few runs,” said Marcus. “We’ve been struggling lately offensively but we got three today, which was just enough to make me feel comfortable.”

Right fielder Daniel Sanchez drove in shortstop Kelvin Feliciano with a double to score the first run, and third baseman Eiri Ortiz knocked in Sanchez with his second single of the night. Dr. Krop only put together four hits on the afternoon, but the hits they did muster up drove in runs.

Chaminade’s offense struggles have played a large part in their current six-game losing streak. In that span, the Lions have been shut out or held to a single run four times.

“It’s the same thing we talked about a few weeks ago,” said Scott. “We had really big swings with gale-force winds coming in, and we weren’t willing to shorten up and put the ball in play.” 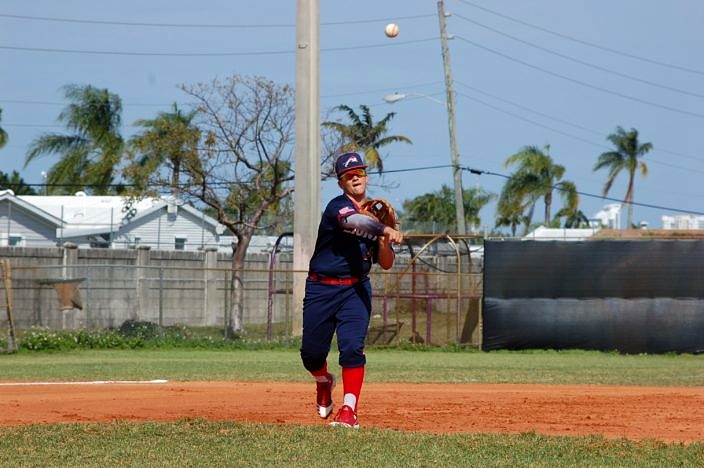 Scott said he like the performance he got from his pitcher, J.T. Lipka. Despite the loss, Lipka threw a complete game and gave up just two earned runs in his sixth appearance of the season.

“We’re definitely a better ball club than this,” said Lipka. “I think what really needs to click is our hitting, for sure. We’ve got to have better approaches at the plate and we have to swing at better pitches. Once we get our approach down, I think we’re going to be a really hard team to beat.”

The Lions will take on the University Sharks for the second time in two weeks next Tuesday. Their last matchup was tightly contested until the sixth inning when the Sharks took control. With six days until that game happens, the Lions have time to make the changes they need to.