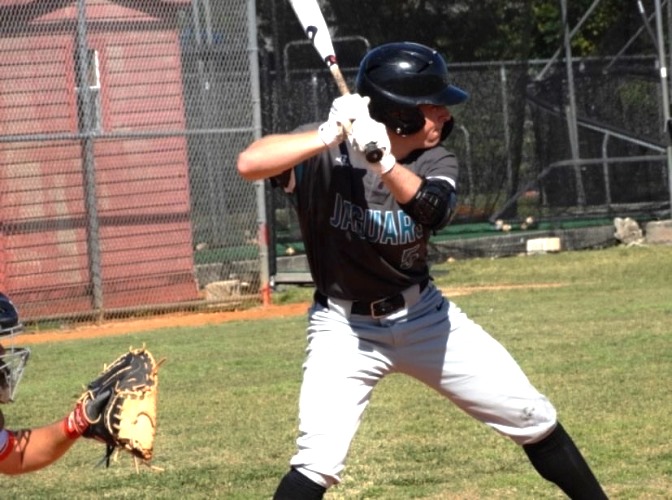 Cole Lea overcame a torn labrum, but had no idea what was coming next.

Cole Lea, #5, from Coral Glades, is an outfielder that graduates with the class of 2020. Cole was the 8A-13 Hitter of the Year as a junior. He gave us some insight into what the past few months have meant to him as his senior season was cut short.

My name is Cole Lea, and I have had the privilege of being a varsity player at Coral Glades High School for the last 4 years. I have been part of two District title winning teams, shared the field with some amazing players, and have had an amazing experience playing at this school.

During the last summer in a tournament in Palm Beach, I dove back into first and immediately felt a pop in my right shoulder. Instead of electing to get it checked out immediately, I decided to hit through the rest of the summer with my team and get it looked at as soon as the season concluded.

When I received my diagnosis on the first day of school that I had a Torn Labrum that required surgery, I immediately knew that this senior year would be challenging. No fall ball and no showcases or tournaments to perform for college coaches was definitely going to have an impact on my chances of playing college ball.

I have always had the dream of competing at the highest level, and I have been working at that since my freshman year. Ever since I made varsity my freshman year, the older guys always pushed me to get better, and I never settled for less whenever it came to working on my craft. I decided to make the best of my situation, and gave everything I had to be 100% by spring.

The surgery revealed a much worse tear than they had originally thought, and instead of just the front labrum being torn it resulted in an around the clock tear. Rather than three holes in my arm, I awoke with five. Therapy was brutal, and consumed so much of my life to the point that I became obsessed with it. I needed to be on the field for my senior year, there wasn’t any other option.

It took me three months of tough treatment to even begin swinging a bat, and four months to even pick up a baseball. But finally, after fighting through my throwing program and working twice as hard as others to get back into baseball shape, I was able to return to the team I love to play with my brothers one more year.

Unfortunately, that time would be short-lived. When I first heard the news that our senior year would be suspended, I was pissed off. All of the work I put in to get back to where I was, and then now that I was finally healthy it was being taken away from me? It did not seem fair.

The senior year goals, all of the work I put in to get healthy, and the dreams of finally making it to Fort Myers for states were all thrown out the window. I would never get to have my senior night with the guys that have been with me since freshman year, never again be able to put that Jaguars uniform on and play a home game under the lights.

I was truly devastated by my situation, but I realize that it could not be compared to what others are going through. This coronavirus has affected people close to me, and I quickly put my circumstances into perspective. I lost my season, but some people are losing their lives.

I am thankful that I have been able to stay healthy during this time, as well as my family, teammates and my coaching staff. I know these are extremely trying times for everyone, and I recognize that I am one of the lucky ones. I have been making the best of this time off, working as hard as I can to stay in peak shape and taking care of my body. I took this time off to truly look at what I need to improve on in myself, not only in baseball but in life too.

My senior year has gone nothing like I imagined it would, but I wouldn’t trade these last four years for anything in the world. I have made lifelong friends that I call my brothers. We won the only two district titles in school history, came out on top in a ton of games, and competed hard no matter what opponent we faced.

Coach Franco and the entire coaching staff turned me into a better man and taught me how to be responsible and not make excuses. You take the little things for granted when they come with ease, but after my surgery I truly began to see just how lucky I was to play on the field.

This year I was grateful for every at-bat, inning on the field, and practice with my teammates. It is disappointing that I will never be able to share the field with my teammates again, or participate in any of the activities that the 2020 class was looking forward to doing.

I know that this is not the end of the road for my playing career, and that this is just another way that God is testing me. It is my belief that everything happens for a reason, and that we will all come out of this better than we went into it. Baseball has given me great friends, mentors, and stories I will have for the rest of my life, and I am blessed to have been a Jaguar for my entire high school career.