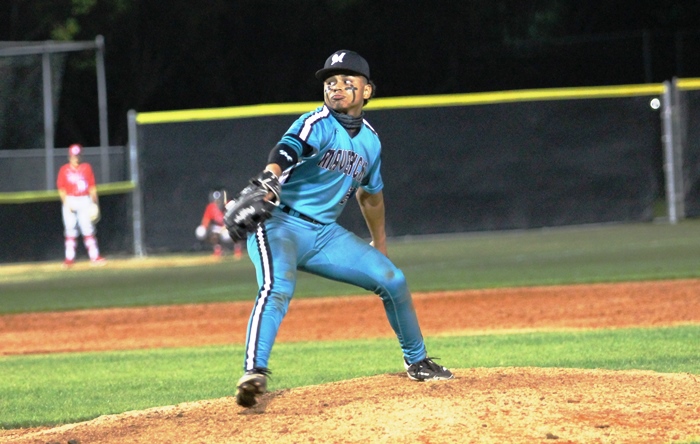 Tonight was one of those nights. A night when the gravity of the situation overshadowed the on-field game.

It has been nearly 11 months since the high school baseball season was shut down. That represents the longest layoff that teams have ever seen here in South Florida, and when Doral and Archbishop McCarthy took the field for their first 2021 game, everyone knew that the emotions were running high.

So high, in fact, that the teams played one of the most legendary games in the short history of the HSBN First Pitch Frenzy Invitational.

Archbishop McCarthy scored first, and Doral answered. This happened several times on the night, until the coaches decided that time had defeated both teams on this night. The end result? A 4-4 tie.

“Obviously nobody likes to play to a draw,” said Mavericks Manager Aaron Vorachek. “but after the way those teams fought tonight, it only makes sense that neither deserved to win or lose.”

McCarthy had taken an early lead in the first inning in front of a hyped up crowd. As is the case in most seasons, the play was not as sharp as it can be later in the year. Several walks and acouple timely hits led to the Mavericks lead.

“We walked too many guys early on,” said Doral manager Ralph Suarez. “Combine that with our offense, which had performed well all Fall, having some bad at-bats, and you end up having to dig yourself out of a hole.”

That digging occurred in the top of the seventh. With McCarthy leading 4-2, the Firebirds showed some discipline of their own at the plate, tying the game at four, and sending the game into extra innings.

“When we look back, we will look at how we were unable to close out the game in the seventh,” said Vorachek. “But we are on a pitch count early in the season, and our guy had reached that limit, so we took him out. Later in the year, that may be a different situation. But for tonight, we had to get him out of the game.” 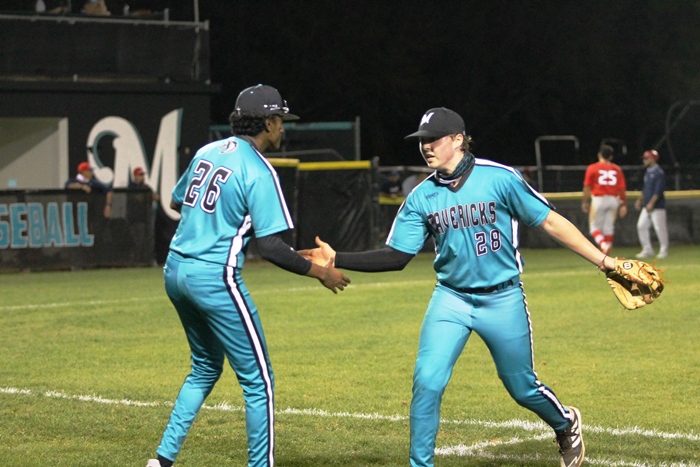 After Doral tied the game, the teams headed to extra innings. The relief pitching for both teams was stellar, not allowing either offense to even put a runner on second base. Until the 11th.

Doral worked into a first and third situation with one out, and hit what appeared to be a lead-taking double down the left-field line. The ball, however, was ruled foul. And after a strikeout, the Mavericks turned a hard hit line drive to second, into a double play.

With the threat over, and time getting late, the teams agreed that the bottom of the 11th would be the final half-inning. The Mavericks were unable to score, and the first game back since the COVID pandemic started, ended in a tie.

“With everything we all as a baseball community has been through the past year,” said Vorachek. “This was a symbol of how great being on the field again in a high school game feels.”

“It is a long season, and for our guys, we want to play the best teams. We are never going to win a national championship, because of our schedule, and that is ok. Games like this prepare us for the playoffs. So even though it was a tie, the game still provided some positives.”