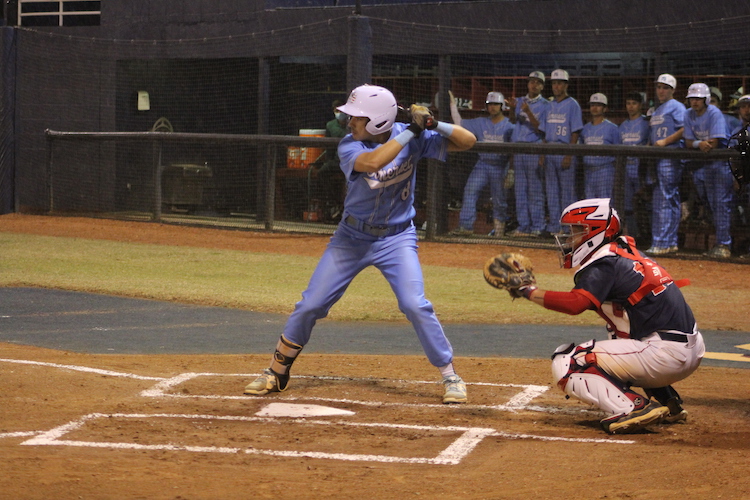 After losing two of their first three games to start the season, early season struggles are nothing more than a distant memory by now for the Champagnat Catholic Lions.

With pitcher Alex Pereira leading the way, Champagnat won its sixth straight game on Wednesday night when the Lions defeated Pembroke Pines Somerset Academy 5-1 at St. Thomas University in a battle between teams both ranked No. 6 in the HSBN Power Rankings in their respective Miami-Dade and Broward counties.

Pereira was in shutdown mode virtually all night long as he went the distance with an 85-pitch effort, scattering five hits while striking out 10 and did not walk a batter, as the Lions improved to 7-2.

“I just tried to go out there and throw strikes, make them put the ball in play and let my defense do the rest,” said Pereira. “The idea was to try and minimize my pitches, not get deep in the count, start off with fast balls or curve balls, stay ahead in the count and just get my rhythm going. I was more energized and pumped at the end than in the beginning and could’ve come out for an eighth inning if I’d had to.”

Pereira referred to the fact that he finished his night in style when he struck out the side in order in the last of the seventh to close out the game.

“That number 19 (Pereira’s number), that kid’s a workhorse,” said Champagnat Manager Jorge Aguas. “I give him the rock, tell him to go out there and throw strikes and bring me a W and that’s exactly what he does. You can’t ask for anything else, he was outstanding out there tonight.”

The loss was a tough pill to swallow for Somerset. The Panthers (5-4) had a nice outing of their own from starter, Dylan Ingrando. As a staff, Somerset brought a combined 1.48 ERA into the game and Ingrando was flawless through the first five innings, striking out six and walking only one. 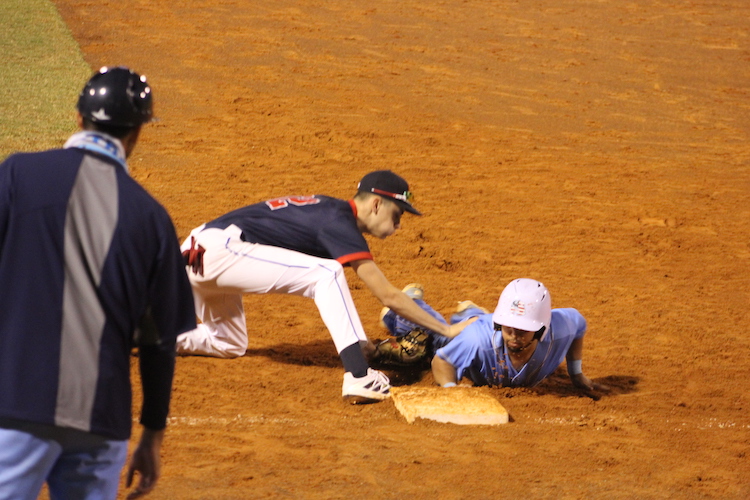 It was the defense that let him down as two key errors, both with two outs, led to single Champagnat runs in the second and third inning to stake Pereira to a 2-0 lead.

Periera only had one trouble inning and that came in the fifth when Somerset’s Brock McCullough led off with a bunt single and, Alex Servilla followed by trying to sacrifice bunt him down to second, he wound up dropping a perfect bunt down the third base line and beat it out for another hit as McCollough raced to third.

It was here that the Panthers may have run themselves out of a potential big inning when Servilla took off for second in an attempt to draw a throw and allow McCollough to score. It worked in that McCollough did score but Servilla was out at second. When Mason Elrod followed with a base hit to left, Somerset Manager Arby Sosa could only fret over “what might have been” had Servilla still been on base.

Pereira bore down and got Colton Yancey to bounce into a fielder’s choice and leadoff hitter Lucas Lopez to ground out to second to end the inning and what would be Somerset’s only threat of the night.

“We’re battling and pitching well but just not hitting the ball anywhere,” said Sosa. “Right now we’re just not swinging the bat and we have to figure that out and make sure we give our pitchers a chance. Hopefully that will eventually come around at some point so we can get back in these games when we’re down early.”

When Ingrando started the sixth inning by hitting Jurrangelo Cijntje, walking Kevin Rodriguez and then giving up an RBI single to right center by Justin Aguas, his night was over as Andy Acosta was brought in to relieve him.

With runners on the corners and one out, Acosta fielded a bunt attempt by Adrian Mondeja not far from home plate and tried to reach out and tag pinch runner Brian Alfonseca trying to score from third but couldn’t reach him giving Champy a 4-1 advantage.

Pereira then helped himself even more as he ripped an RBI single in the top of the seventh to score Kaylan Nicasia and complete the scoring. 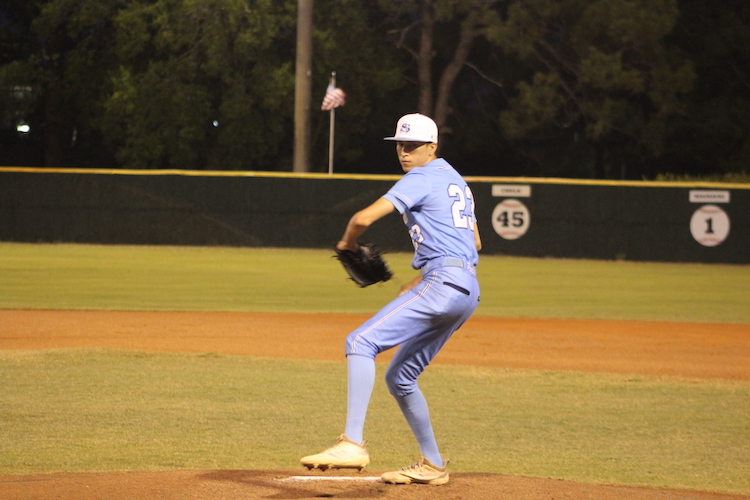 Somerset Academy starter Dylan Ingrando had a strong outing but was the victim of two early unearned runs.

“Tonight we just played good defense and then that guy right there (pointing to Pereira) just take care of business,” said Rodriguez who was 2-for-2 with a run scored. “He really was a dog out there shutting them down and when we have all of that going with out offense and defense, we don’t think anybody can beat us. We’ve won six in a row now so we’re definitely moving in the right direction and hopefully we can keep this going into Friday and give them their first loss.”

Rodriguez referred his team’s biggest game of the season to date which will come Friday night when the Lions travel to North Fort Lauderdale to take on HSBN’s No. 1 ranked Broward team in Calvary Christian which has yet to lose.

“I guess that’s six in a row so we’ve got it going right now and we’re really excited about the opportunity in front of us Friday night,” said Aguas. “I’m extremely confident that we can go up there and get it done. Let’s see what happens. It’s baseball, right? We’ve got nine guys to put on the field, they’ll have nine guys to put on the field and a winner has to come out. They are loaded with talent on that team but we’re nobody to sleep with either. We’ll be ready to go up there and challenge.”