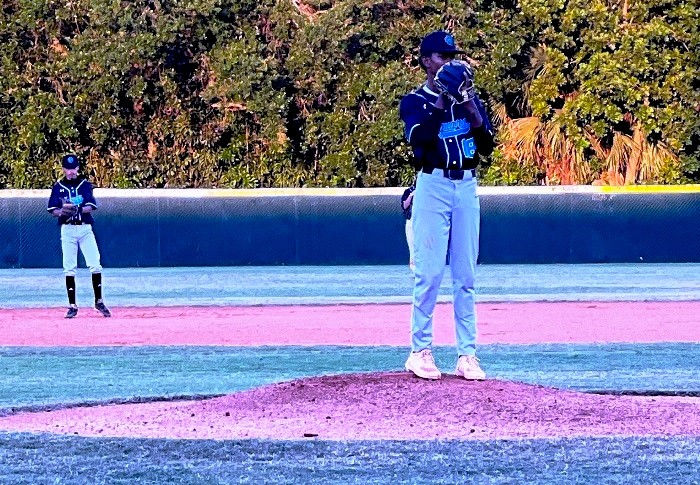 It is always a night of reminiscing for Coral Glades Manager Joe Franco when his Coral Glades team travels crosstown to face his alma mater, Coral Springs. Franco starred for the Colts back in his high school days, and always relishes the opportunity to go back.

“It was nice to be back on the field where I played for four years,” said Franco. “Coral Springs will always be a special place to me.”

His Jaguars team made sure to make it a happy homecoming. The Coral Glades offense put up two runs in the second, and then tacked on another four in the third, to take an early, commanding 6-1 lead. From there, Glades cruised to an 8-1 win.

“Very proud of my kids for executing the game plan tonight,” said Franco.

That game plan included sending freshman Anthony Quigley to the mound to start the game. Quigley responded by throwing 89 pitches across six innings, giving up four hits, and only one earned run.

Quigley was relieved in the seventh by Elijah Leon, who struck out two Colts to secure the victory.

“Anthony and Elijah pounded the zone and trusted their defense,” said Franco. “Defensively we made the plays, and on offense we had the right approach against a very good pitcher.”

That pitcher was Colts senior Alex Christmas. The Springs ace has won some big games for the Colts in his career, but the Jaguars offense was able to get to him early.

After the Colts scored a run in the bottom of the first on a Tyler Federman single and an Anthony Fiore triple, it was the Coral Glades offenses’ turn.

In the second inning, senior Jonny Melnick led off with a single, and stole second base. After a groundout, and a walk, the Jags scored the first run of the game on an error.

Leon then drove in Evan Puccio with the second run of the frame. 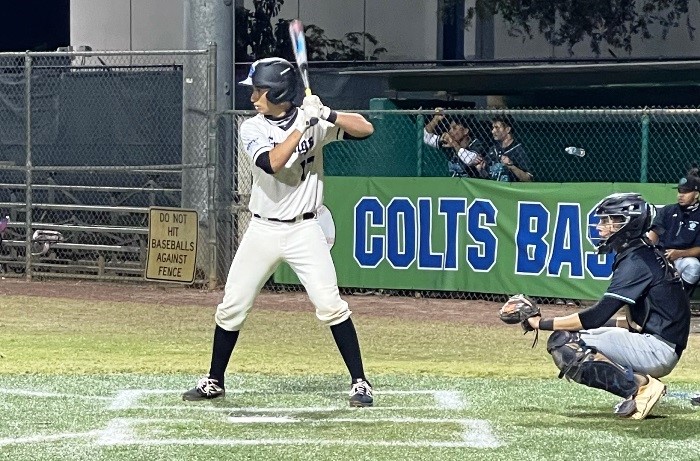 In the third, the Jaguars added to their lead. Andre Juhasz led off with a double, followed by a Nick Basso infield hit, and Melnick reached on a bunt single, scoring Juhasz.

Trace Thelwell followed with a bunt single of his own. When Puccio singled, Leon hit a sacrifice fly, and Angelo Smith’s base hit, Glades had built a 6-1 lead.

On the day, Coral Glades had four hitters with at least two hits, highlighted by Juhasz at 3-for-4 with two runs, Puccio 2-for-2, with two walks, two runs, and an RBI, and Melnick, who ended the night 2-for-3.

For the Colts, the loss was their fourth in the last six games, after starting the season 5-0.

“We did not play well tonight defensively, and gave them too many opportunities on offense,” said Manager Mike Federman. “Tonight was just not our night.”

The Colts will close their week Friday at home against Northeast. Coral Glades will travel to Deerfield Friday night.