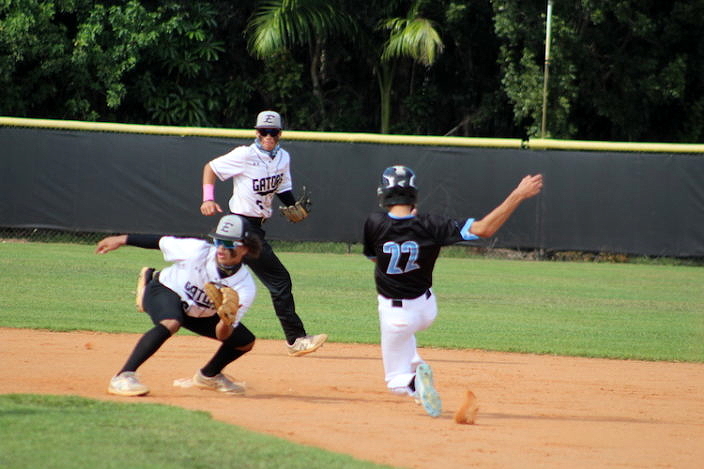 Two days after suffering a tough loss to top ranked Douglas when a late 3-1 lead turn into an 8-3 defeat, West Broward was in no mood to horse around with neighborhood rival Everglades on Thursday afternoon.

The Bobcats, ranked #4 in HSBN’s Broward Power Rankings, took out their frustrations on the Gators as they delivered a 13-3, six inning victory at West Broward High School.

After getting off to a sluggish start, falling behind Everglades 2-0 in the top of the second inning, a double by Staling Zabala and RBI single by Mo Maiquez being the key hits, West Broward turned on the offensive firepower.

With Derek Bermudez and Juan Correa leading the way with tape measure home runs, the Bobcats answered the early deficit with six runs in the bottom of the second, three more in the third to build a 9-2 lead and coasted from there, finishing with a total of 13 hits.

Even though he only pitched the first three innings, Correa, a senior and Stetson commit was the pitcher of record and recorded the win while Christian Zapata and Luis Rodriguez came on to finish up the final three innings.

“Everglades always competes and they came out and knocked us back at the start so credit to them,” said West Broward Manager Howard Stein. “But we figured we’d be alright because we know we have some bats and would start swinging. Mike Rodriguez got the big hit to get us going, but unfortunately he hurt his knee on the play and we lost him for the rest of the game. Then Derek (Bermudez) hit the jack and everything was good from there.”

Stein referred to his team’s big second inning when, after loading the bases with only one out, Rodriguez, the team’s DH, stepped up and ripped a base-clearing shot to the right center field fence. But his leg hit awkwardly as he rounded first base and he fell to the ground in pain. He was tagged out before getting medical attention and eventually walked off on his own power. 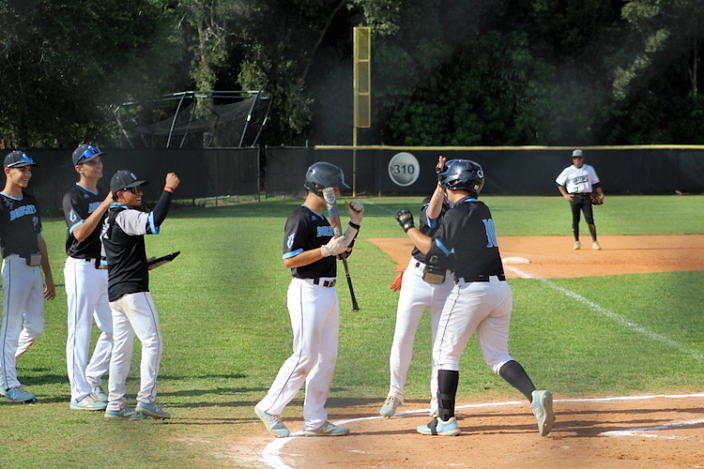 Derek Bermudez is met and congratulated by his West Broward teammates following his 2-run homer in the second inning.

Even with the bases empty, two outs and a 3-2 lead, the Bobcats weren’t done. After Alejandro Sardinas reached on an infield hit, Bryce Courson brought him home with a triple to left center. Then up came Bermudez. The North Carolina State commit had a 3-0 count against Everglades starter Adrian Sabatier but Stein green-lighted him and was rewarded when Bermudez launched a deep shot over the 310 sign down the left field line.

“I got the green light and was just looking for a pitch to drive,” said Bermudez. “I got a fast ball middle in and just didn’t try to do too much with it, just got the barrel on the ball and got a good swing on it. Credit to Coach Stein for believing in me in that situation. That was an important inning for us because we came out a little flat and when we fell behind 2-0, it was important that we answered that quickly and we did.”

Correa led off the last of the third with another towering drive which cleared the 360 sign in left center to make it 7-2. One out later Stephen Mason singled, Brandon Vargas drew a walk, both runners advanced on a wild pitch and then scored on a throwing error by the second baseman off a ground ball by Sardinas.

After Everglades scored a run in the fourth, West Broward answered with two more runs in the bottom of the inning to make it 11-3 and then ended the contest with two runs in the last of the sixth, pinch hitter Vince Alvarez getting hit by a pitch with the bases loaded bringing in the game-clinching run.

The win moved West Broward’s record to 12-4 and, enjoying a roster dotted with major college recruits including Bermudez, Correa and University of Miami-bound pitcher Sebastian Perez, the scuttle is that this is easily West Broward’s best team in the young history of the program (the school opened in 2008) thus the level of expectation this season is a high one. Namely making the state final four in Fort Myers.

“I thought we played well against Douglas and it showed our guys can compete with the top teams,” said Stein. “We have another couple of big ones next week on the road at Taravella and Cooper City and then districts. We’ve pitched well this year and I really think we’re starting to swing the bats so I think we could be dangerous down the stretch so yeah, the goal is Fort Myers. We’ll have a shot.” 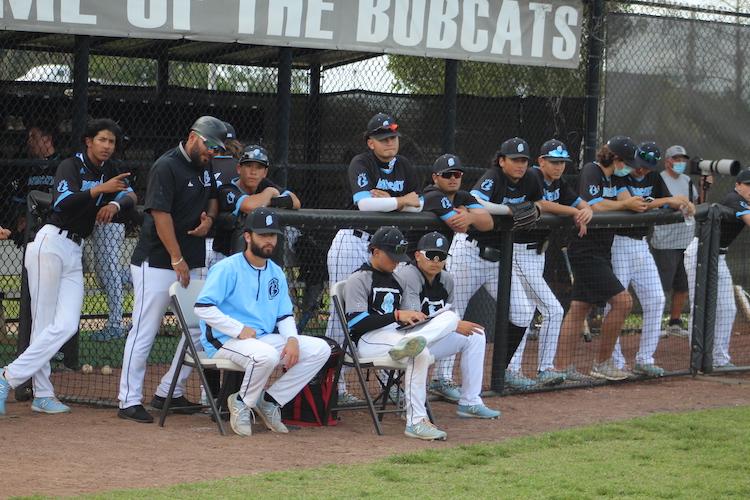 Coming into the game hitting .261, Bermudez finished 1-for-3, now has 12 RBIs on the season and quickly agreed that this West Broward team is a special one.

“I look around at the guys we have around the lineup and I see the talent and potential,” said Bermudez. “It’s a good group of guys on the field and off. You try not to look too far ahead and take it one game at a time not overlooking any opponents but we definitely know we’ve got something special here right now and are definitely looking for big things when the playoffs arrive.”

After starting the season 3-0-1, the loss dropped Everglades to 4-6-1 but Manager David Monge said he has a young team and is working to keep things positive in the dugout.

“We got off to a nice start today but we have a very young team composed of mostly JV kids who are real grinders but we were up against a team of 17 and 18-year olds so it was just a matter of time before their big bats wore us down,” said Monge. “They (West Broward) just have such a big lineup from one to nine and I expect them to make a lot of noise once the playoffs next month. We’ll just keep working and try and be positive with the kids. They’re young and when they’re young you need to do everything you can to not get discouraged, keep their heads up and keep working hard.”