Written by Anthony Uttariello on May 9th, 2021 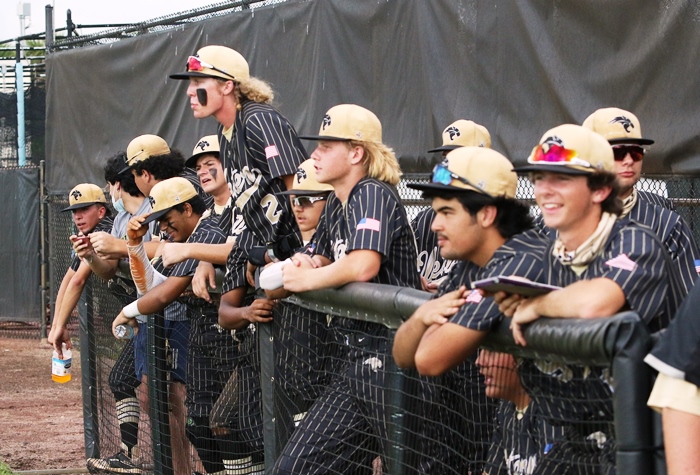 Gabriel Perez was brilliant on the mound for the Western Wildcats on Friday afternoon in their 7A regional quarterfinal match up with West Broward. The senior was cruising, throwing 63 pitches through four shutout innings, while allowing only one hit.

That is why the Bobcats may have been relieved to hear the lightning detector go off entering the 5th inning. The game was suspended, and would be picked up Saturday morning with the Wildcats leading 2-0.

In kost cases, getting Perez off the mound could have been a momentum-changer. But Western first baseman Sean Kaelber made sure that was not the case, blasting a two-run home run as play resumed. The Wildcats then held on for a 4-2 win, guaranteeing their spot in the regional semifinals.

“West Broward is a great club and was very resilient. Both teams know each other well,” said Western Manager Onel Garcia. “In a game like this, one hit can be the difference, and Big Sean got a hold of one today.”

Western started the scoring early on Friday, putting up two runs in the first inning off West Broward starter Sebastian Perez. Whilmer Flores and Dante De Jesus led off the game with walks, and Kristian Noriega loaded the bases with a single to right.

An error, and a fielder’s choice brought in Flores and De Jesus.

From there, the Wildcats turned the game over to Perez until the game was halted.

“Gabriel was lights out for us yesterday,” said Garcia. “He is very competitive, and thrives in big games. Unfortunately lightning stopped him, but EJ (Isturiz) came in today and finished the job.” 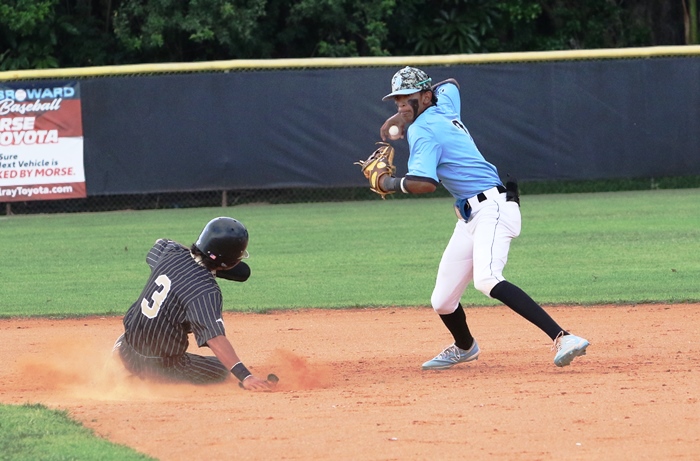 The combination of Perez and Isturiz has become a common one for the Wildcats during this playoff run. The pair combined for the win in the district semifinals against Cypress Bay as well. For both pitchers, the approach has been simple.

“Going into the game I knew we were going to be up against a very well coached team that can really swing it,” said Perez. “So I was just focusing on getting ahead, throwing a lot of strikes, and leaving the rest up to my guys behind me.”

The Bobcats made things interesting in the sixth. Down 4-0, the 7A-14 champs began mounting their comeback. After two quick outs, Juan Correa singled, and Stephen Mason doubled. Jason Wachs then promptly drove in Correa and Mason with a base hit.

Isturiz was able to get out of the jam by inducing an inning-ending ground ball to short.

In the seventh, Isturiz made it interesting, walking the bases loaded before striking out Correa to end the threat, and the game. 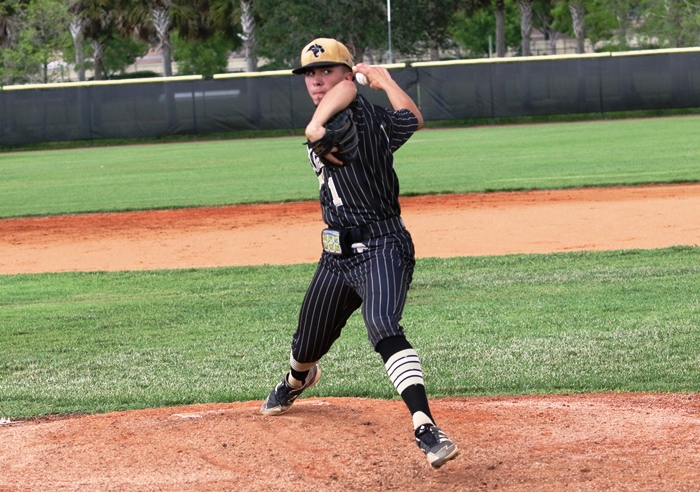 With the win, Western will continue their playoff run with a rubber-match game against district rival Taravella. The Wildcats defeated the Trojans 7-0 earlier in the year, but dropped the rematch 9-1 in the district championship game.

“We are going to face a Taravella team that no doubt, is a very good club,” said Garcia. “We’ve each won one game head to head. Hopefully we can take the third.”

Regardless of the outcome of that game, Garcia expressed pride in the adversity his program has overcome.

“We were 4-7 at one point, but didn’t want to be known as mediocre. We got shutdown for two weeks and had all kinds of adversity between the field lights moving some of our home games, and starting the spring late,” said the skipper. “But we hung in there, and battled, and got better every week.”