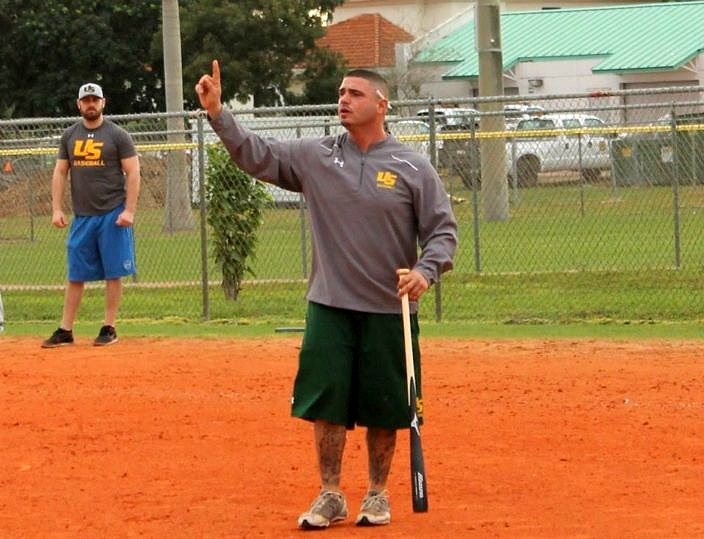 Former Manager Dan Rovetto has returned to coach the Sharks in 2022. Rovetto previously coached the University Suns from 2014 to 2016.

Have you heard the great news?

University School Athletic Director Paul Herfurth recently hired former Manager Dan Rovetto to return to coach the Sharks, beginning next year for the 2022 season. The 14-year veteran previously managed the program for three seasons, beginning in 2014 and until he left to accept a job as an MLB Scout for the Seattle Mariners following the 2016 season. Rovetto was 48-33 in three seasons, including posting a 20-8 mark in 2016, while playing in the most difficult district in the state at that time.

“I know the lay of the land at the school, having been there for many years prior, so I thought it was just a good opportunity to get back working on campus,” Coach Rovetto said. “I’ll have an opportunity to work; I will be the Associate Athletic Director. So I will be there full-time on campus and just try to rebuild the program with Paul. Obviously, we had a tough year with the COVID stuff. My son being there plays a factor in me wanting to come home and be around more, and see part of his process through everything. So I’m excited for a full-time job and to be working with Paul again.”

What the numbers do not reflect, and what is perhaps the most exciting part, is the passion that Rovetto has for the program. His players have always left their hearts out on the field after playing for him, because his heart is that equally invested in his team.

“I’ve known Dan for a long time, with him being my assistant back in our days together at Chaminade-Madonna. He knows what I expect, and the one thing that you can never question is his heart,” Herfurth said. “With everything that he does, he puts his heart and soul into it. He cares about the kids and he’s very passionate in what he does. It’s very challenging to get somebody that coaches for the right reasons, and really is about developing players, and that is what he is all about. His baseball background is a plus, but it really is about his commitment, his love and passion for the kids and the program. To me, that is much more important than any strategy that a coach can lay out there. These kids are going to learn a lot of baseball, but, more importantly, they are going to feel valued and loved.” 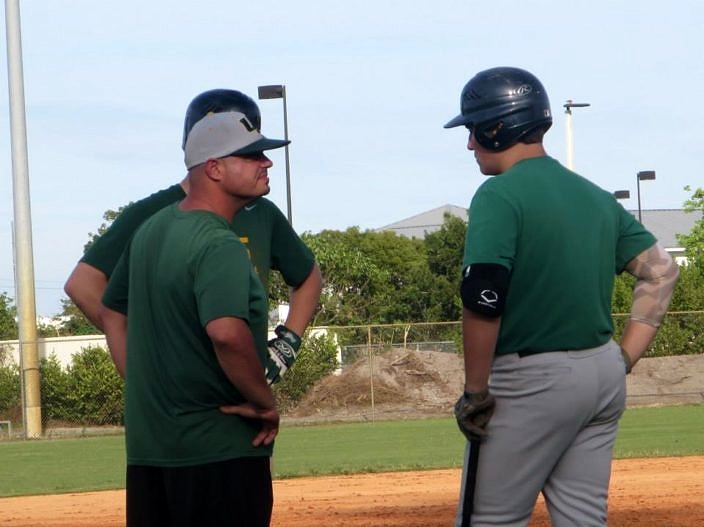 Dan Rovetto, with the University Suns in 2014. (The program switched to the Sharks mascot in 2016).

Rovetto’s return comes at an important time for the Sharks’ program, which did not field a team during the 2021 season on account of the worldwide COVID-19 pandemic and the complications it created for high school athletics. University School is part of the NOVA Southeastern University tree, and the team plays its home games on the college campus field, which was not an option in the 2021 season.

The roster essentially gone now after nearly two full seasons without playing, Rovetto finds himself starting from scratch to put the team back together again. This is an area full of capable ball players and there are lots of starting jobs available out there now for hardworking ball players, so the Sharks should expect plenty of eager faces by the time tryouts roll around next winter.

What is great is that eagerness is shared back. Even while he was away from coaching, Rovetto remained very active in the South Florida baseball scene. His love for University School never left, most evidently shown simply in his return.

“I think there is a bigger picture,” Rovetto said. “This is about developing young men to be successful husbands and fathers and workers in the community. That’s what I am about is making sure the kids are accountable for their actions, and developing them into people that we can be proud of. There are fruits of the labor in seeing kids make it to the Big Leagues like Luis Guillorme, but there is also the fruits of the labor when we send our kids to Ivy League schools and we see them come out as positive men in the community. I am starting to see that run of going to kid’s weddings that I’ve coached, and seeing them have children and be part of their lives as well. That’s what it’s really about.” 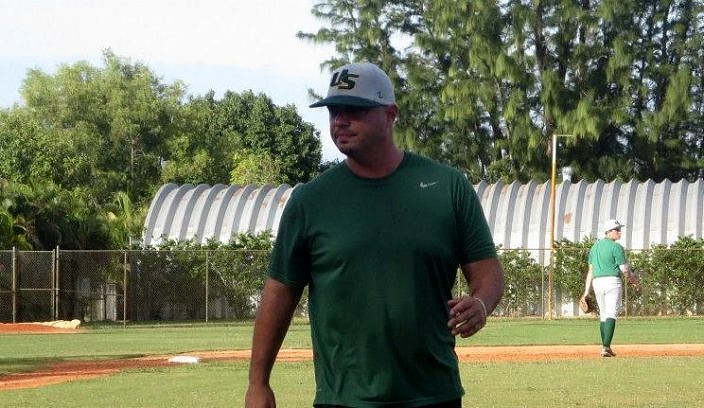 The icing on the cake is being able to coach his son, Rocco, who will be a freshman this season. This will be his first time ever coaching his son, and he is just glad to be there after missing so much from being on the road working as a pro scout the past few years.

Rovetto understands that the team will be a bit young next year. In many ways it is like starting a new program after this long layoff, something Herfurth admits makes it more exciting. But even though they did not have competitive games last year, the staff continued to take the kids that were remaining in the program and they worked out regularly. So there is a core young group of players to build off of.

“They are very committed to it, they are passionate about it, and they are young,” Herfurth said. “The program is young, but we have some really good players. So it is going to be fun watching them develop and grow. I was really happy that even when we announced we weren’t having a competitive season, the kids were still willing to go out there and work out.”

The next step now is simply to bring in more academically-minded athletes and get the numbers back up on the rosters. University has always had low numbers in athletics, but kids have also always come. Players like Freddie Sultan, Jack Schmidt and Buddy Heyward, to name just a few, have set the standard at University School. Herfurth has already seen the next guys coming up from the work they put in during this past non-season, and it is exactly what he could hope for.

“They were great. They brought a lot of energy, enthusiasm and fun,” Herfurth said. “It was great for me personally and something that I needed for my sake, because it has been a really challenging year across the boards being the Athletic Director and us not having most competitive sports this year. It has been challenging, but when I can go out to the baseball field and work with these guys that was good for my mental health. So I appreciate them very much.”