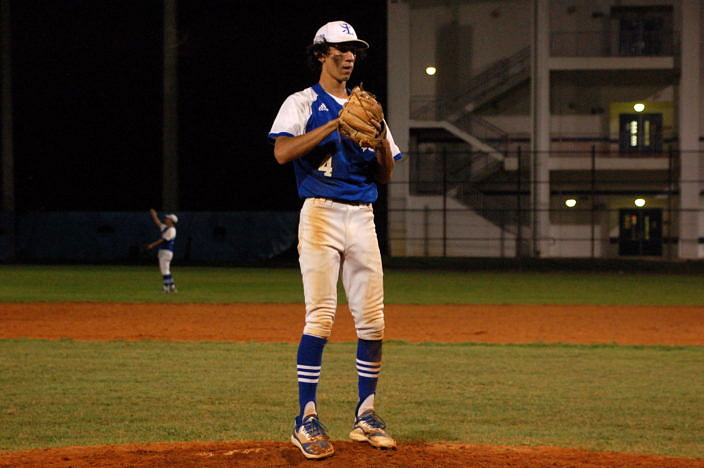 After beating Pine Crest and Boyd Anderson earlier in the week, the Fort Lauderdale Flying L’s had one goal on Friday: “Sweep. The. Week.”

As Lauderdale put together a healthy 7-1 lead in the first two innings against Piper, the chants from the dugout only grew louder. A three-game winning streak might have seemed impossible for the L’s a week ago following a 1-4 start to the season, but now the team is quite literally speaking its own success into existence.

“We did some good things again tonight,” Fort Lauderdale manager Terry Portice said. “We strung enough good things together to be successful and two weeks ago that wasn’t going to happen, necessarily. Now it’s starting to happen a little more each game … We try to break the season down into smaller pieces and one of those was to sweep the week. It’s kind of a pride thing, especially being at home for all three games this week. It was really important.”

That six-run lead turned into a 10-run lead in the sixth and final inning as the run rule went into effect. Pinch hitter Emilio Bastardo delivered the walk-off blow with an RBI single that scored Dylan Bridges and put Fort Lauderdale up 11-1. Portice said that he thought it was big deal for the team to win by 10 in this one after getting off to the hot start early on in the evening.

Senior Gavin Gonzalez nearly went the distance against the Bengals. He struck out nine in 5 2/3 innings for FLHS while allowing just one run on three hits. The bullpen needed just one pitch to get the final out of the sixth.

“It’s funny, (Gonzalez) has a tough first inning every time out,” Portice said. “He never gets out of the first inning under 20 pitches and then he settles in and does the job. He’s a bulldog mentally out there. It’s part of the reason he’s so successful.”

True to form Gonzalez allowed a run in the first frame and then retired six straight batters before running into trouble again in the fourth. A pair of strikeouts got him out of the bases-loaded jam and he worked through some command issues in the fifth to leave two more Bengals on base. He finished the night after 110 pitches but says he wishes he could’ve stayed out there for one more strikeout.

The biggest difference between the Flying L’s of two weeks ago and today’s squad is a heightened sense of camaraderie, according to Gonzalez.

“We weren’t working as a team before,” Gonzalez said. “We had to pull ourselves together as a team and have some fun. We were all being selfish and doing our own thing. We came together as a team this week and it showed that we can win if we play as one. If we’re selfish, then we can’t really do much.”

Perhaps the best example of that unselfish play is in the middle of Fort Lauderdale’s lineup. First baseman Nate Taylor and third baseman Jackson Hirsch seem to have established a bond batting third and fourth respectively for the team. Taylor bats with confidence knowing that Hirsch is likely to move him over with a single or by drawing a walk, and Hirsch never takes a man on base for granted as a freshman in one of the most important spots in the order.

That trust has also improved their chemistry on the field. One of the slicker plays of the evening came when Hirsch snagged a one-hopper hit hard down the third-base line and tagged the runner leaving the bag before rifling the ball over to first. Taylor didn’t dare ruin the double play and stretched out to pick a one-hopper of his own.

As well as Fort Lauderdale played, Piper didn’t do much to give itself a fighting chance. Starter C.J. Lowry, who manager Zach Crosno described as the team’s best, struggled to find the strike zone in two innings of work. Six walks and a handful of errors led to seven early runs, which quickly deflated the visiting dugout.

“We just didn’t execute,” Crosno said after the game. “I told them they needed to feel that because they were just not mentally into the game from the beginning. We hung our heads after the big inning and got down on ourselves.” 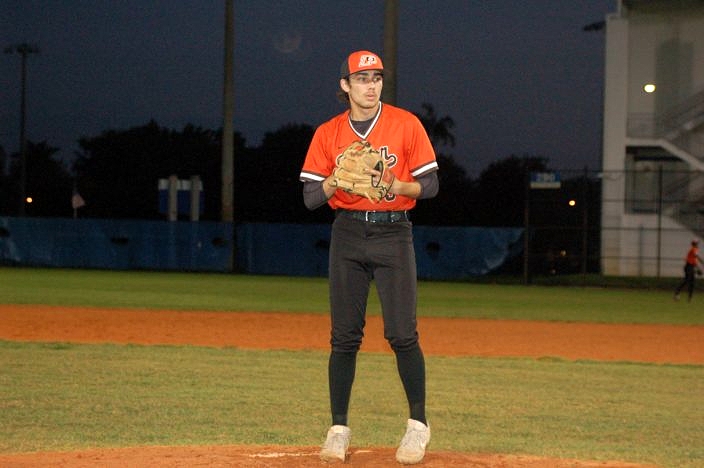 C.J. Lowry gets the start for the Piper Bengals.

Despite the disappointing loss, Crosno expects his team to bounce right back, especially Lowry. The Bengals have Stranahan on the schedule up next on Monday and then an away game at Coral Springs on Tuesday. The goal will be to shorten up some of the long swings plaguing the team right now and get the ball in play.

One approach at the plate Bengals hitters will look to emulate is that of senior third baseman Spencer Lichstrahl. The Dean College commit saw the ball well on Friday and drove in the team’s lone run of the evening. He finished the day with two hits and just missed a third on a deep flyout to center field. Crosno praised Lichstrahl’s consistency at the plate and said that the team is likely to lean on him down the stretch.

“Personally, I just want to be as consistent as possible,” Lichstrahl said. “I’ve actually been hit by a lot of pitches this season and walk a lot, but when I do get strikes I want to hit them. That’s what I did today and I’d like to be able to take advantage of situations like that in every single game.”

Crosno also praised the performance of left-hander Brandon Montes who came in relief of Lowry after throwing a 40-something pitch no-hitter against Hallandale the day before. He surrendered just a walk in his two innings on the mound.

There’s certainly talent on this Piper squad, but things just didn’t go their way tonight. Hopefully, the Bengals will be able to get back into the swing of things as the tougher stretch of the schedule comes up.