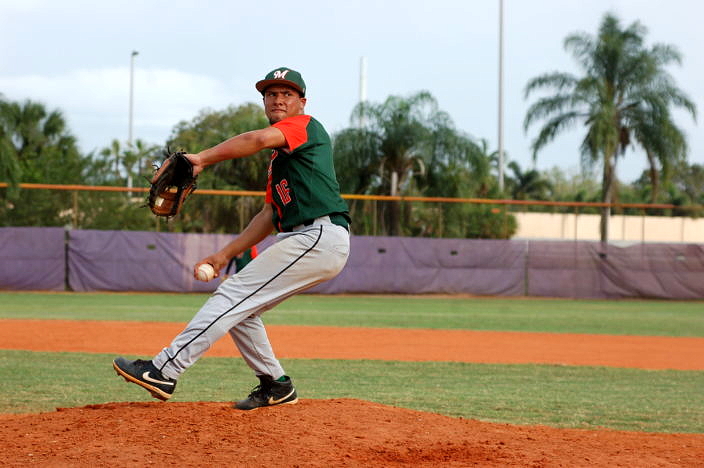 The McArthur Mustangs (4-2) didn’t need all seven innings on Monday to claim a 15-4 victory over the previously undefeated South Plantation Paladins (5-1).

The Mustangs established an early three-run lead in the first inning, and an eight-run second inning put the 10-run rule into effect. The Paladins scored in each of the first four innings of the ball game, but McArthur’s production was too much to keep up with. McArthur tacked on more runs every time South Plantation was able to cut into the lead, and a three-run home run from second baseman Tyler Smith in the top of the fourth ultimately put the game out of reach.

“We have a pretty talented team,” McArthur manager Oddibe McDowell said. “I’m excited about it, I’ve been excited about it. The camaraderie and all of those things that go into having a good team and being successful are there. Any time you get out in front of a team… I tell the kids constantly that we have a game to play and it doesn’t matter who the opponent is. If we go out with intensity, aggressiveness and play the game that we’re capable of, we’ll have a chance to win the ball game.”

McDowell’s squad certainly put themselves in a position to win on Monday, but the McArthur skipper knows that his team is capable of playing even better. Two of South Plantation’s four runs were unearned, and the pitching staff may have allowed one too many free bases on the afternoon.

“We jumped out and got ahead,” he said. “I like that, but I talk to the guys constantly about being mentally prepared and anticipating whatever it is that happens in the ball game. Again, a win is a win and we did some things great, but there are some things we’ve got to work on. I’m glad it’s early in the year. Anytime you come out with the win you have to like it. Some of the guys swung the bat really well, some good at-bats. We made defensive plays but we also missed some things and didn’t know what was going on, and that kind of concerns me.” 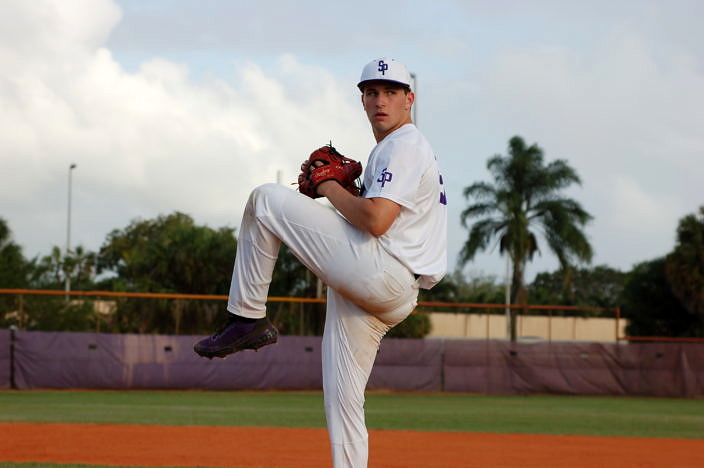 The Mustangs’ defensive gaffes didn’t seem to phase starter Matthew Zamore, who helped his own cause with a bases-clearing double in the top of the second.

“I was trying to close the game out early,” he said. “I saw that we were up  7-1 in the second and the bases were loaded, so I was trying to at least move one of them in and get an RBI. But the ball landed in a spot where he wasn’t, so it ended up clearing the bases.”

In fact, the only thing that might have slowed Zamore down was the double itself. The at-bat came as he got up to throw and keep his arm warm, and that allowed him to cool down a bit and lose command of his fastball. Zamore plunked two batters and gave up four walks over the next two innings, but those mistakes wound up being fairly harmless in the long run. He earned the win with five strikeouts and just four hits allowed.

McDowell preaches consistency, and that should help the Mustangs clean up any blemishes present in the early season.

“Game by game I want to improve,” McDowell said. “Make sure that we’re mentally into the game and playing the game of baseball. The simple, simple things of baseball. Those things that are sometimes overlooked — going from base to base, taking the extra base, being aggressive in the batter’s box, throwing strikes and getting ahead of batter on defense. Those simple things, if we do them consistently and constantly the outcome is going to be more favorable for us.”

While McArthur looks to build on this impressive win, South Plantation is left to figure out what went wrong after a strong start to the season. Close wins over Flanagan and Nova may have gone to the Paladins’ heads as the team appeared stunned after surrendering the early lead.

“[The loss] was surprising because we’ve played with a lot more life,” Paladins manager Trevor Chang-Leung said after the game. “It was good for them to reel it back in a little bit because I told them that they haven’t accomplished anything yet. 5-0 is a record. It’s not like we went [the entire season] undefeated, and that’s how they played today. They thought the other team was going to roll over for us, and that team was nice and pesky. They just came out flat.” 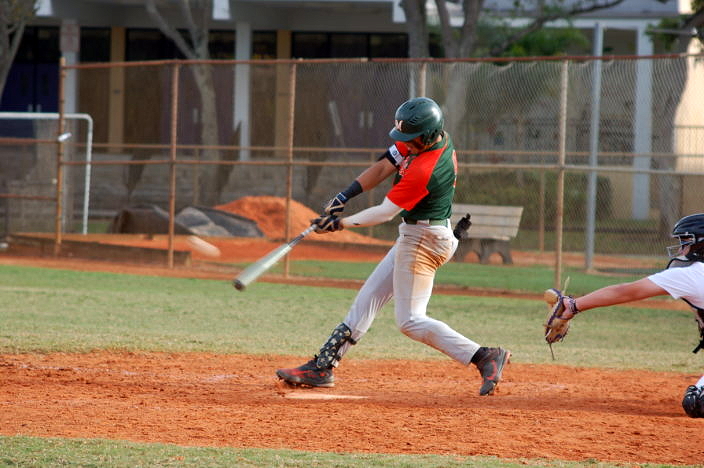 Junior Braden Thomas had an uncharacteristically short start by his standards. He was pulled after 1 1/3 innings of work, but Chang-Leung is treating it as a bump in the road for now. Senior Dylan Schwam took over after Michael Camacho struggled to get one out in relief and things calmed down a bit. He finished with a game-high six strikeouts but allowed four runs (three earned) on three hits and three walks.

“I don’t really pitch a lot,” Schwam said. “It’s more of a new thing, but I’d say for not pitching a lot I did pretty good. I had my ups and downs but you just have to keep the team going no matter what. Even with [Smith’s] shot. I knew it was gone when he hit it, but you have to brush it off and keep it moving. So what if we’re down by 10, you have to keep the energy up.”

The energy did pick up for the Paladins a bit, but it was a case of too little too late. The good news is that South Plantation is right back at it on Tuesday with a road game against Pompano. Both Schwam and Chang-Leung said that they expect the team to be back to normal against the Golden Tornadoes. In a way, this loss served as a wake-up call for the Paladins.

“We’ve built a nice little thing here,” Chang-Leung said. “We’ve got a lot of seniors who’ve been here. I think we’ve been building since the fall on what our expectations are, so playing a little better and having less than 24 hours to worry about it should be good for this team. Hopefully, we can come out and get back to the baseball we’ve been playing.”