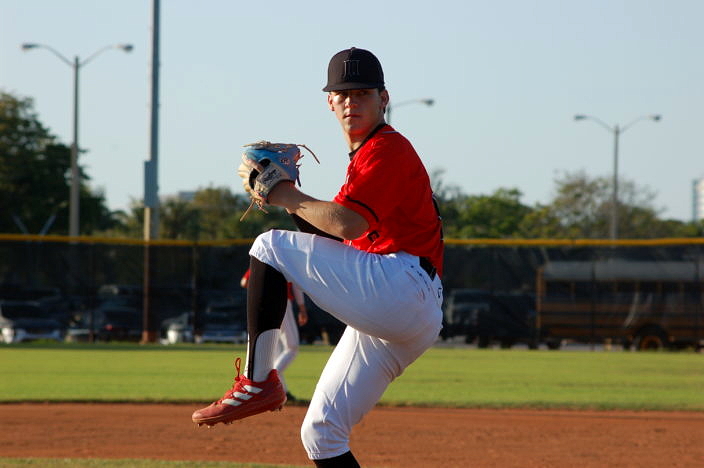 Jesse Campos gets the start for Monarch in the Knights’ return from spring break against Northeast.

The Monarch Knights (4-4) shut out the Northeast Hurricanes (1-4) on Tuesday night in both teams’ return to action from spring break.

The Knights put up 16 runs on 15 hits in four innings before the run-rule ended things early. Everyone got a chance to swing in the victory, including players typically limited to only pitching. Right fielder Hunter Nelson launched a solo home run to deep left field to kick off a nine-run second inning for Monarch. Nelson was one of several Knights who finished the night with multiple hits.

“We have some tough teams coming up, so we have to hit,” Nelson said. “We’ve struggled to hit the last couple of games and we hit really well tonight. We came in thinking that we have to play our hearts out regardless of the competition, and we did that.”‘

Nelson hopes that the one-sided victory propels his team to future success and Monarch manager Mike Ramaglia thinks that this will be the win that sparks a run after an up-and-down first half of the season.

“This (win) is exactly is what we needed,” Ramaglia said. “To just go out and have some fun, relax. We knew that we should come out here and win this game, and I think now that sets us up for the rest of the season.” 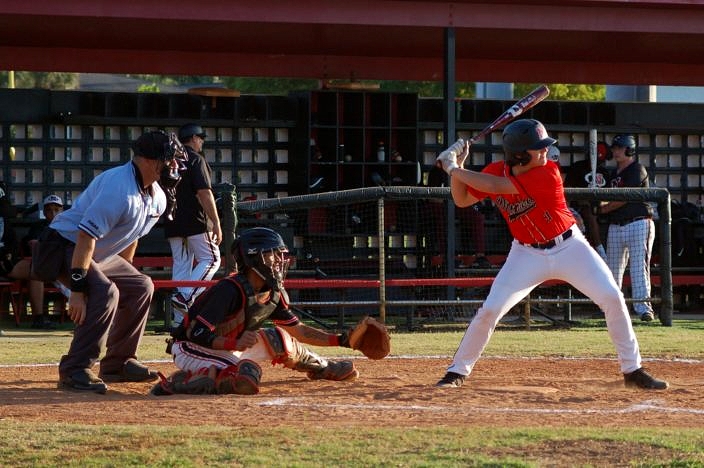 Hunter Nelson goes 2-2 against Northeast including this solo shot in the second inning.

It’s been a while since both teams have played an actual baseball game and the extended break clearly had different effects on each club. Monarch’s last game was a loss to West Broward on March 15 and that marked the end of a three-game stretch where the Knights looked baffled at the plate. The team totaled just four hits through that stretch, so this was indeed a much-needed boost on the sticks.

Monarch has just six games left in the regular season to build off this win and prepare for the postseason. Ramaglia likes the progress he’s seen from his young team and knows that much of what is learned this season will carry over into the playoffs and 2023.

“We’re a competitive team,” he said. “We’re playing very hard against difficult teams and beating teams that we should beat. But we’re still not at the level we need to be at to beat the elite. We’ve just got to work harder and keep working at it. We’re a pretty young team with a lot of juniors in the starting lineup. Many of them are just beginning to get their feet wet.”

Northeast actually had the longer layoff of the two, last playing on March 11 against Coral Glades. Not much has gone right for the program this season, and the final score wasn’t entirely unexpected. The Hurricanes have gotten used to seeing a ton of runs cross the plate as the team lacks experience and is riddled with injury.

“When you’ve got a young team and a lot of injuries, it happens,” Hurricanes manager Mike Goulette said. “You’ve just got to try and get everybody healthy and look forward to the latter part of the year when it really matters.” 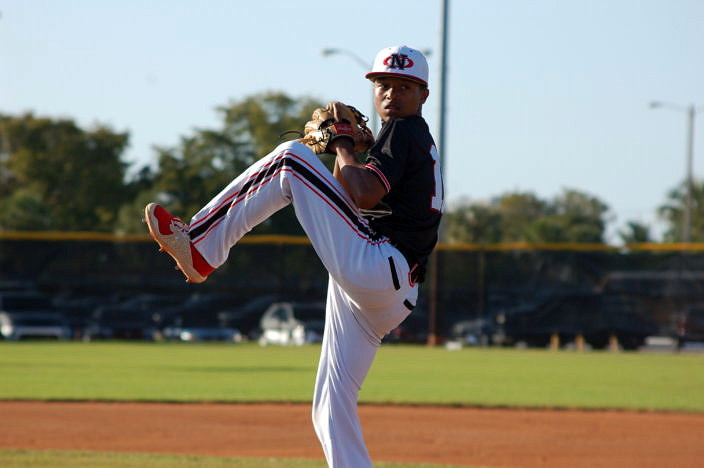 Anibel Diaz gets the start for Northeast against Monarch on Tuesday.

Northeast has lost its top pitcher, a starting catcher and a starting first baseman to injury. Yolan Luben, the team’s No. 2 pitcher and leading hitter, also joined the injury report after taking a ball to the face in the third. He’s expected to return to the team as is catcher Manny Carela and pitcher Christian Eddy.

Eddy has served as a de facto pitching coach to the team since suffering a torn ACL in what he describes as a freak football accident. It’s been difficult for him to sit on the bench while his team struggles, but he’s supposed to get fully cleared on April 1. Eddy’s senior year has been something he’s looked forward to since transferring to Northeast from Fort Lauderdale. He’s come a long way as a pitcher and is hopeful that his presence will keep the Hurricanes in more games down the stretch.

“I would hope so,” Eddy said when asked if he thinks his return will make a difference. “I’m just coming in to compete the best I can. I will give it my all. If that helps us win then that helps us win.”

The Hurricanes next play on April 7 at home against Western and should be in better health than they were on Tuesday. Expectations are limited, but there are certainly winnable games left on the schedule for Northeast.