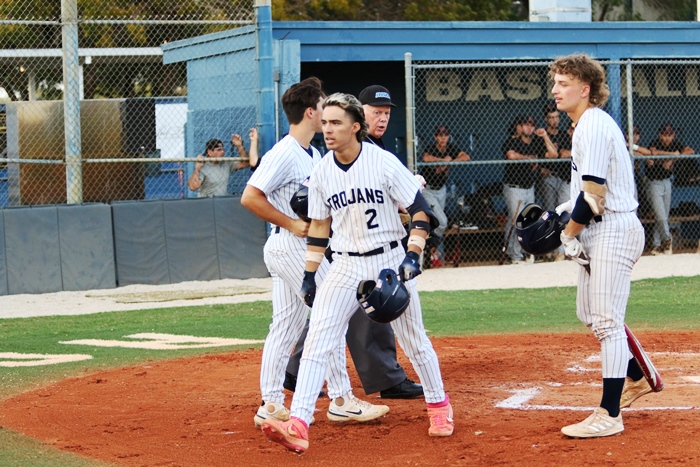 Two of the biggest storylines in Broward and Miami met on the field on Wednesday night when the current #1 HSBN team in the state, Miami Springs, traveled to face the #2 team in Broward, Taravella.

The two teams came into the game with a combined record of 25-5, and have sat at or near the top of the Power Rankings all season in their respective counties.

The Trojans sent ace Chris Scinta to the mound, while Miami Springs countered with David Davilla. Taaravella jumped to an early lead, then watched as the Golden Hawks rallied late. In the end, it was the Trojans that held on for a 6-5 statement win.

The win came after Taravella lost big on Tuesday night to #6 Western.

“It’s always a challenge to get high school players to bounce back on back-to-back nights,” said Trojans Manager Joe Giummule. “Our performance last night was uncharacteristic, and it was refreshing to not see us carry it to tonight against the #1 team in Miami.”

All did not start well for Taravella, as Hawns two-hole hitter, and Miami Player of the Year candidate Jason Torres took a pitch from Scinta and drove it opposite field for a home run. 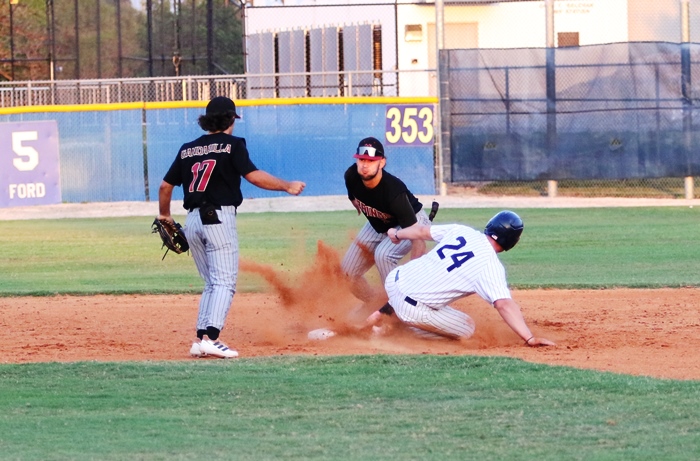 The Trojan offense, however, made it clear early that this would not be a repeat performance of the night before.

In their half of the first, EJ Burns was hit by a pitch leading off, and Jassiel Valbuena followed by answering Torres’ blast with one of his own, giving Taravella a 2-1 lead.

The offense went back to work in the second inning. Vincent Samuels scored on a passed ball, and after an Anthony Quigley single, Burns delivered a two-run home run, extending the lead to 5-1.

“We never expect to hit home runs at home as the wind is always blowing in,” said Giummule. “But they were obviously huge tonight, and gave us a nice cushion early on.”

After giving up the first inning home run, Scinta then settled into the game holding the Hawks scoreless into the sixth. Brandon Olivera, meanwhile, steadied the ship for the Hawks, giving up only one run in 3.1 innings of work.

In the sixth, the Miami Springs offense finally woke up. The inning began with Ruben Gandarilla reaching on an error. Torres followed with a single, and after a walk, wild pitch, and another walk, the lead was trimmed to 6-2.

Singles by Anthony Ruiz and Keyber Delgado cut the lead to 6-4. After adding another run on an error, the Hawks suddenly found themselves with the tying and go ahead runs on second and third. 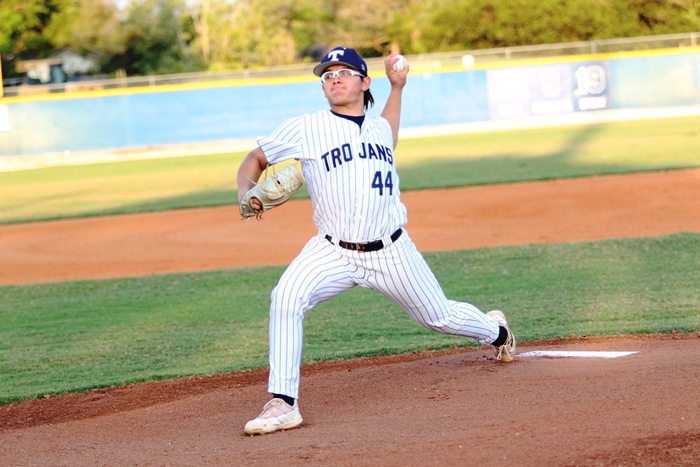 That is when reliever Derek Rodriguez locked in, and ended the threat with a strikeout. In the seventh, Rodriguez shut Springs down in order, securing the win for the Trojans.

“Derek did what Derek does,” said Giummule. “He is fearless on the mound, and lives for opportunities like the one tonight.”

The loss was only the second of the season for the Hawks, who will look to rebound on Friday night when they travel to face Florida Christian.

Taravella, which improved to 12-3, will close out their week in a crosstown match-up on the road Friday evening against Coral Glades.