Written by Anthony Uttariello on May 11th, 2022 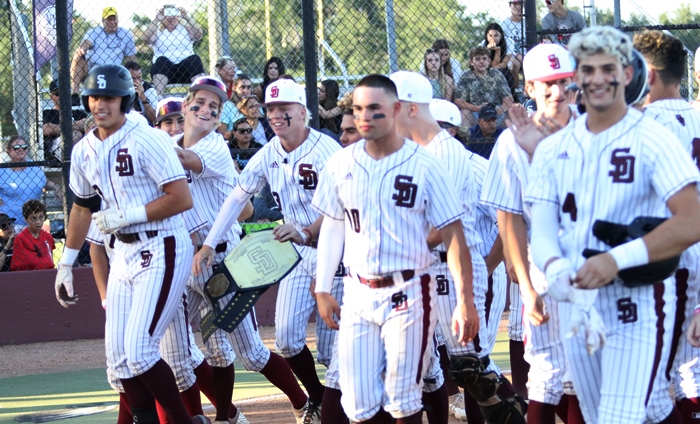 This is nothing new for Douglas and Taravella. The rival teams, separated by only a few miles in North Coral Springs, have been going at it in district play for years.

What has changed, however, was that Taravella has recently upped their game to match the Eagles, and nothing exemplifies that, and the rivalry, more than this season.

On Tuesday, Douglas and Taravella took care of business in their 7A regional quarterfinals, the Eagles beating West Broward 8-4, and the Trojans traveling to Miami to handle Palmetto 13-1.

The wins, set up a winner-take-all tiebreak game on Friday night, with Taravella winning the first game of the season 4-3, and Douglas taking home the district title last week 5-0.

“Playing Taravella should be a great game on Friday in a win or go home scenario,” said Douglas Manager Todd Fitz-Gerald. “They are a very good team, and we look forward to the opportunity.”

“I’m sure the boys will be excited to play Douglas again on Friday, as we did not play well last week against them.” 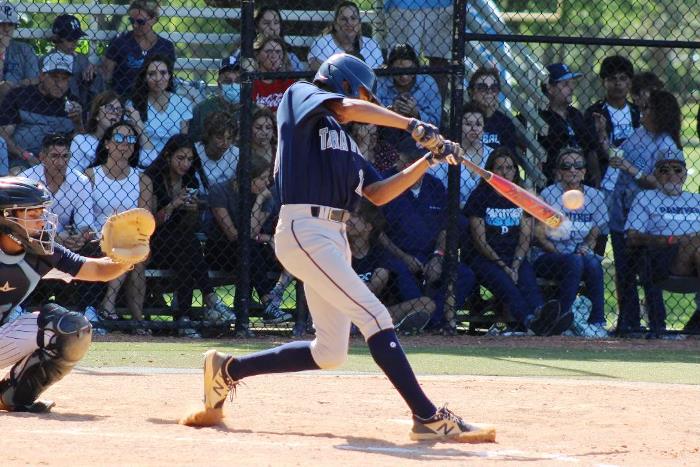 As for Tuesday’s games, both teams used an aggressive style to jump out early on their opponents.

In Parkland, Douglas had to deal with potential high round MLB draft pick Sebastian Perez and the gritty West Broward team. The Eagles sent their own bulldog to the mound in ace Christian Rodriguez.

The pair matched zeroes early, but not without some drama. The Eagles had runners on in the first inning before Perez worked out of the jam.

The Bobcats had their best opportunity in the game when they loaded the bases with one out, but Rodriguez was able to strike out the next two batters and escape with the game still scoreless.

In the bottom half of the inning, Chris Arroyo stepped to the plate and immediately seized the momentum, and the lead, by driving a ball over the right-field fence for a solo home run.

From there, the Eagles offense was off to the races, continually putting together good at-bats and approaches against one of the top pitchers in South Florida.

“I was really happy with the way we swung the bats offensively,” said Fitz-Gerald. “I couldn’t be happier for the kids. They were locked in today from the get-go.” 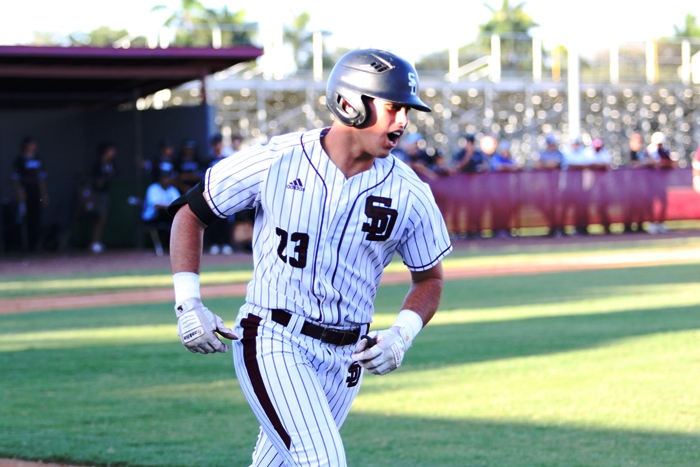 The Bobcats were able to put up a few runs late, after Douglas had built a 6-0 lead, but it wasn’t enough to take down the defending national champions.

While Douglas was handling their business up north, Taravella was making sure that an upstart Palmetto team, who shocked everyone last week by winning the 7A-16 title, had no ideas of a repeat performance on Tuesday.

Trojans starter Ryan Meekins gave up a hit and a run early, in the bottom of the first, and then settled down, not allowing another hit in his four innings of work.

The offense meanwhile, scored four runs in the second inning and another in the fifth. It was in the top of the seventh, however, where the Trojans put the game out of reach, sending 12 batters to the plate, and scoring 8 runs. Taravella had three extra base hits in the inning, including a triple by Edgar Marquez, and doubles by Vincent Samuels and Aris Rivera. Marquez had two hits in the inning. 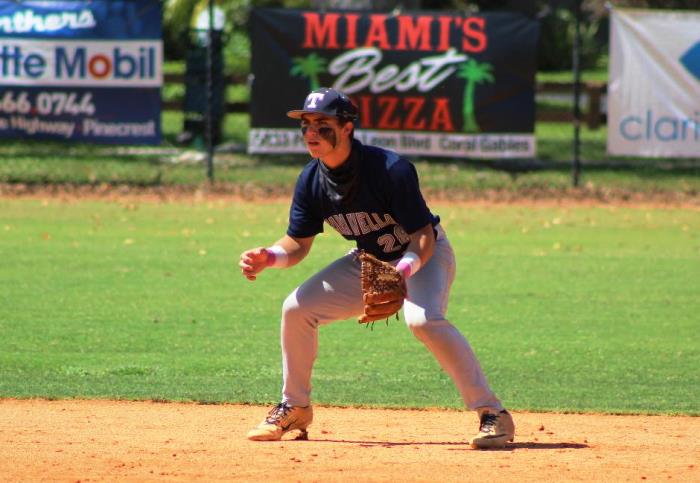 On the day, the Taravella offense pounded out 14 hits, led by Marquez, Samuels (2-for-4), Derek Rodriguez (2-for-3), and John Lopez’ three hits and three RBIs.

“I think our past experience playing in the regional final last year down in Miami at Columbus, and our overall schedule prepared us for today,” said Giummule. “I’m proud of the way the boys played today. It was our all around complete game, and couldn’t have come at a better time.”

The two teams will square off at Douglas on Friday, at 6PM, with the winner moving on to the regional championship game.