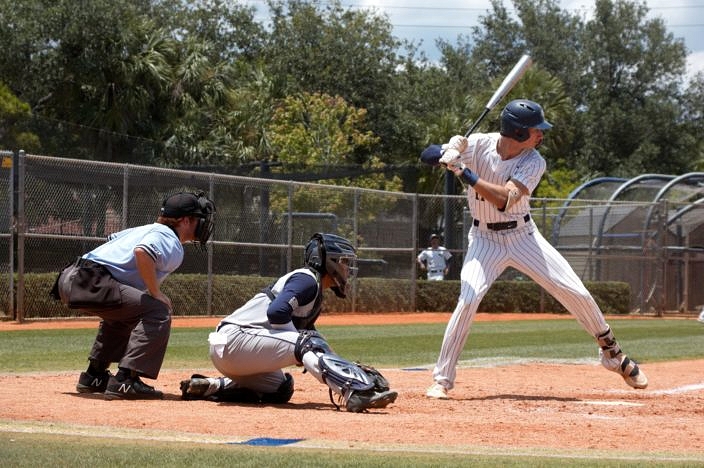 It’s hard to miss Yoel Tejeda Jr. when he steps on the field for North Broward Prep.

When he’s not leading the team on the mound, he’s delivering at the plate as he did on Saturday in an 8-2 regional semifinal win for the Eagles over the Gulliver Prep Raiders. Tejeda kicked things off in the first inning with a three-run homer and added another RBI with a sacrifice fly in the sixth. He’s also every bit of his 6-foot-7-inch listing but it’s hardly the most remarkable thing about him. The Florida commit has made a point of stepping up for the team whenever possible, and it has the Eagles headed to the regional finals on Tuesday against Westminster Christian.

Eagles manager Brian Campbell didn’t deny the impact Tejeda’s early home run had on the game, especially with Ryan McPherson, who is committed to Mississippi State as a sophomore, on the mound. The Eagles had the momentum well within their grasp from the onset of the game and never really looked back except to say goodbye to the visiting Raiders.

“Absolutely, (Tejeda) with that three-run homer and Ryan (McPherson) settling in on the mound set the tone,” Campbell said. “I thought we played a pretty clean defensive game as well, so I was pretty happy with the way the guys came out to play today.” 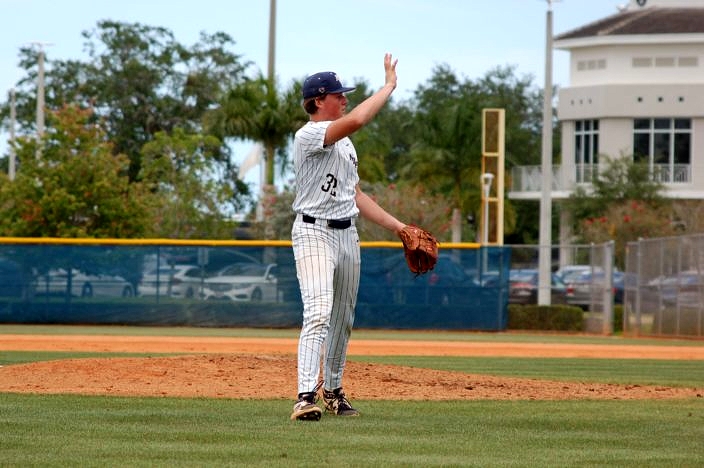 Ryan McPherson waves goodbye to the Raiders after getting out of a jam in the fifth.

McPherson was, as expected, very strong on the mound. Admittedly, his curveball was off, but he finished out five strong innings with only one earned run given up and a pair of strikeouts. Jonathan Xuereb, who went 3-for-4 at the plate with two RBIs, came in to close out the final two innings of the game.

“Everything felt good except for my curveball,” McPherson said. “I hung one up to my friend Ethan (Puig), we were on team USA together. It was fun, though. I got him out two times and he hit that one home run off me, but I had a lot of good pitch calls by coach Cooney. That helped me out a lot, and I just hit my spots with my fastball and my cutter and trusted my defense.”

McPherson said he enjoys pitching in the big games and felt like this one had a level of intensity that helped him thrive. Tejeda confirmed that the team came into the game with a bit more energy than usual after being shut out by the Raiders at the end of April.

At the time of the victory, it was unknown who the Eagles would be playing in the regional final, but Campbell acknowledged both teams as legitimate threats to the team’s back-to-back championship dreams.

Signs that read “140 miles” are plastered in North Broward’s dugout. That’s the distance from the Eagles’ home field to the Lee County Sports Complex in Ft. Myers. With one win to go before they can schedule the buses for the state tournament, Campbell is making sure his team doesn’t get ahead of themselves.

“We’re very focused,” he said. “That’s been the goal all year long, to travel those 140 miles across Alligator Alley and give ourselves a chance to win a state championship. We still have a ton of work to do before we even think about though, with a really good team to play on Tuesday in either Florida Christian or Wetminister Christian. Both teams are outstanding, so we’re looking at Tuesday before we look at anything else.” 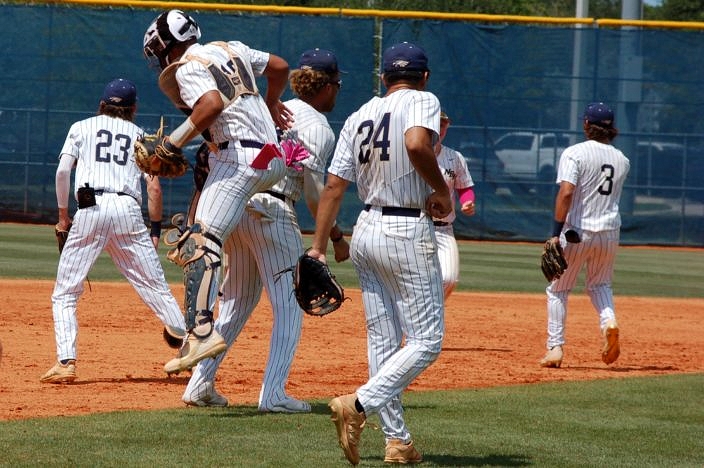 The Eagles celebrate one last time on their home field before heading to the regional finals.

While North Broward prepares for what’s next, the Road Raiders’ season has come to an end after an impressive and perhaps unlikely run to the regional semifinals. A strong regular season performance earned them a bid into the regional tournament and they managed to upset Monsignor Pace, who was ranked second in the Miami-Dade power rankings heading into the playoffs. Gulliver’s manager Chris Leon didn’t make excuses for the loss and praised North Broward for being such a quality team.

“If you give free base runners and walks in a time like that, it’s going to hurt you,” he said. “So when you give the team extra at-bats, they’re going to make you pay, especially a team like that who won the 4A state championship last year. They’re ready for it, and we obviously played a good last game against Pace and did our thing, but today the ball just didn’t bounce our way…

“Unfortunately, our season is over. I hope these kids enjoyed playing playoff baseball because we thought it was over when we lost to SLAM in the district semi. We got to continue and get in there with the new system and played some good ball — just not good enough today.”

Although a team’s worth of players (nine) is departing from the program after graduation, Gulliver returns several key players in the lineup and on the mound. Puig, shortstop George Lombard Jr. and Brixton Lofgren, who pitched a complete game against Pace, are all set to the lead team in 2023. For them, Leon is hopeful that they took something away from this level of competition.

“I know that playing in games like this, there’s no way to teach that,” he said. “There’s no way to replicate it in practice to be completely honest. Intersquads only go so far. So, getting this experience is a plus. Obviously, that’s what this program was able to do. Real recognizes real and North Broward is real. I’m just trying to put Gulliver Prep back on the map because there’s some rich history at Gulliver and the academics are great. The baseball program is on the rise while I’m here.”