Written by Anthony Uttariello on May 12th, 2022 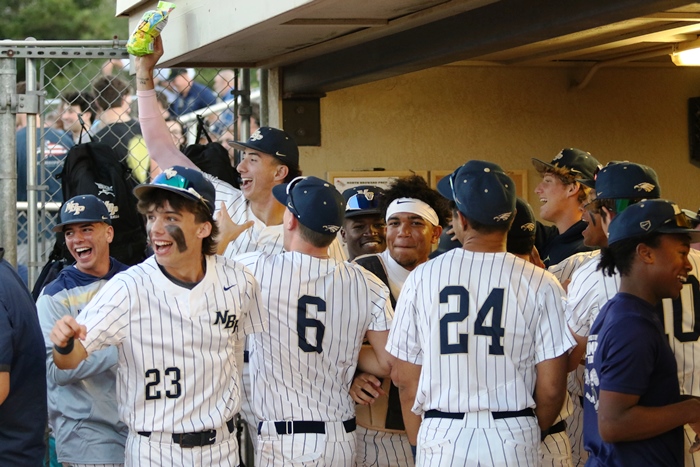 Two things happen when a team wins their first state title in school history. The first is that a large target is placed on their back the following season, making it harder to repeat.

The second is that the team expects things to go their way, and tend to get the little breaks needed to win at an elite level.

Both were on display Wednesday night at North Broward Prep when the defending state champion Eagles opened their regional defense against Coral Springs Charter, a team the Eagles defeated for the district title just five days earlier.

The two teams both sent their aces to the mound, and the expected pitchers duel played out, but in the end it was North Broward Prep that prevailed 5-1 to advance to the regional semifinals.

“We knew it was a going to be a battle today,” said Eagles Manager Brian Campbell. “AJ (Prendergast, CS Charter starting pitcher) threw a great game, and worked out of a few jams, we have to tip our hat to him for his performance today. And on our side, Yoel (Tejada) was just amazing. It was a fun game.”

Tejada worked himself into a jam in the first inning, allowing a pair of walks, and eventually leaving runners in scoring position by striking out two Panthers to end the inning.

“I was a little amped up to start the game,” said Tejada. “Coach came out, and I had to take a deep breath and just settle down. Once that first inning was done and the adrenaline dropped, I started to hit my spots a little better.” 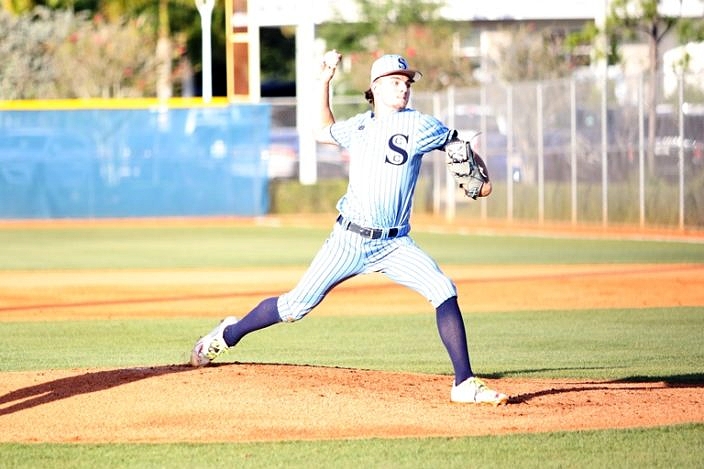 Prendergast, while giving up a few hits, was matching Tejada pitch for pitch, into the fourth inning. That is when Eagles sophomore AJ Cutler had perhaps the biggest at-bat of his young career. With two runners on base, Cutler lined a double down the right field line, gving North Broward a 2-0 lead.

“I was just sitting back,” said Cutler. “My first at-bat he threw me a couple curve balls, so I was just waiting back, looking for a ball I could drive somewhere.”

From there, Tejadaa continued to roll, only facing one more threat in the sixth inning. After putting two runners on base, Campbell went to his bullpen, and while they gave up a run, cutting the lead to 2-1, the bullpen was able to wiggle out of the jam.

In their half of the sixth, the Eagles bats put the game out of reach, aided by a bad hop, that turned into a two-run single.

“We had guys on base throughout the game, and we weren’t able to get the big hit up until that sixth inning,” said Campbell. “But obviously once you score those three insurance runs, you feel much better about the game and the situation.”

The Panthers, who advanced to the regional semifinals last year, and took the Eagles to 11 innings on Friday night, went down in order in the seventh, moving NBP one game closer to defending their title.

“It’s a new season for us,” said Tejada. “But we have a lot of confidence that we can play the game the right way and get the results we are looking for.” 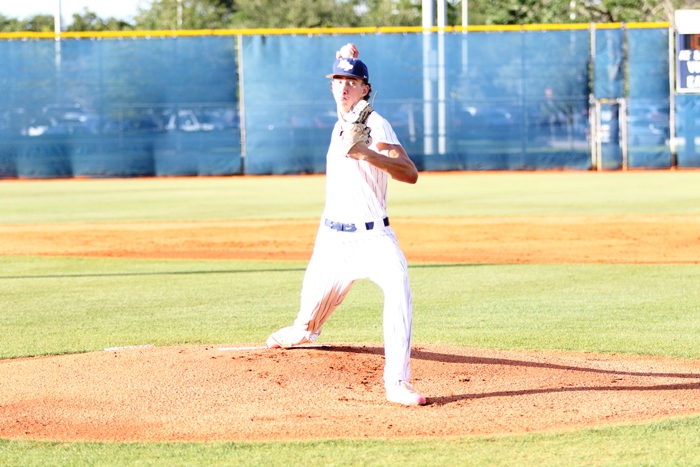 Not only did the Eagles win Wednesday, but they received news shortly after the game that the top seed in the region, Monsignor Pace, was upset by Gulliver Prep. That sets up a match up between the Raiders and the Eagles Saturday afternoon. The eagles will be home for the rest of the regional playoffs should they keep winning.

“It’s always great to play at home,” said Campbell. “You have your regular routine that you are used to, and the home crowd behind you. At the end of the day it’s still baseball, and we have to focus on executing if we want to keep advancing.”