Western Advances To Regional Semis With Win Over Southwest 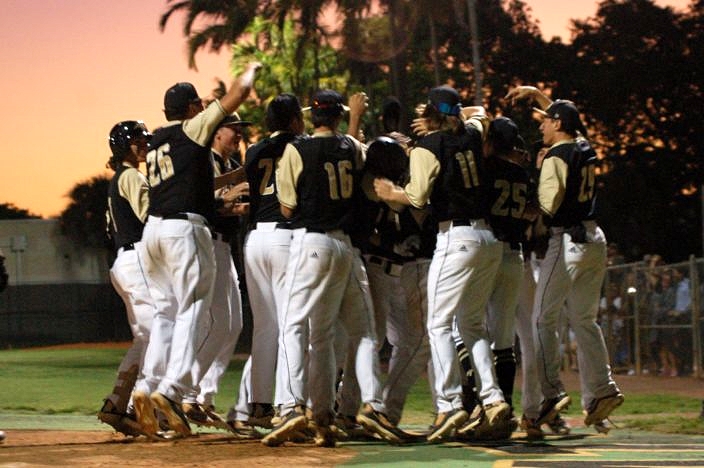 The Wildcats mob Sean Kaelber at the plate after a go-ahead, three-run homer in the fourth.

Western got one step closer to a trip to Ft. Myers on Tuesday with a 9-3 home win over Southwest Miami in the 7A regional quarterfinals.

Things didn’t start off too hot for the Wildcats (22-5), who let the Eagles (21-7) get out to an early 2-0 lead in the first inning. Western then left the bases loaded in each of the first two innings, scoring just one run on a hit by pitch. Southwest added another run in the second and Western once again failed to capitlize on what should have been a big inning in the third. Another run crossed thanks to an Eagles wild pitch making it 3-2 and Wildcats manager Onel Garcia decided it was time to give his team a wake-up call.

“Basically, to two or three guys I was like ‘that’s it, I’m done with you, I’m going to pinch hit for you unless you change your approach,'” Garcia said. “I want my guys swinging the bat. I know we strike out a lot. Everyone sees that, but we also hit a lot. Some of these guys, I’m trying to get them ahead earlier in the count. If you strike out a lot, the easy fix is to not get on two strikes. Put the ball in play and let’s cut that back.

“We’ve got a pretty relentless offense, one through nine, and we left eight on base through the first three innings. But we kept going and going. We don’t give up.”

With potentially four innings left in the season, Garcia sent out his final warning and the Wildcats answered emphatically. At-bats turned into battles and the momentum began to shift. With two men on, Leandro Perez battleed through a 12-pitch at-bat only to come up short and strikeout. But that was only the first out of the inning, and first baseman Sean Kaelber was ready to advantage of a pitcher that had just fought a war on the mound. Kaelber sent a 2-0 fastball over the right field fence and gave the hometown Wildcats their first lead of the night. 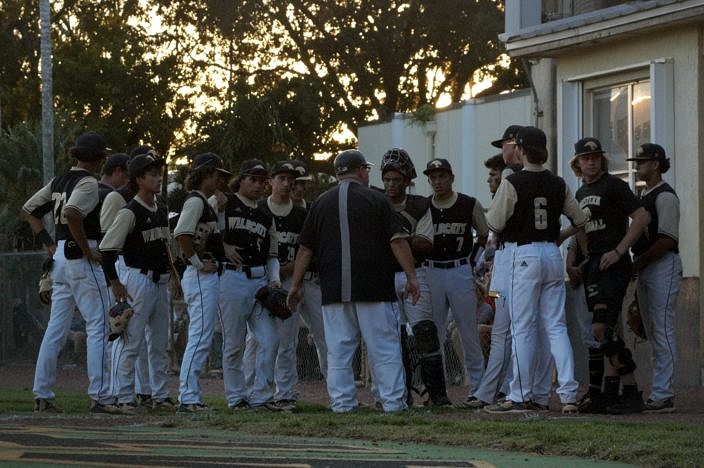 Wildcats manager Onel Garcia addresses his team heading into the fourth inning down 3-2.

A 5-3 lead was anything but safe for Western, but a four-spot in the fifth inning helped secure the win. Designated hitter Kristian Noriega, shortstop Danny Ortega, second baseman Luis Lorenzo and third baseman Enrique Sierra all finished with two hits. Noriega seemed to be involved in every key moment of the game. He was the hit batter that scored Western’s first run of the game, he got the single to put two men on for Kaelber’s homer and he drove in a run during the fifth-inning insurance push.

“I thank God every day that he gave me the talent to be playing,” Noriega said following the win. “My mindset is just trying to get ahead to help out my team. I was extremely happy when I got the single (after being hit twice), then Sean hit the home run. That was big and it says we know we can hit.”

On the mound, Mason Blocker threw 4 2/3 innings of solid ball for the Wildcats. He struck out six while giving up three runs on five hits and three walks but most of the damage came in the early innings. Blocker earned the win and watched a combination of Alex Pena and Jason Braverman close things out for his club.

“(Blocker) doesn’t have the best stuff on our team but he’s a big competitor,” Garcia said. “He’ll throw strikes and he knows how to pitch to win. I like that, so right now we’ll ride him as far as he can go. And Pena has been outstanding in relief the last three or four games, so we’ll probably stick with that if we can.” 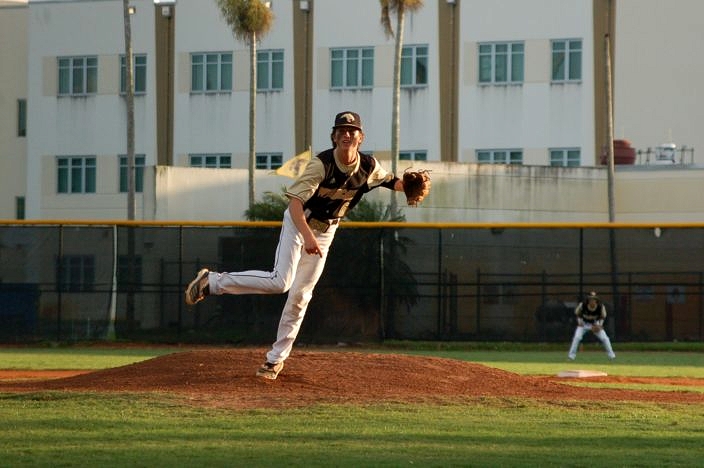 Mason Blocker delivers a pitch in the top of the second inning.

For Southwest, everything looked good on Tuesday until it didn’t. Loyola commit Lucas Elissalt kept the team in a winning position through three innings, but a high pitch count led to an early exit and the bullpen couldn’t hold things together. Erick Juvier was the first man out of the ‘pen and took the loss after giving up the three-run bomb. Matthew Fernandez was in next to finish out the inning but the damage was already done. Freshman Jesus Moreno pitched a clean two innings to close out the game.

“No, I didn’t expect (the struggles from the bullpen),” acting head coach JC Diaz said.” Our pitching staff has been very good all year long, so we expected them to come in and shut it down. It just didn’t happen. You’ve got to give kudos to (Western). They had good hitting today. They were swinging the bats pretty well.”

Errors may have disrupted the flow of things, but Elissalt isn’t blaming anyone but himself for the loss. He’s usually capable of much more and would have liked to have given his team a better chance to win.

“I don’t like to blame anybody for anything,” Elissalt said. “The team wins or the team loses as a whole. If anything, I’d blame myself for not having the best day possible. 84 pitches in three innings is not me. If I go four or five like I wanted to, maybe we’re in it.” 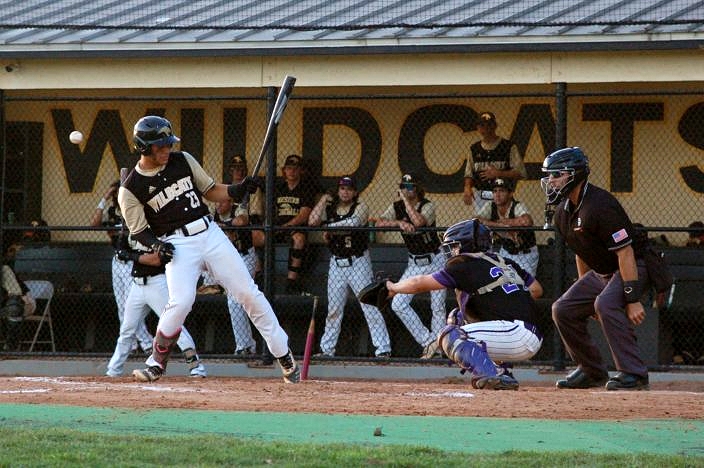 Kristian Noriega is hit for the second time in as many innings by Southwest.

That wraps up the season for Southwest and a handful of key players will move on following graduation. The Eagles are returning several players, though, and there’s plenty to be optimistic about with the program. Losing a game like this as an underclassman can be a vital learning opportunity in years to come.

With the win, Western advances to the 7A regional semifinals and will face No. 3 seed Columbus at home. Garcia said that his team will be going into the game essentially blind, but he knows that the Explorers are a good ball club and that his squad will need to be at its best once again. The 2021 season ended in the regional semifinals, and Garcia wants a shot at Douglas or Taravella.