Westminster Repeats As 2A-15 Champions 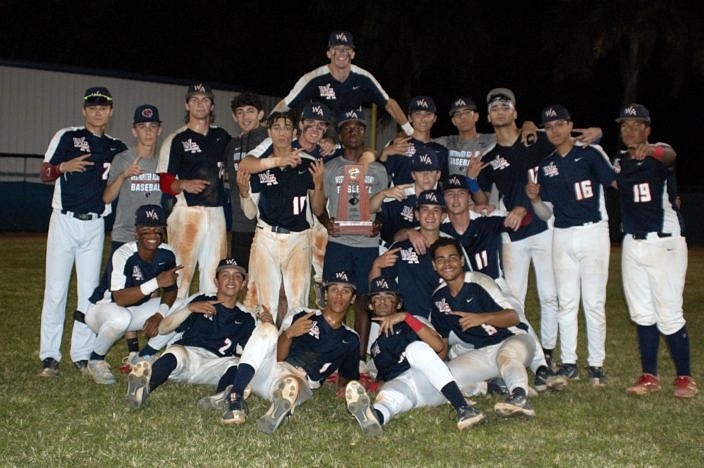 The Lions of Westminster Academy are your 2022 2A-15 district champions.

It took Westminster until the sixth to finally break through against Sagemont in the 2A-15 district championship, but the Lions in navy blue claimed a 6-2 victory and their second-straight district title.

The big moment came on a pinch-hit bunt from Michael Cespedes in the sixth inning that led to an error and the ball being sent into left field. Everyone was safe on the play, including catcher Jacob Serrano who crossed the plate to break a 2-2 tie that had held since the third.

“I’ll be honest, I didn’t want to pinch hit there because I had faith we were going to come through with a hit,” Westminster manager Ernie Gonzalez said. “But my assistant coaches wanted to pinch hit and put our best bunter in, so I listened to them and we took it from there. That was the bunt that changed the whole outcome of the game. Michael Cespedes laid it down, they threw it away and we took the lead.”

Cespedes didn’t mind being the man of the hour, but he’s not adding “professional bunter” to his résumé and business card just yet.

“I mean, I’ve gotten them down for sure,” Cespedes said. “I don’t know if I want to be known as a bunter, but, hey, if I get it done for the team that’s all that matters to me.”

The momentum shifted after that play and Westminster added three more insurance heading into the top of the seventh. Frankie Russo, who took over in relief for starter Landon Petrisko, closed things out with a 1-2-3 final frame. It’s a hard-fought victory and another chapter in what seems to be a decent rivalry between Westminster and Sagemont.

“First off, all glory to God. I’m so blessed to be at a great program with a great school and a community with great parents,” he said. “Hats off to Sagemont, they’re a great ball club. They’ve battled us since last year, and we were fortunate enough to come out with the win thanks to defense and execution.” 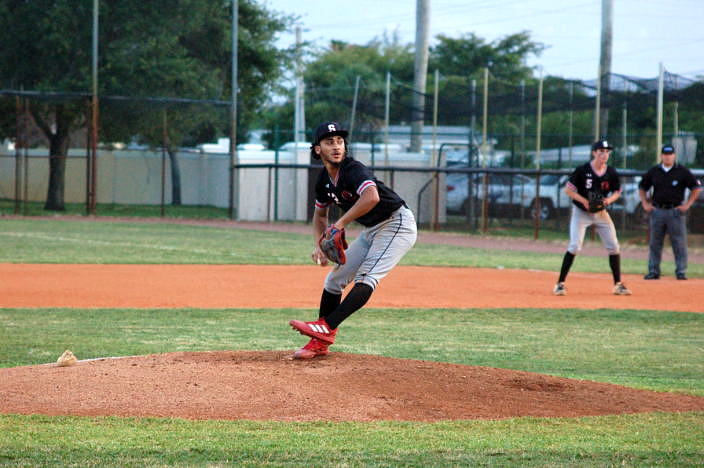 Fayvan Suarez carried Sagemont all night on the mound.

Despite earning the loss, Fayvan Suarez was electric for Sagemont on the mound Thursday night. He threw nearly 100 pitches over five innings and struck out four. A glance at the scorebook doesn’t do him justice as many of those seven walks came on borderline pitches that would’ve been called on a different night. Eric Vega came in to finish the sixth.

“He’s (Suarez) my ace, man,” Sagemont manager Alex Gonzalez said. “In the last inning, he got tired. He threw a few pitches right there in the zone, but, you know, balls are balls and strikes are strikes, can’t do nothing about it. He threw the best he can and gave it his all.”

It’s not the outcome Gonzalez was looking for, but he can’t help but be proud of his club, a group of 11, that fought throughout the season to the program’s best record since 2018. Westminster is a quality team and Gonzalez says they wouldn’t mind matching up again with them in a regional game if they make it.

“It was a great game,” he said. “We played this kind of game earlier in the season, they beat us on a walk-off. They’ve got a good team that will fight to the end, but I’m very proud of my boys. I do the best I can. We have a small roster.” 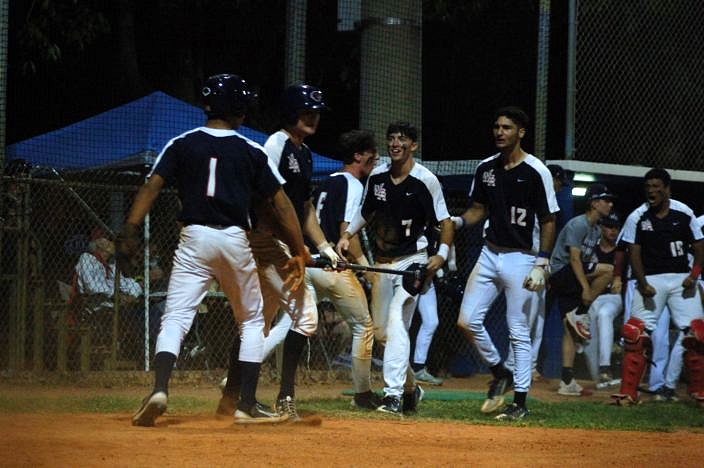 Westminster players surround catcher Jacob Serrano at the plate as the tie is broken in the sixth.

The FHSAA will release the regional matchups over the weekend and Westminster is looking forward to what’s ahead. Whether they find success or failure, it’s an opportunity for a young team to gain valuable experience on one of the state’s biggest stages.

“Since day one we’ve said that we don’t play to win district championships,” he said. “We play to be the best and win the last game of the year. I feel that we have a young and talented team and that they’ll leave it all on the field. Hopefully, this great season continues, and we’ll be back next year with all these underclassmen I have too.”

The other 2A district champions in South Florida are Miami Christian (24-3), John Carroll (18-9) and Trinity Christian (13-6-1). District runner-ups are likely to make it once again, so that rematch could end up happening down the road. Until then, Westminster can celebrate its accomplishments.