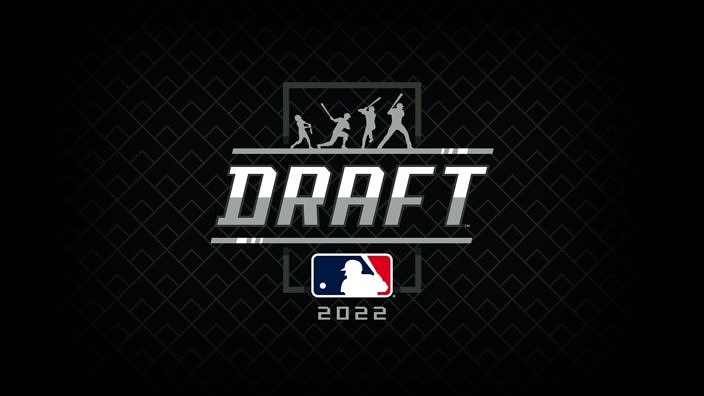 This Sunday, July 17th, marks the first of three special days, with the 2022 Major League Baseball Amateur Draft. Across the nation, the top baseball prospects anxiously await that moment when they hear their name called – and that includes many of our own special players from within the HSBN community in Florida.

The 2022 MLB Draft will take place over a three-day span. Sunday night opens with the first two rounds of selections, a live event held in Los Angeles ahead of the 2022 MLB All Star Game. Rounds 3-10 will then be held the following day, July 18th, starting at 2:00 PM, and rounds 11-20 wrap up the event beginning at 2:00 PM on July 19th.

Several familiar names figure to be heard within those twenty rounds. 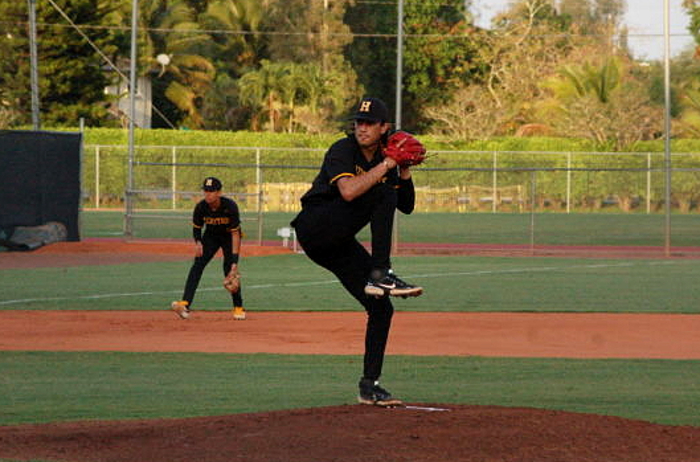 Sunday night opened with a high school shortstop being selected first overall, as Stillwater High, Oklahoma’s Jackson Holliday was chosen by the Baltimore Orioles. A total of 14 high schoolers were chosen in the opening round, which included American Heritage-Plantation left-hander Brandon Barriera being selected #23 by the Toronto Blue Jays. With the Compensation Pick as the 32nd and final selection of the opening round, the Cincinnati Reds picked two-time HSBN Miami-Dade Player of the Year Sal Stewart, from Westminster Christian.

Across the college baseball landscape are many former Florida high school stars who went on to elevate their game in college and now sit poised to live their dreams as draft-eligible collegians. Campbell shortstop and former Coral Park standout Zach Neto leads the way as the first of this group to be chosen, as he was taken 13th overall by the Los Angeles Angels. Neto made school history by being the first player in Campbell University history to be selected in the first round. 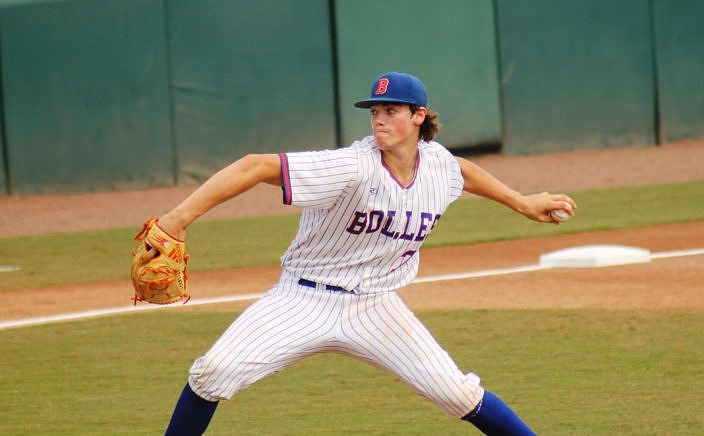 Before he was a Florida Gator, Hunter Barco played in two state championships with the Bolles Bulldogs.

Neto was not the only homegrown collegian who heard his name called on the opening night. Former North Marion outfielder Sterlin Thompson was also drafted on Sunday, as the Florida Gator was taken 31st overall by the Colorado Rockies. Before moving on to Florida State University, Parker “Ice Man” Messick won a state championship with the Plant City Raiders in 2019. Messick was projected as the #54 overall prospect, and that was exactly where he was taken by the Cleveland Guardians on Sunday night.

University of Florida left-hander Hunter Barco won a high school state championship with Bolles in the 2017 season, and returned to the championship game the following season. Even despite the fact that Barco is currently recovering from Tommy John Surgery, the Pittsburgh Pirates selected Barco with the 44th pick. 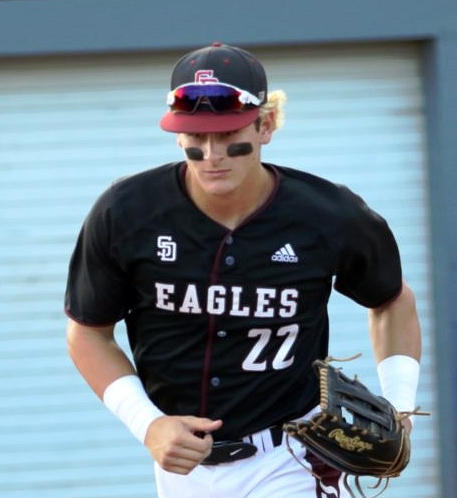 Douglas’ Roman Anthony was taken #79 by the Boston Red Sox.

A pair of homegrown pitchers also find themselves in the conversation among the Top 100 draftees. University of Florida right-hander Brandon Sproat previously competed at the state tournament with his Pace Patriots during the 2018 season, and University of Miami southpaw Carson Palmquist (Riverdale) is also expected to be taken in the early rounds.

Sproat is not the only former Pace Patriot on the draft board, as senior right-hander Walter Ford went to the Seattle Mariners with the 74th choice. Ford was originally in the 2023 draft class, but he reclassified this season and now finds himself as an MLB draft pick at age seventeen. He turns 18 in August.

The 2022 HSBN Broward Hitter of the Year was also the final homegrown player selected on Sunday, as Douglas outfielder Roman Anthony was chosen by the Boston Red Sox with the 79th pick in Round Two. Anthony helped lead Douglas to back-to-back state championships the last two seasons, and now joins a franchise loaded deep with fellow Floridians such as J.D. Martinez, Josh Winckowski, Tyler Danish, Jeter Downs and Triston Casas.